Large areas in the seaside pilgrim town of Puri and other places were submerged with water as heavy rains battered the entire coastal belt of the state.

Bhubaneswar: Extremely severe cyclonic storm ‘Fani’ made a landfall in Puri on the Odisha coast on Friday morning, triggering heavy rainfall coupled with high velocity winds with speed of 175 kmph in vast areas.

Large areas in the seaside pilgrim town of Puri and other places were submerged with water as heavy rains battered the entire coastal belt of the state.

Several trees were uprooted and thatched structures destroyed at some places including Bhubaneswar.

“The cyclone has entered the Odisha coast at Puri around 8 am and it will take around three hours for the entire landfall process to be completed,” director of the Regional Meteorological Centre, Bhubaneswar, H.R. Biswas said. 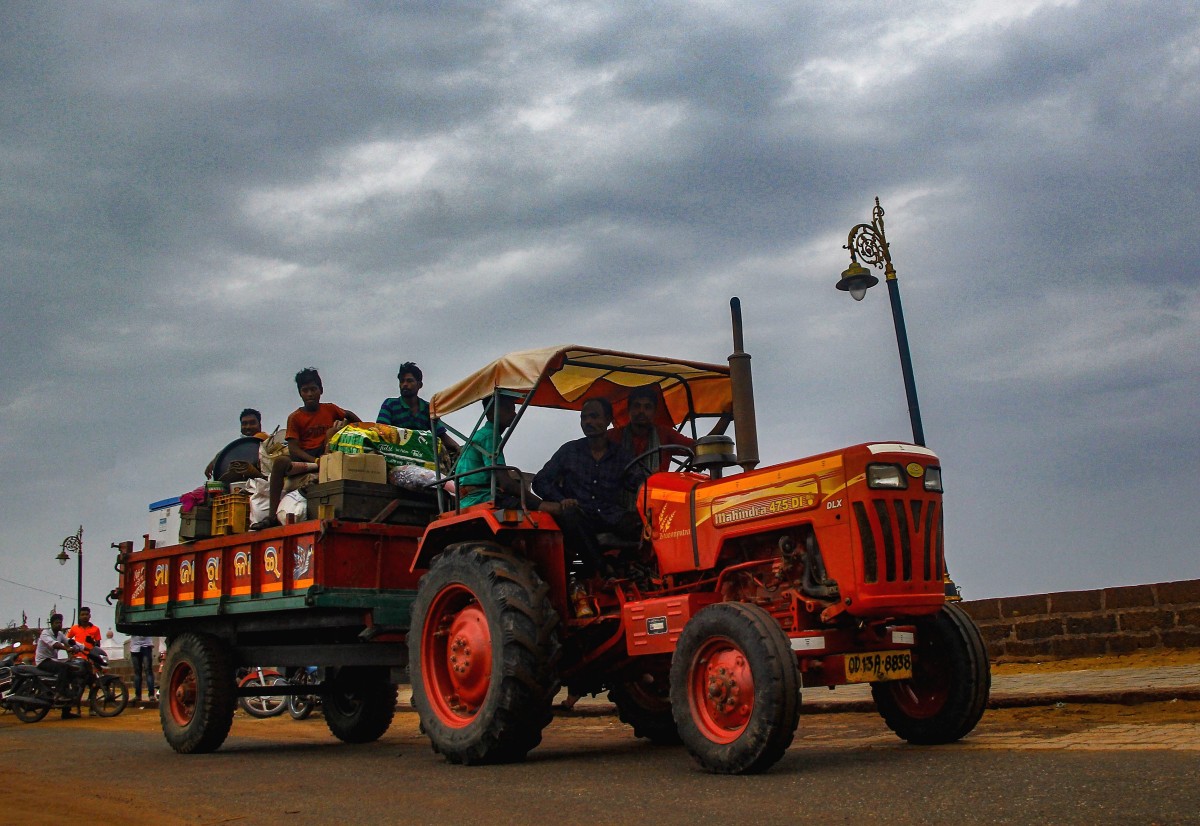 Villagers on their way to a shelter home on a tractor before Cyclone Fani made a landfall. Credit: PTI

The cyclonic system, whose eye is around 28 km, is moving at around 30 kmph, Biswas said, adding the process of landfall is expected to be complete around 11 am.

Puri and neighbouring areas are experiencing wind with a speed of 175 kmph, which may go up to 200 kmph.

Nearly 11 lakh people have been evacuated from vulnerable and low-lying areas of at least 11 coastal district, he said, adding the evacuees have been accommodated in over 4,000 shelters, including 880 specially designed cyclone centres.

No casualty has so far been reported from any part of the state, Sethi said adding the government is fully prepared to deal with any eventuality.

After the landfall, the system is passing through Khurda, Cuttack, Jajpur, Bhadrak and Balasore before entering West Bengal, Sethi said, adding the state capital of Bhubaneswar is likely to be hit by high velocity wind of around 140 kmph.

A cyclone making a landfall implies that the first arm of the cyclone has reached the land.