Coral Reefs at Risk of Dissolving as Oceans Get More Acidic, Finds Study

Ocean acidification will threaten sediments that are building blocks for reefs. 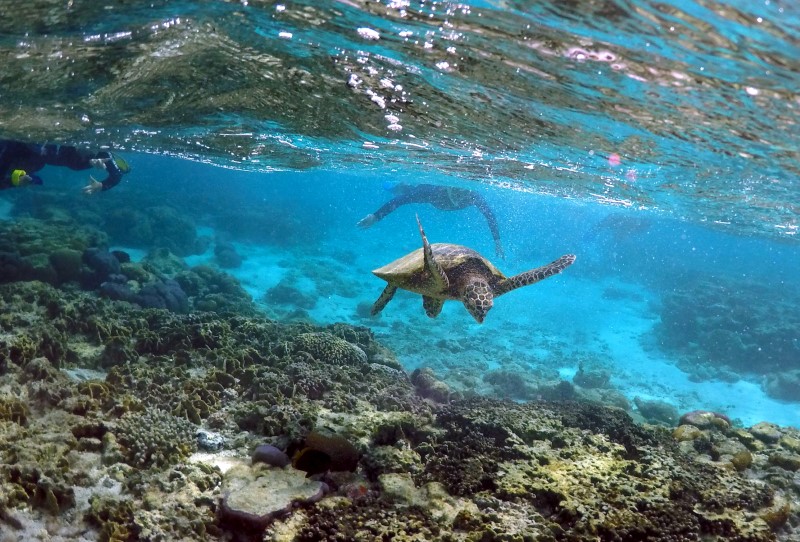 FILE PHOTO: Tourists snorkel near a turtle as it looks for food amongst the coral in the lagoon at Lady Elliot Island north-east of the town of Bundaberg in Queensland, Australia, June 9, 2015. REUTERS/David Gray/File Photo 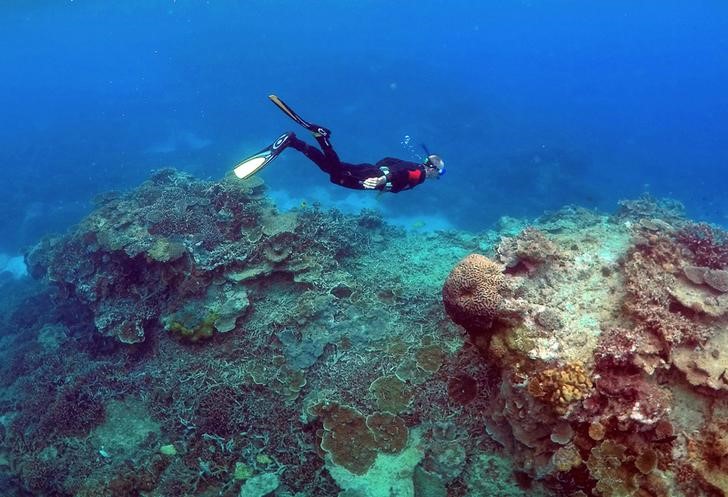 Oslo: Coral reefs could start to dissolve before 2100 as man-made climate change drives acidification of the oceans, scientists said on Thursday.

Acidification will threaten sediments that are building blocks for reefs. Corals already face risks from ocean temperatures, pollution and overfishing.

“Coral reefs will transition to net dissolving before end of century,” the Australian-led team of scientists wrote in the US journal Science. “Net dissolving” means reefs would lose more material than they gain from the growth of corals.

Carbon dioxide, the main man-made greenhouse gas, forms a weak acid in water and threatens to dissolve the reef sediments, made from broken down bits of corals and other carbonate organisms that accumulate over thousands of years, it said.

The sediments are 10 times more vulnerable to acidification than the tiny coral animals that also extract chemicals directly from the sea water to build stony skeletons that form reefs, the study said.

“This probably reflects the corals’ ability to modify their environment and partially adapt to ocean acidification whereas the dissolution of sands is a geo-chemical process that cannot adapt,” he wrote in an e-mail.

The report said it was “unknown if the whole reef will erode once the sediments become net dissolving” and whether reefs “will experience catastrophic destruction” or merely a slow erosion.

Some reef sediments were already starting to dissolve, such as at Kaneohe Bay in Hawaii, where other pollutants were contributing.

Eyre said it was unclear if the dissolution of sediments could be a long-term threat to entire islands, from the Pacific to the Caribbean. Other studies say that deep cuts in greenhouse gas emissions can limit acidification.

Most studies show that acidification will be overwhelmingly bad for ocean life, also threatening creatures such as oysters, lobsters and crabs. Another study on Thursday, however, found that it might help the growth of some plants.

“An increase of carbon dioxide in the ocean theoretically could stimulate higher growth of kelp and seaweeds,” Kasper Hancke, a biologist at the Norwegian Institute for Water Research, wrote in a statement.