COP27 Diary, Days 9 and 10: Brazil ‘Ready to Come Back’; ‘Lingering Issues’ With Negotiations 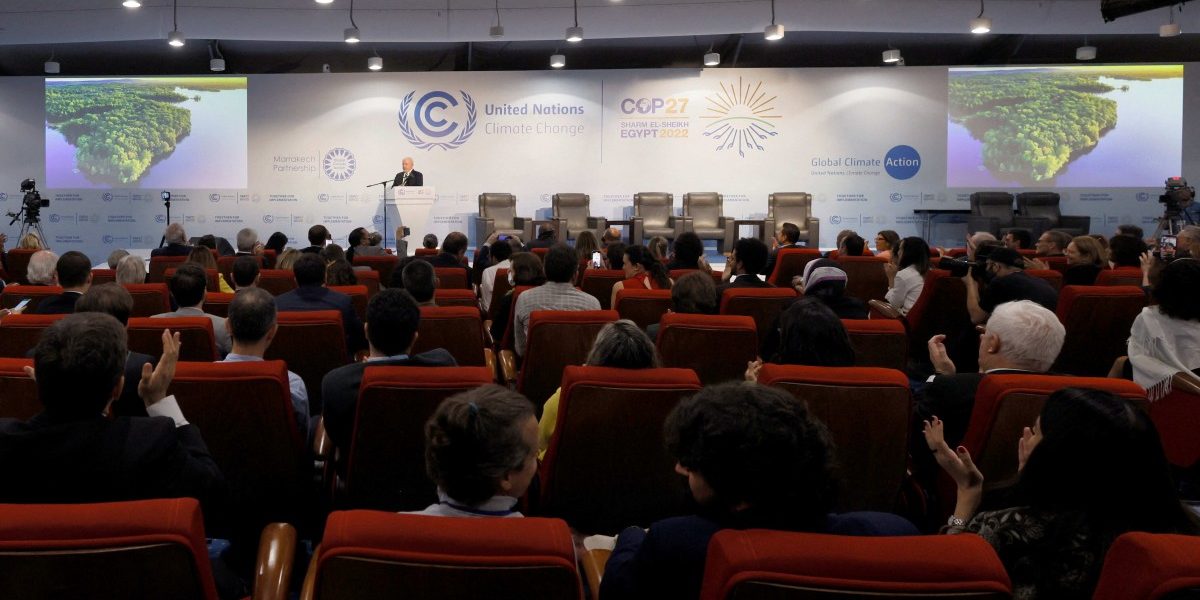 Kochi: November 15, day 9 of the ongoing 27th Conference of Parties (COP27) at Sharm El-Sheikh in Egypt, witnessed India delivering its national statement and the G77 group of developing countries and China proposing a new loss and damage fund. On November 16 at the COP, Brazil’s newly elected president Luiz Inacio Lula da Silva said that the country is “ready to come back” and recommit to its climate pledges. However, negotiations are still taking time and there are “lingering issues”, said the COP27 presidency in a press briefing on Day 10.

There is a distinct attempt to “forget or overlook” historical contributions and responsibilities of developed nations, India’s union environment minister Bhupender Yadav – who is also overseeing negotiations on climate finance to help the COP Presidency – said.

Stated that this COP has been rightly named COP of Implementation. BASIC nations have always been for action. But promises, either for 2030 or 2050, have been the dominant narrative that developed nations have sought to establish.

November 15, Day 9 of COP27 was ACE (Action for Climate Empowerment) and Civil Society Day, as well as Energy Day.

Discussions revolved around the role of civil society in ensuring that climate commitments are met, just and affordable energy transitions, green hydrogen and other forms of clean energy and their financing. The COP27 Presidency launched the Africa Just and Affordable Energy Transition Initiative,  which will focus on solutions to help Africa identify risks and opportunities in the field of energy transition, and “empower critical enablers that are required to succeed”.

A report released by the Powering Past Coal Alliance detailed the state of global coal phaseout through case studies on how entities can transition away from coal in a just and equitable manner. As per the report, over three quarters of coal-fired electricity generation capacity in countries that are part of the Organisation for Economic Co-operation and Development (OECD) and European Union is now on track to close by 2030. Despite the energy security concerns caused by Russia’s invasion of Ukraine, coal is definitely on the way out. 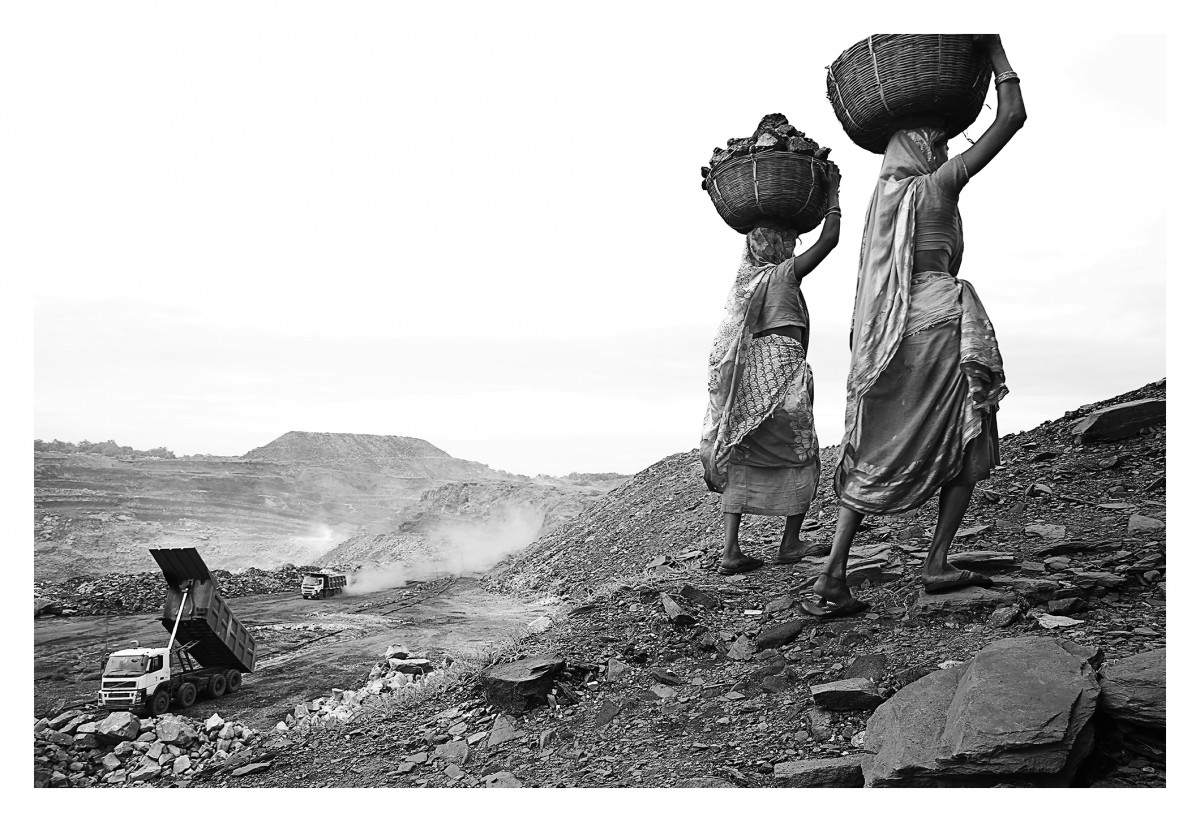 Representative image of women working at a coal mine. Photo: Asha Thadani.

A special report by the International Energy Agency released on November 15 found that the world has to significantly reduce emissions from coal to avoid the impacts of climate change. The report, part of the World Energy Outlook series, called for immediate policy action to mobilise financing for clean energy alternatives to coal and to ensure secure, affordable and fair transitions, especially in emerging and developing economies. Another report by Net Zero Tracker found that more than half of the cities with pledges to reach net zero emissions have no plan for how they will track and report progress.

An online survey on climate disinformation and public perception by the Conscious Advertising Network and Climate Action Against Disinformation found that 55-85% of populations surveyed in the US, the UK, Germany, Brazil, India, and Australia believe at least one climate misinformation statement.

India was the most likely to believe disinformation, while the UK was the least.

“In India, regular consumers of the Hindustan Times, the Times of India, the Indian Express, India Today, and Wion reported relatively high levels of belief in a number of top misinformation narratives compared with the general public,” the report noted. Large numbers of respondents, including 57% of Indians who took the online survey, believe that fossil gas is a climate-friendly energy source, contrary to what climate science reveals about its damaging impacts on the climate.

India delivered its National Statement at COP27 on November 15. India’s Union Environment Minister Bhupender Yadav highlighted all the climate actions that India has taken over the last few years, including the recent submission of the Long-Term Low Emissions Growth Strategy, India’s global call for sustainable lifestyles as part of the LiFE mission, and setting up of solutions-oriented coalitions like the International Solar Alliance and Coalition of Disaster Resilience Infrastructure.

At COP27, India had called to phase down not just coal but all fossil fuels. The European Union supports India’s call as long as it does not weaken previous agreements on reducing the use of coal, said EU’s climate policy chief Frans Timmermans on November 15. 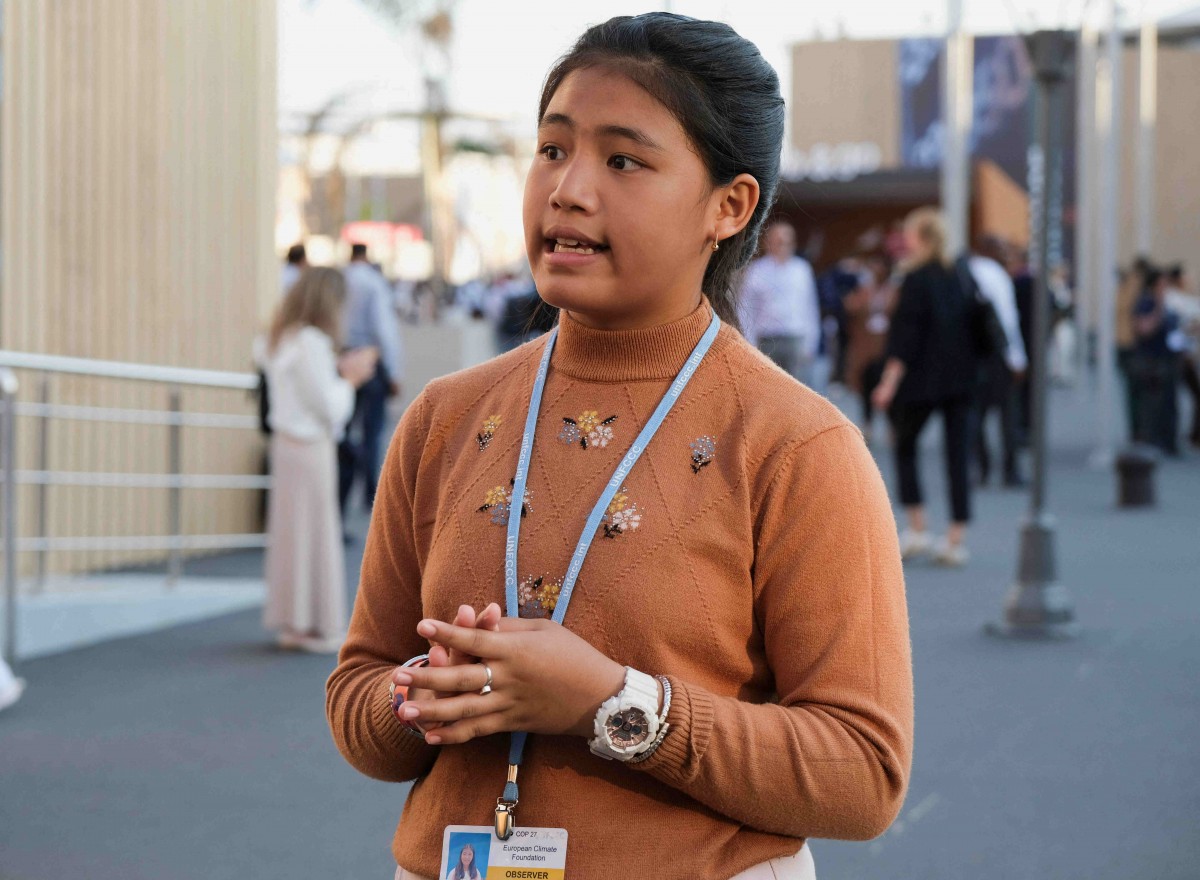 A draft text of their proposal to the COP27 summit showed that the G77 group of developing countries and China are proposing a new loss and damage fund to provide finance to countries hit by climate disasters, reported Reuters.

The biodiversity crisis and nature-based solutions

Informal consultations on the clean development mechanism, Santiago Network of the WIM and several aspects under Article 6 of the Paris Agreement continued. The high level segments for COP27 concluded with representatives of intergovernmental organisations (such as the Crop Trust, African Centre of Meteorological Application for Development) and non-governmental organisations giving their statements.

“IUCN [International Union for the Conservation of Nature and Natural Resources] expresses its deep concern at the limited response of Parties to the request made in Glasgow to strengthen their NDCs by the end of 2022. We urge Parties to urgently respond to the latest science with more rapid and deeper reductions in their greenhouse gas emissions. This is imperative in order to ‘keep 1.5 alive’,” said Bruno Oberle, Director General of the IUCN.

On November 16, the Egyptian COP27 Presidency, Germany and the IUCN launched Enhancing Nature-based Solutions for an Accelerated Climate Transformation (ENACT), an initiative that aims to coordinate global efforts to address climate change, land and ecosystem degradation, and biodiversity loss through nature-based solutions. The initiative will also produce an annual ‘State of Nature-based Solutions’ report to update COP28, which will be conducted next year in the United Arab Emirates.

‘Brazil ready to come back’

“There is no climate security for the world without a protected Amazon. We will spare no efforts to have zero deforestation and the degradation of our biomes by 2030.”

He also called on rich nations to deliver on their pledge to provide $100 billion a year to poor countries to help them adapt to climate change and reduce greenhouse gas emissions, reported Reuters.

This was something that a declaration issued by the G20 group of countries, whose leaders met at Bali, Indonesia, also called for. They reaffirmed that they would pursue all efforts to limit the rise in global temperatures to 1.5° Celsius, and recognised the need to both speed up the phasing down of coal and address loss and damage, as per the declaration.

Negotiations witnessed an “active day” on November 15, said Wael Aboulmagd, Special Representative of the COP27 Presidency, at a press conference on November 16 that sought to give updates on the conference. However, it is hard to gauge progress across the board because while some negotiations on issues such as the transparency framework (which guides countries to report their climate actions) moved fast, others such as gender are still taking time.

“I think we have a larger than normal number of lingering issues which is again a reflection of the level of willingness to rise to the occasion and commit to moving forward and recognise the urgency and the need for more understanding and empathy in the negotiating rooms,” he said. “We would have hoped under the current circumstances to see more willingness to cooperate and accommodate than [what] we are seeing.”

There are also “clearly divergent views” on funding for loss and damages but the presidency is hoping for “meaningful progress” on this account, Aboulmagd said. Several ministers have also now taken up a supportive role along with the Presidency to push negotiations forward, he added. India’s Union Environment Minister Bhupender Yadav along with Australia’s Minister for Climate Change and Energy Chris Bowen from Australia will be helping with issues on finance, particularly the New Collective Quantified Goal, he said.

“Since the subject is sensitive, I am witness to intense negotiations on the issue,” PTI quoted Yadav as saying, with regard to this. Progress on key issues has not been good due to the divergence of views on some fundamental approaches to climate issues, India said on November 16. According to Yadav, there is a distinct attempt to “forget or overlook” historical contributions and responsibilities of developed nations.

“We need strong language regarding technology transfer and support. Green premiums for several new technologies remain high and we need the cover decision to recognise the means of implementation support gaps covering technology as well as finance,” Yadav said.

On the cards today

The theme for November 17, the penultimate day of COP27, is Solutions Day. Sessions will revolve around sustainable transport and urban mobility, developing climate solutions by shaping the process of planning and design of economic policies, and a ministerial panel discussion on urbanisation and climate change. The COP presidency is also expected to announce SURGe, Sustainable Urban Resilience for the next Generation, an initiative that seeks to achieve sustainable and resilient urban systems through several mechanisms such as unlocking urban climate finance.

Discussions pertaining to the enhanced transparency framework, which is part of the Paris Agreement, will also be conducted. The framework guides countries on reporting several aspects of climate and related action they need or undertake, such as reports of their greenhouse gas emissions, progress toward their Nationally Determined Contributions, climate change impacts and adaptation and support received.