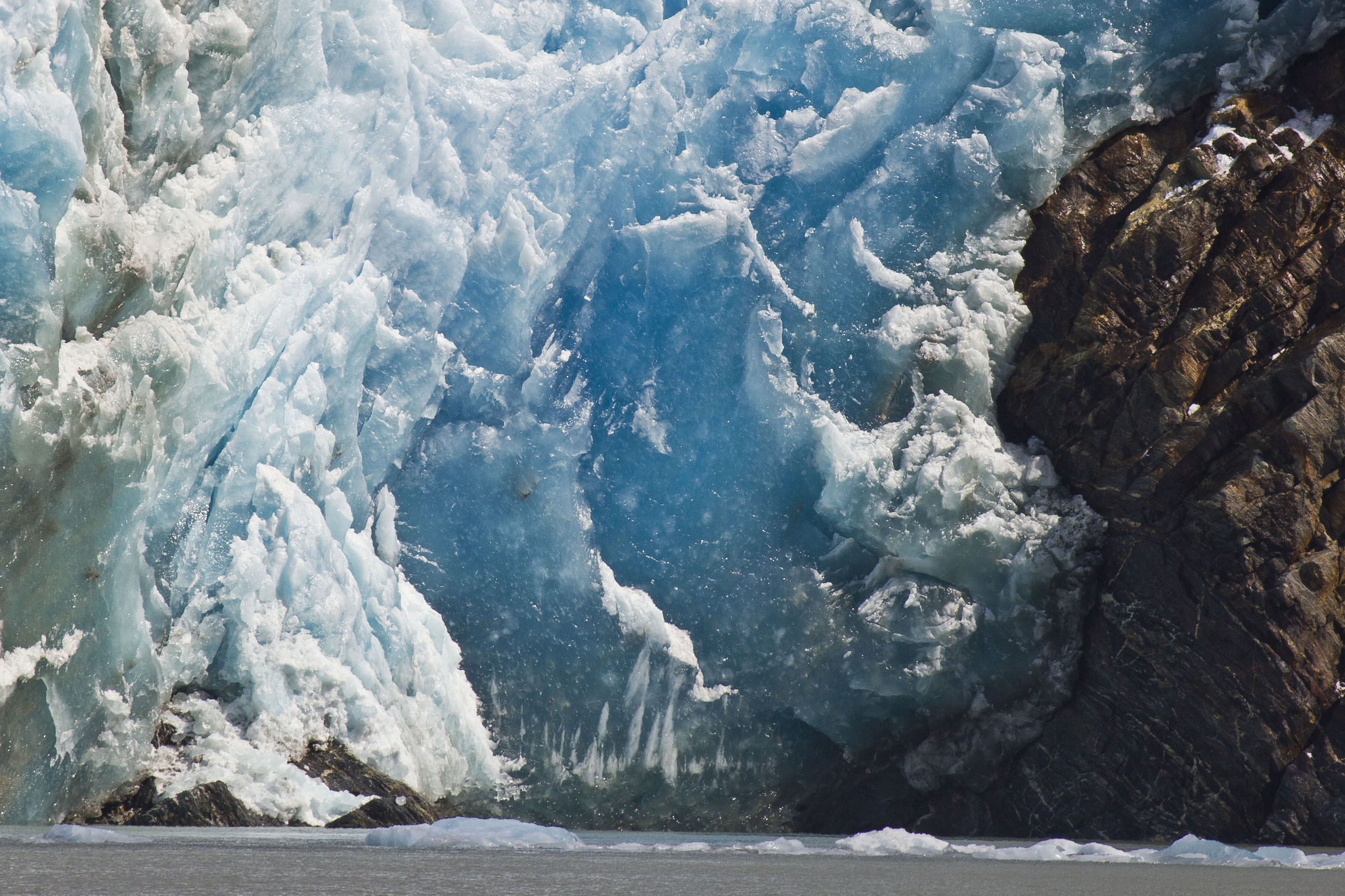 Paris: When chunks of glaciers break off, or “calve,” they don’t slip smoothly off to sea. Underneath a layer of loosely packed snow, the ice seems almost to roll, thrusting up into the sky before pitching down to water. Beneath the snow that crumbles into the sea are hints of deep vulnerabilities in the ice – across the glacier a spreading rumble, a domino effect of structural collapse. The sight, in James Balog’s 2012 documentary, Chasing Ice (which included the largest calving ever filmed), resembles an earthquake in its beauty and impossibility. Things are moving here that our gut tells us should just not be able to move. The landscape, the horizon itself, should not have such capacity for change.

Yet it does. “This is a memory of a landscape,” comes Balog’s voiceover in the trailer, speaking of glaciers whose retreat he filmed in the latter half of the 2000s in Greenland, Iceland and Alaska. “That landscape is gone.” Balog’s talk, trailer and finally documentary screening came at the end of a long and event-filled day at Le Petit Palais, an art museum which hosted an all-day conference on Monday December 7th called “Earth To Paris.” By evening the audience had thinned, and those left behind had begun to nod off through the last few talks. There is nothing like a glacier thundering apart on screen to wake a person up.

Balog’s work is a document of a process that most of us will never see, but that all of us will eventually feel: glaciers melting in summer without snowfall to match that loss in the winter. The melting of glaciers, ice caps and ice sheets, along with the expansion of warming ocean water, are already causing seas to rise. Within the near future (although estimates differ on how near) the Arctic may be ice-free in summer.

Twenty years ago, Balog says in Chasing Ice, he was a climate denier. He did not think that human beings were capable of having such a massive effect on the Earth’s environment and climate. As he learned, though, all the science says otherwise: CO2 levels today are unprecedented in the natural record going back 650,000 years. Species extinction rates have skyrocketed in the Anthropocene. Across the world glaciers retreat, and the oceans are acidifying.

Although the talks at Earth To Paris ranged from solar energy to ecologically sustainable business models to the human impact of climate change, a few speakers also touched upon Balog’s own focus – the huge effects that our actions are having on a mute natural world. Marine biologist Sylvia Earle wondered at the lack of care we show for acidifying oceans. “We can see from afar that the world is blue,” she said. “Why can’t we see it up close and personal?” Primatologist Jane Goodall, who has been known to start her talks with a chimpanzee call to bring the voice of the animals she studies to the gathering (she did not do so here), mourned the loss of the thick forests that once spread around her study site of Gombe Stream National Park in Tanzania. National Geographic photographer Joel Sartore spoke of the strange grief of capturing vanishing species on camera. “One person can save a species,” he argued to the crowd, speaking of endangered animals who could be saved through the hard work and advocacy of just a few. “You don’t have to save the entire Earth. Just save your corner of it.”

How do you adapt to and combat climate change – both for our own sake and that of other species? The talks at Earth To Paris, broadcast across the globe, offered an eclectic and sometimes contradictory range of answers. In that way, the day’s atmosphere was very different from that of compartmentalized COP21, with its zones and rooms and closed meetings. Here, the fact that all viewpoints on climate change action shared one space and one stage meant occasionally disorienting transitions from one talk to the next. In the morning, Carter Roberts of WWF spoke of an ice-free Arctic as an investment opportunity that should be managed responsibly, while just a few hours later James Balog sounded a dirge for vanishing ice. The seat that activist and author Bill McKibben had taken to denounce Exxon and the capitalist system was still warm when US Secretary of State John Kerry took it and said that the private sector was vital in the fight against climate change. “I have absolute confidence in the ability of capital to move where the marketplace says go, after Paris,” said Kerry. The activist Runa Khan stood out with her innovative method of helping the poor and displaced of Bangladesh find medical attention amidst rising waters. An organisation started by Khan called Friendship brings healthcare to impoverished climate migrants by setting up hospitals on boats. She spoke to me after her talk about her work, the importance of dignity, and how to build cross-border ties.

Tell me about “Friendship”

Khan: I started the first mobile floating hospitals in Bangladesh. What we do is work in the most vulnerable areas, which are affected by climate, day in and day out. People are migrating, leaving their home, their life. The government is trying to help them. But 160 million people in a country one fourth the size of France – how much can Bangladesh do? We need the support of the world for this. And [in the meantime], each of us are doing what they can.

At Friendship, I built a health care system that is today serving more than 250,000 people every month. We have an integrated model for community development in health and education, [that builds] linkages with the government. We do disaster management and housing, water, sanitation. We do cultural preservation. And also a form of financing which is geared for the ultra poor.

Today, we serve about 500,000 of the most affected people every month. Only when you do service delivery can you make changes right at the grass-root level. You can talk about awareness – I can say tell someone to go to a doctor, and your child will be cured. But if the person has no access to a doctor, he won’t believe the child can be cured. You have to cure that child so that for the next child, the person will go and hunt for a doctor. You need to show examples. Only then can you make changes, because people start believing in you.

At the end of the day, as I always say, you need to bring dignity and hope to the people. Development work is always about poverty eradication, which is important. But to take away dignity and hope in trying to mitigate poverty – that shouldn’t happen.

India is the nearest neighbour to Bangladesh. What can its people do? How would you speak to them, citizen to citizen?

Khan: It’s a subcontinent, India. And if you think of yourself not only as a person of the subcontinent but as a person of the world, you will have a oneness. That oneness needs to transcend the borders which man has created. I need to speak to you. You need to speak to me. That is the only link we can create for our tomorrow. I think that is very important. And that can be done in so many ways, through cultural togetherness and more and more exchanges. I think this is what we need.