COP 26: Negotiating for an Inclusive Climate Deal For All

In light of the COVID-19 pandemic, the proliferation of extreme weather events and the US re-joining the Paris accord, the upcoming Conference of Parties assumes a special significance. 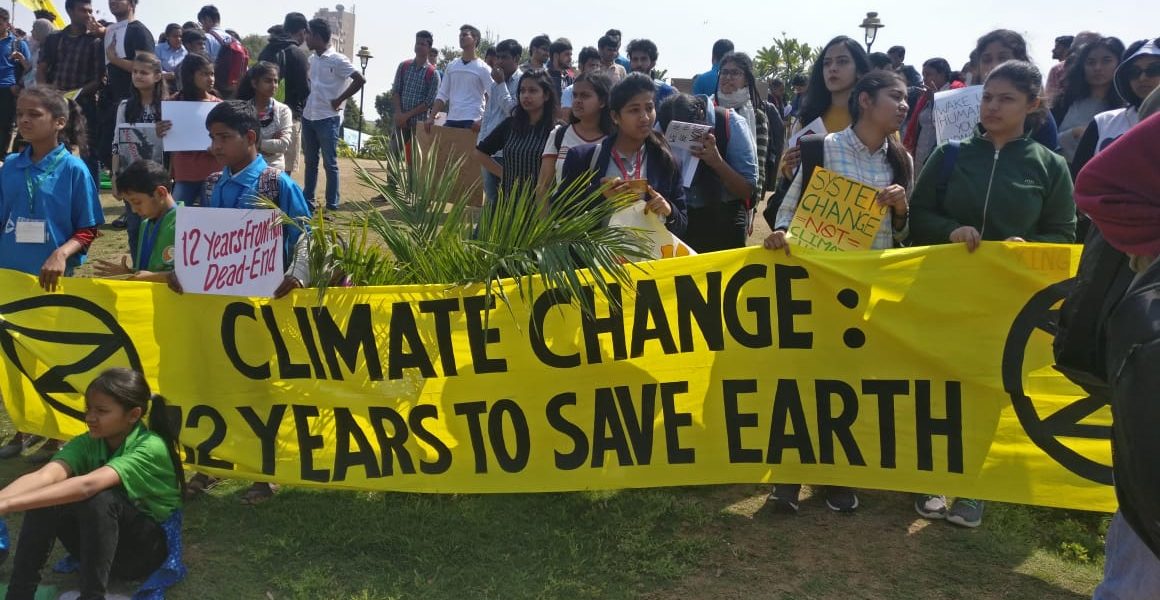 The United Nations Climate Change Conference (COP 26) is set to meet in Glasgow from October 31 to November 12. where more than 20,000 delegates representing 195 countries will negotiate for a better climate deal.

Ideally, a COP meeting happens every year to let countries deliberate and agree to new measures and pledges for emission cuts as part of the terms of agreement made in the Paris accord of 2015. A five-year review cycle to that accord was due last year but because of COVID-19, the conference was pushed to this year.

One of the central aims of the COP Paris Agreement (2015) was to keep global temperatures from rising past the 2°C threshold and to ideally keep the increase below 1.5°C. The latest Intergovernmental Panel on Climate Change (IPCC) report, however, indicates that if urgent action is not taken by nations to uphold their promise, climate catastrophes will loom large on the planet’s future.

This year itself has seen the proliferation of extreme climatic events from droughts to floods to wildfires, across the globe.

The upcoming COP is also the first since the US – the second largest emitter after China – rejoined the Paris accord under President Joe Biden.

However, the path ahead for countries to step forward and invest in a greener future is rigged with complexities that are political, economic and social in nature.

Can the developed nations (the biggest emitters) do better?

Global climate action thus far has been bound by “conditional agreements” as mere ink on paper in a history of unfulfilled promises. There are techno-economical recommendations offered in every COP (in a Davos-like setup) but each member nation’s capacity or political will to engage with and ensure the implementation of such recommendations often falls woefully short.

Developed nations have pledged to contribute $100 billion annually to developing countries in order to help them cut greenhouse gas emissions and transition to clean energy. This target, for most (including the US), has remained unfulfilled.

Climate Action Tracker, an independent research organisation, rated the USA’s climate finance contributions as “critically insufficient”. This unwillingness to pay for change from the planet’s second biggest emitter – and key global political and economic actor – has affected the will and effort of many developing nations to phase out their energy dependencies on coal and other fossil fuel in favour of renewables and for achieving net-zero emissions – two key goals of the COP 26.

This COP 26 meet also comes against the backdrop of the coronavirus pandemic and amidst the penetrating forces of rising trade protectionism and declining democratisation. The pandemic and its global response exposed the absence of a committed global leadership to ensure ‘vaccine equity’ and the sharing of intellectual knowledge on vaccines by most developed nations with developing nations.

Vaccine hoarding by rich countries and the monopolising effects of profit-making pharmaceutical companies like Pfizer, Moderna and others engaged in vaccine production and distribution brought out a hollow vision for ‘richer’ nations to help ‘poorer’ nations, especially in the context of providing global public goods.

The pandemic could have been an excellent opportunity for restoring the (waning) trust between the nations of Global North and those of the Global South through a credible, multilateral leadership to address the challenges from it. Unfortunately, this didn’t happen and the trust between richer and poorer nations eroded further.

This erosion of trust will make the process of negotiating measures and sanctions for any climate action agreements or multilateral promises, extremely arduous.

From the perspective of developing nations – India in particular – the Glasgow summit holds critical importance. India’s per capita energy consumption is a third of the world’s average.

Also read: What’s at Stake for India and South Asia at COP 26?

A key issue for India is the phasing out of coal and the larger energy dependence on fossil fuels. This concern now needs to be evaluated from two vantage points: India’s economic recovery post-COVID and the generation of employment-led economic growth opportunities (where the nation is struggling, given its high unemployment levels).

The Indian government and its central bank introduced a stimulus package for the recovery from the pandemic amounting to 11% of its GDP. However, the stimulus was mainly aimed at supporting fossil-fuel-dependent industries through a cheaper and larger supply of loanable funds for expansion.

Coal mining has been opened up for commercial auctions for the first time since the 1970s. Beach sand mining (something that was curbed by the current government) has now been cleared for private sector investment.

Research shows that as many as 7,44,984 people in India are directly employed by the coal industry (and lakhs more are connected to it in the informal sector). Moving away from coal dependence would mean leaving these workers without jobs and without the required skill sets to transition into a cleaner energy industry.

Still, it isn’t as if India hasn’t done anything in this regard.

Under the 2015 Paris Agreement, India committed to reducing the greenhouse gas (GHG) emissions intensity of its GDP by 33%-35% by 2030, relative to 2005. In order to do so, India must quit burning coal, which causes global heating. Using natural gas reduces GHG emissions as the combustion of natural gas emits about half as much carbon as coal.

In 2017, the Indian government announced that it would increase the share of natural gas in its energy mix to 15% by 2030. As of September, natural gas made up 6.5% of India’s energy mix.

India is promoting natural gas as a “transition fuel” as it moves towards using renewable energy as the main power source, just as other countries in Southeast Asia and Africa are doing. This is because renewable energy production, such as that from wind and solar, is intermittent and dependent on weather conditions. For a completely renewable-energy based economy, India would need capacity to store power but the costs associated with battery storage are currently prohibitive.

The demand for ‘natural gas’ globally is projected to increase by 3.6% by 2021 and by 7% by 2024 compared to 2019’s pre-COVID levels, according to a July report by the International Energy Agency, an intergovernmental organisation working to shape energy policies. The growth in demand is largely because gas can replace other, more polluting fuels such as coal and oil in sectors such as electricity generation, industry and transport.

However, India’s progress in developing a robust climate-sensitive infrastructure and in ensuring a swifter transition to clean energy, low emission space is insufficiently slow. It needs to start with proper transition policies, from increasing subsidies on renewable energy to providing alternative employment opportunities for people at risk of losing their jobs due to transition.

For developing countries be able to commit to climate-action agreements without damaging their growth prospects, most of them have made climate finance (to be provided to them by developed, higher emitting nations) conditional.

However, the provisions for receiving larger climate-aid or development assistance may not be swift enough. Climate-sponsored bonds have been suggested as one mode of finance. The problem though, is that most developing countries lack the sound regulatory and legal framework needed to manage private contracts and transactions for ‘newer financial means’, within the green energy market.

Fortunately, the global (and national) private sector market has been positive over the last few years in increasing its scope of investment in renewables for the future.

In the context of limited public financial support, the role of the private sector is key in driving the green energy transition forward. Still, any big investment would require a coherent political environment and a regulatory channel to encourage newer private players to enter into the renewable energy market and keep it competitive. Else, the growing green energy market, too, may risk becoming monopolised (or oligopolised) by big capital to be operated as a cartel, similar to the market for oil.

The need for ‘inclusivity’

Even in the organisation of the upcoming COP 26, participation for low-income nations has been difficult. The host-United Kingdom failed to control the spiralling costs of attending the event, leaving it inaccessible to most low-income countries and developing country groups.

This clearly affects representation of interests and voices of those who need to be heard and engaged at a time when it is most required for climate action.

It is critical that an inclusive process for a better climate deal starts and goes beyond the negotiating table. Big techno-economic ideas, while eloquently put, can often leave out the socio-economic variables in the actualisation of a ‘global policy’. This has been a challenge for previous COPs.

While developed countries in the upcoming conference will push for ‘net zero emissions’ by 2050 to prevent for an increase in ecological vulnerability for its future populations, developing nations have to grapple with that fact now, given how ecologically and economically vulnerable their people are.

It is hoped that, amidst these complex issues, the upcoming COP 26 may provide a multilateral platform for addressing the most pressing ecological, economic and social issues of our times. Representation for all is key in this regard. The conference cannot be myopic in its core focus or enforce ill-conceived uniform standards for a one-size-fits-all approach’. Developed countries (plus China) would need to do a lot more in the summit to ensure that faith is restored in a common value and goal aimed at protecting the planet and the human species, that this goal is prioritised over petty ‘national interests’.