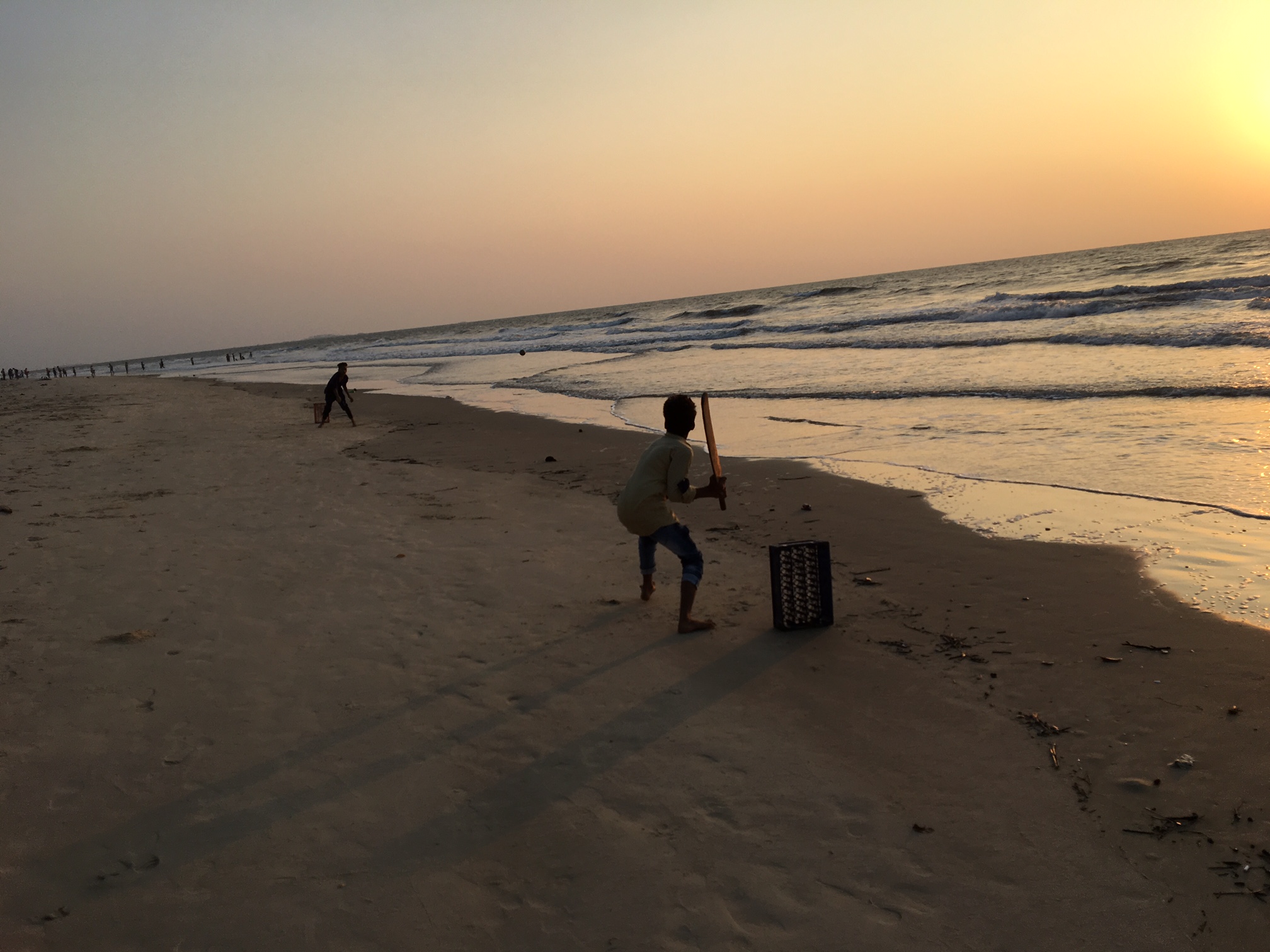 Boys playing cricket on the beach at Thonse, Karnataka. Credit: The Wire/SV

New Delhi: The National Democratic Alliance has drafted a complete overhaul of the environmental regulations that protect India’s 7,500-kilometre coastal belt from overdevelopment and exploitation. In what promises to be a bonanza particularly for the tourism industry and the real estate industry along the coastline, the draft proposes easing several of the key provisions in the existing regulations in favour of opening up the coasts to development activity.

A copy of the draft which is currently under inter-ministerial consultations at the moment was accessed under Right To Information (RTI) Act by the CPR-Namati Environment Justice Program, a Delhi-based think tank. It was reviewed by Business Standard.

A senior official in the government said the draft is under advanced stage of finalisation. It would be put out for mandatory public consultations once the inputs from other ministries have been considered. Another official that Business Standard spoke to said while the government was keen to make the changes quickly, it was eventually decided that public consultations would be essential before finally notifying them. Neither of the two wanted to speak on record. The coastal protection rules are notified as subordinate legislation under the Environment Protection Act, 1986 and only require an executive decision and do not require approval from the Parliament.

The existing set of regulations, called the Coastal Regulatory Zone Notification, regulates activities on the seaside up to 12 nautical miles and up to 500 metres on the landward side from the High Tide Line. It also regulates development in the area between the 500-metre line and the hazard line (the latter demarcates areas that are vulnerable to sea-level rise and other climate change impacts).

This is done by dividing the regulated area into ecologically sensitive areas (CRZ I), urban areas (CRZ II), rural areas (CRZ III) and water areas (CRZ IV). The first 200 metres of CRZ III is demarcated as ‘No Development Zone’ or NDZ to ensure the rural coastline remains protected in future.

The proposed new rules, called the “Marine and Coastal Regulation Zone” notification in part, amend the way these zones are defined and simultaneously permits much greater development activity in these zones.

Ecotourism projects, link roads, coastal roads and sewage treatment plants would be allowed in ecologically sensitive areas under the new regulations. These are strictly banned under existing environmental rules.

Under the proposed rules, for urban coastal areas, the states would draw up plans based on whatever town and country plans they devise and then seek approval from the environment ministry for these after following standard environmental and disaster management guidelines.

Housing and basic infrastructure facilities for local inhabitants will be allowed under the proposed rules after 50 metres from the High Tide Line in rural coastal areas. This was earlier permitted only for houses after first 100 metres

Mining of sand and rocks would be banned but of rare minerals, hydrocarbons and other minerals would be permitted starting from 100 metres beyond the high tide line or below the low tide line.

The environment ministry did not provide the annexures included in the draft of new rules. The annexures hold more critical information that would decide how flexible the new regulations would be for various kind of development activities and which areas were particularly being targeted for tourism development.

For example, the draft rules read, “In view of tremendous potential for beach and island tourism the coastal states shall prepare a tourism development plan…”. But these plans are to be developed in accordance with guidelines in a particular annexure that the environment ministry did not share either under RTI or with other ministries, notes the think tank.

The ministry has even drawn up a tentative list of beaches and tourism zones to be developed across the country. This list, also an annexure to the proposed rules, was not shared but the draft notes that the tourism zones along the coast would be that which the tourism ministry recommends.

The guidelines for several of the activities such as tourism and temporary tourist facilities that the new regulations permits and the existing one did not are in the annexures that the government did not give under the RTI.