There Is Still No Real Coastal 'Planning' in India

While multiple parallel plans are in place, there is no cohesion; not even the basic high tide mapping matches across the coast. 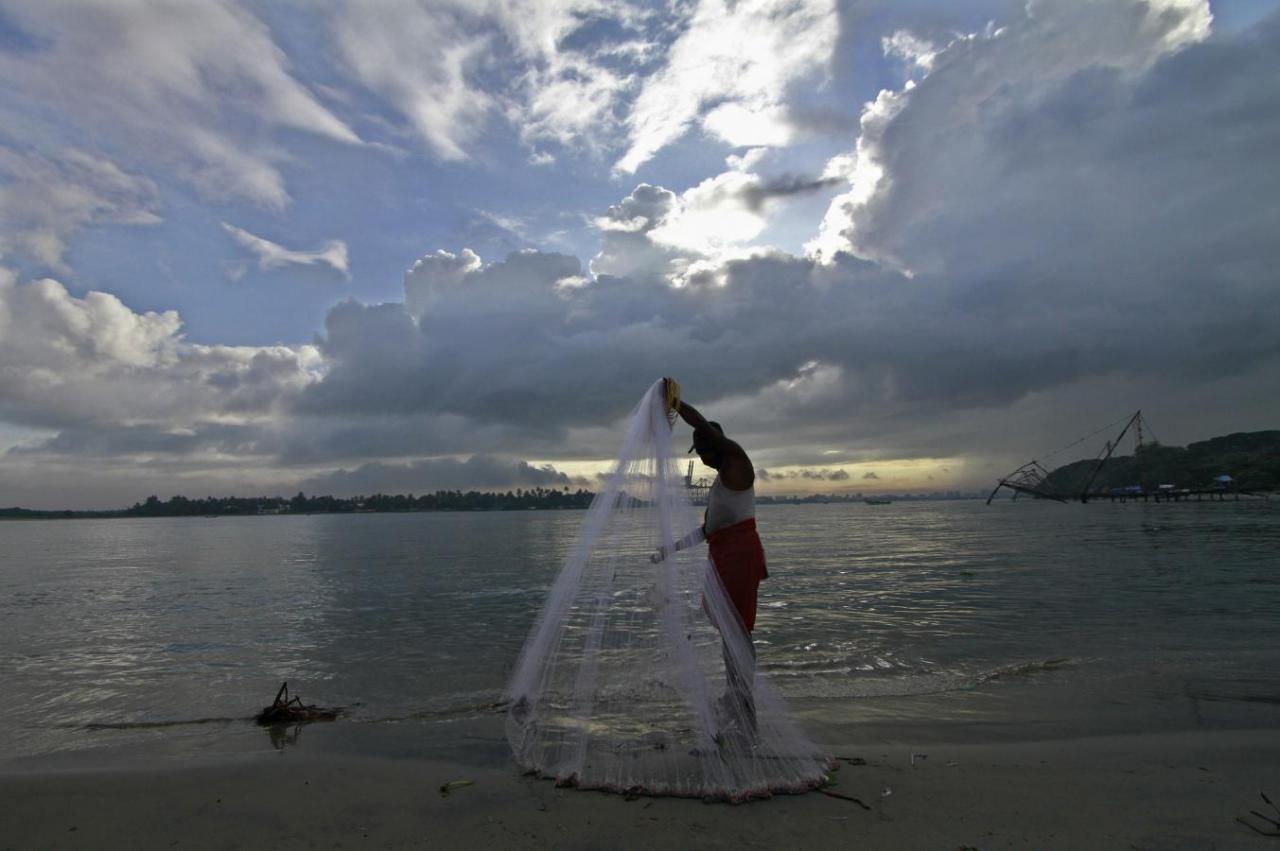 A fisherman arranges his fishing net at a beach against the backdrop of pre-monsoon clouds in Kochi June 5, 2014. Credit: Reuters/Sivaram V

On July 31, the Union environment minister said in parliament that so far only Lakshadweep has submitted its Coastal Zone Management Plan (CZMP), a document that guides coastal development and regulation as prescribed in the Coastal Regulation Zone (CRZ) notification, to his ministry. This was the fifth deadline until when the validity of the ‘antiquated’ CZMPs, prepared in 1996, were extended. Despite the looming deadline, nine coastal states and three union territories were yet to submit their draft plans. Now, observing that the states and union territories needed “some more time,” the ministry has extended the existing CZMP by another year.

From the experiences of CRZ enforcement along the coastline, there are numerous instances of mismatch between the 2011 CRZ notification and the old CZMP. For instance, parts of Vizhinjam in Kerala are marked as ecologically sensitive in the CZMP because the original CRZ provided for the identification of areas of  ‘outstanding beauty’ as ecologically sensitive. But these areas do not qualify for the same status as per 2011 CRZ. Moreover, tidal lines, which form the basis of coastal zoning and planning, tend to shift over time and the existing CZMPs are based on the HTL mapped over 20 years ago. Currently, while appraising projects, most State Coastal Zone Management Authorities (SCZMAs), the state-level bodies responsible for the implementation of the CRZ notification, use their discretion to decide the HTL line for an area (often these HTL maps are provided by the project proponents).

In 2014, after attending to the states’ lamentations about lack of resources to complete the task and observing inconsistencies in tidal demarcation across the country, the environment ministry involved the National Centre for Sustainable Coastal Management (NCSCM). Since most states had already started work on CZMPs, the NCSCM was expected to review these documents and ensure that the tidal line was consistent across the 7500-km coastline.

The NCSCM has nearly completed the mapping of the HTL, but the line seems to have left out ecologically-important tidal-influenced wetlands and mudflats from within its limits in Tamil Nadu. Accurate HTL mapping is crucial because this is the reference point for the demarcation of CRZ – 500 m from the HTL on the coast, 100 m from the tidal-influenced water bodies and areas between the HTL and hazard line. This identified zone is subject to regulations and restrictions related to construction, mining, tourism and the like, to ensure coastal conservation and livelihood protection.

Incorrect HTL mapping may leave vulnerable coastal areas and fishing villages outside of the CRZ and make them available for unhindered tourism, and commercial and real estate projects. But this is not all – there are planning exercises other than the CZMP that rely on accurate HTL mapping that hold great significance but are hardly talked about.

The comprehensive plan is for the narrow strip of coastal land falling within 100-200 m of coastal villages. This plan is to guide the construction of dwelling units for coastal communities. The plans are to be prepared by the state government in consultation with traditional coastal communities. A reading of the minutes of the meeting of the SCZMAs indicates that Karnataka has initiated the process.

Integrated management plans are for areas that have high ecological importance and livelihood dependence. The CRZ notification provides an indicative list of 12 such sites. While the NCSCM held consultations in Gujarat and Karnataka to demarcate these areas, none of the areas listed in the CRZ law have been notified as yet. 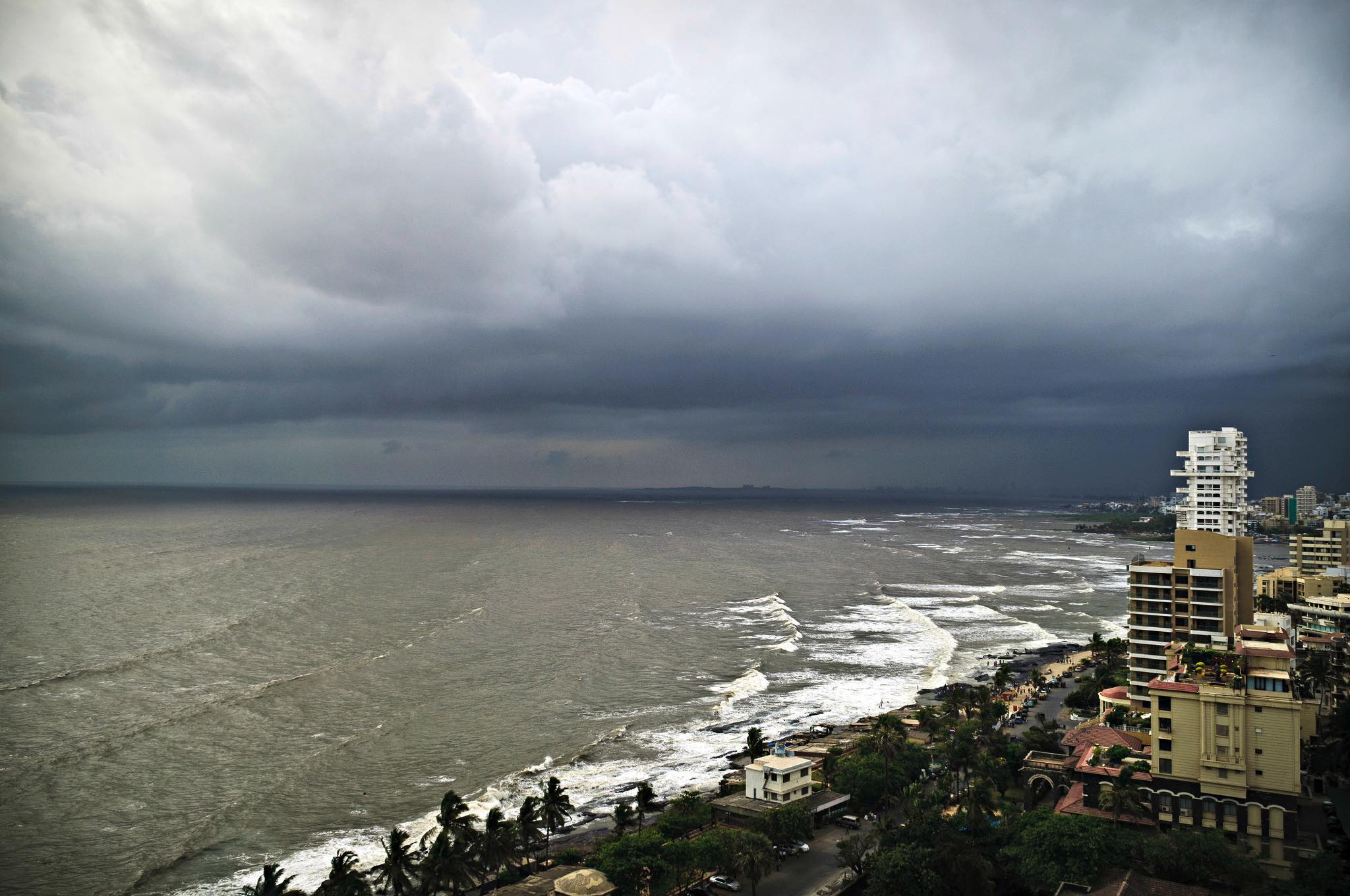 As per the minutes of the meetings of the SCZMAs, Karnataka and Maharashtra had initiated preparation of a sewage treatment plan and comprehensive plan respectively, only to find out at the near-completion stage that they needed to modify the plans to accommodate fresh tidal demarcations. Replacing the existing tidal lines with fresh demarcation would “not be difficult,” reckons the Karnataka CZMA in one of its meetings. However, change in tidal lines means the area in question changes and with it changes the number of villages and households that fall in the 100-200 m zone that need a comprehensive plan. How the Karnataka CZMA will tackle this administrative nightmare without much ‘difficulty’ is anybody’s guess. In the absence of fresh HTL mapping, the Malad sewage treatment plan in Maharashtra has been given the CRZ nod without an accurate assessment of which ecologically-important areas are being sacrificed for it. Besides, individual projects are being appraised and allowed based on discrete HTL mapping provided by the project proponents and assessed by the CZMAs. Business is going on as usual and it doesn’t really matter if we do not have a contiguous HTL mapped out. A ‘plan’ by definition is a scheme of things towards a desired outcome in the future. In case of coastal areas, there seems to be neither a scheme nor an idea about how far away that future is. In the meanwhile, these planning and management exercises are going on in parallel without any shared outcomes for the coast.

In June 2014, the environment ministry constituted the Shailesh Nayak Committee to review the CRZ notification in light of the issues raised by the states. Neither did the states raise any concerns regarding these discrete plans, nor did the committee go beyond appreciating the involvement of the NCSCM in tidal demarcation and coastal planning. Based on the recommendations of the committee, the ministry has drafted a new Marine Coastal Regulation Zone Notification, 2017, and a draft obtained from the ministry reveals that instead of tying these plans together, the ministry is contemplating the introduction of another planning exercise – tourism plans for the CRZ.

Plans for sewage treatment, construction of houses for traditional communities and promotion of tourism are all hinged on consistent, accurate and real-time tidal demarcation. If these plans are made separately from one another, they will bear the imprint of a confused process lacking priority setting, logical order and coordinated thinking. It seems inevitable that the implementation woes of CRZ will continue despite (or because of) an over-indulgence in planning.