Four Chinese environmentalists talk about joining an all-female expedition to the Antarctic. 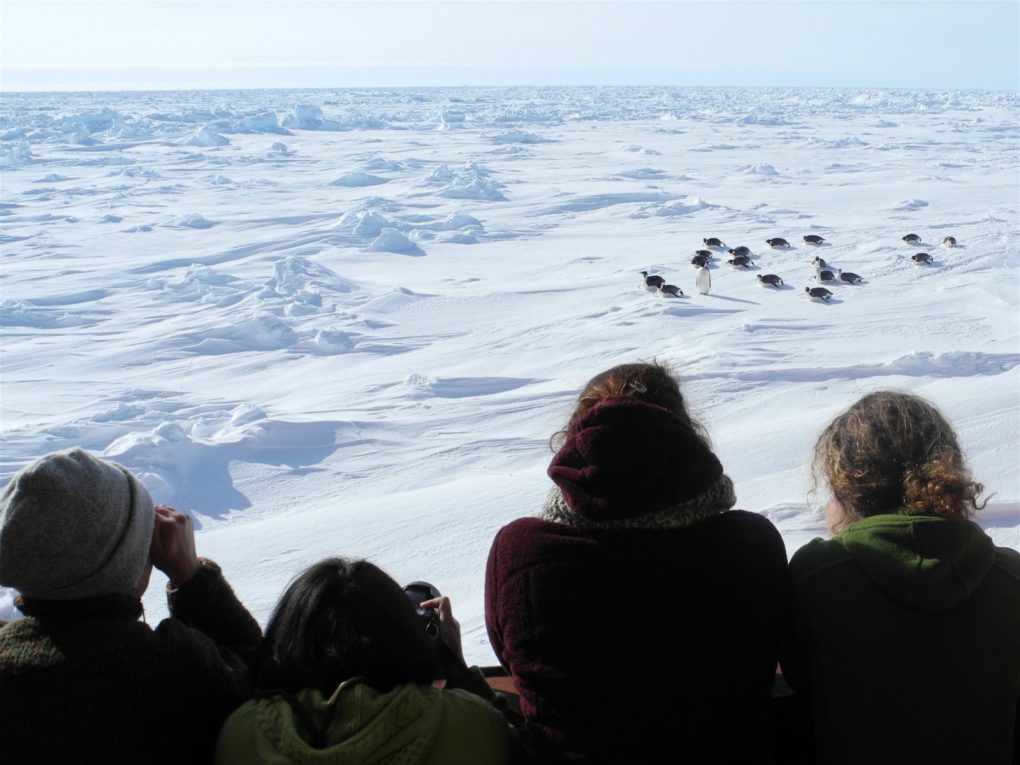 In February, a cohort of 80 women from 13 countries will make the chilly voyage by ship from the tip of Latin America to Antarctica.

They’re part of a project called Homeward Bound, which seeks to strengthen the leadership skills of 1,000 women over the next ten years.

The voyage carries a message about how the planet is warming (nowhere is this more obvious than among the melting ice sheets of Antarctica), and the precious role of a robust, fair and representative global scientific community in meeting the challenges of a changing climate.

Drawing women from a wide range of backgrounds and age groups, the voyage creates a space for the women to bond and collaborate.

This year’s expedition includes four women from China. In advance of their trip, they spoke to chinadialogue about their experiences of working in science, cutting-edge environmental research, and the need for greater inclusiveness in scientific fields globally.

Xuehua is a professor of environmental and climate policy at the Institute of New Energy and Low Carbon Technology of Sichuan University, and an environmental policy advisor with a special focus on governance, law, agricultural pollution and urban waste management. She recently finished a study on community waste segregation and compost in Bengaluru, India and is currently conducting a similar experiment in Chengdu. 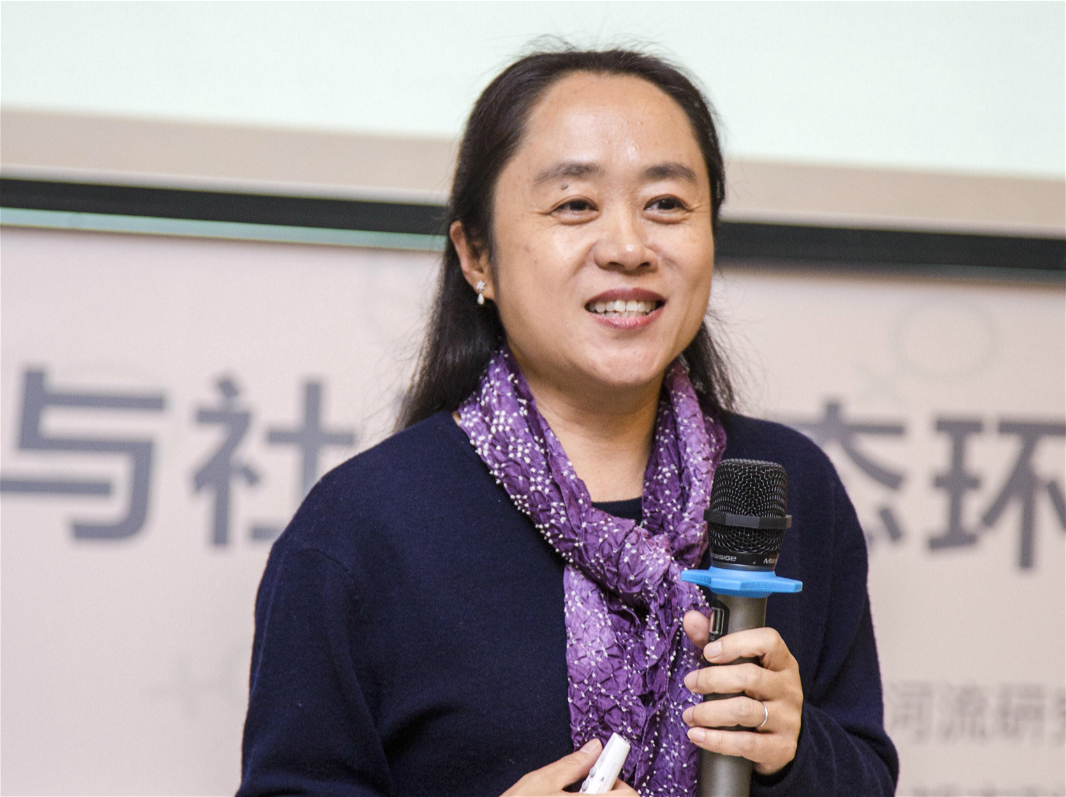 Women and female leaders will have a crucial role to play as humanity seeks a path to sustainable development. To achieve that there must be a fundamental change in our social values. We need to properly value and acknowledge the work of raising future generations; we need more men who are willing to adjust their career goals and regard contributing to that process as part of their personal values.

Only if men and women work together to meet the challenges of the home and workplace will we see more female scientists willing to take on leadership roles and see women playing an equal part with men in policymaking and leadership.

It’s hard for female leadership in this field to be recognised, women often have the ability, but not the confidence. Society still expects women to be mothers and housewives first, forcing many to choose between the workplace and the home. Increasing the capabilities and visibility of women in the fields of science, technology, engineering and mathematics is key to boosting their confidence.

President Trump is anti-science, he denies climate change and he is prejudiced against women. The US has more historical emissions than any other nation, but is abandoning its status as a leader on climate change and hampering international efforts to combat the problem. The world is looking to China to take up that responsibility.

Yiting is the programme development manager at the World Wildlife Federation in Beijing. She has worked as an international grassroots environmental, conservation and justice advocate in Asia, Latin America and Africa, and holds a Master of Environmental Science from Yale University School of Forestry and Environmental Sciences. 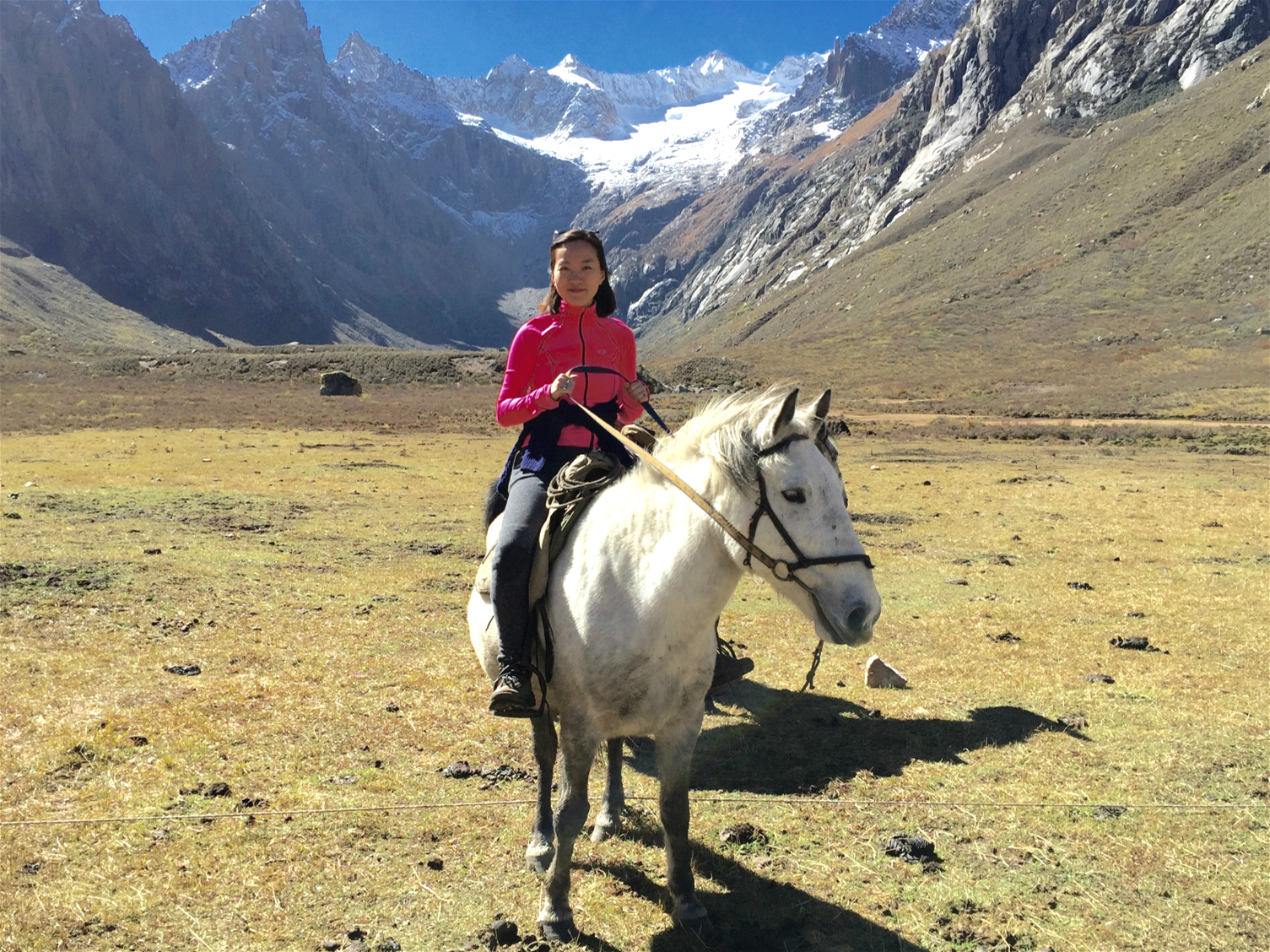 There are still big differences when it comes to the economy and politics – reflected in different rates of pay for the same work, different employment opportunities, and a lack of women policymakers. According to one report it will take 83 years for all differences to disappear.

Our minds and our reality are full of prejudice and fixed views of women’s roles. Those prejudices have a long history. From the Enlightenment and the Renaissance, white men have done scientific research and written the rules. As Bacon said, knowledge is power. But if knowledge is held or created by one type of person, how can power be balanced?

The creation of knowledge must go beyond gender, race, skin colour, age and other differences. We need people of different backgrounds testing each other’s hypotheses, if the outcomes are to be objective and impartial.

Many of the science practitioners in Homeward Bound are working in fields that could have a bearing on China’s emerging environmental hot topics, such as ocean conservation, fishery management (both in near shore and in distant waters), and China’s increasing role in the governance of polar regions.

In my research, I focus on adaptation measures for countries that are less developed than China. I’ve published research questioning market-based carbon trading to resolving environmental issues. It considered how carbon-offsetting helped rural women in Kenya and India change the way they cooked and made a living; and the limitations and, to a degree, unfairness of the market-based method.

Zhang is an investment analyst at the International Finance Corporation, and a member of the World Bank Group focused on private sector development in emerging markets. Her areas of responsibility include the global renewable energy supply chain, energy efficiency and climate smart agriculture. 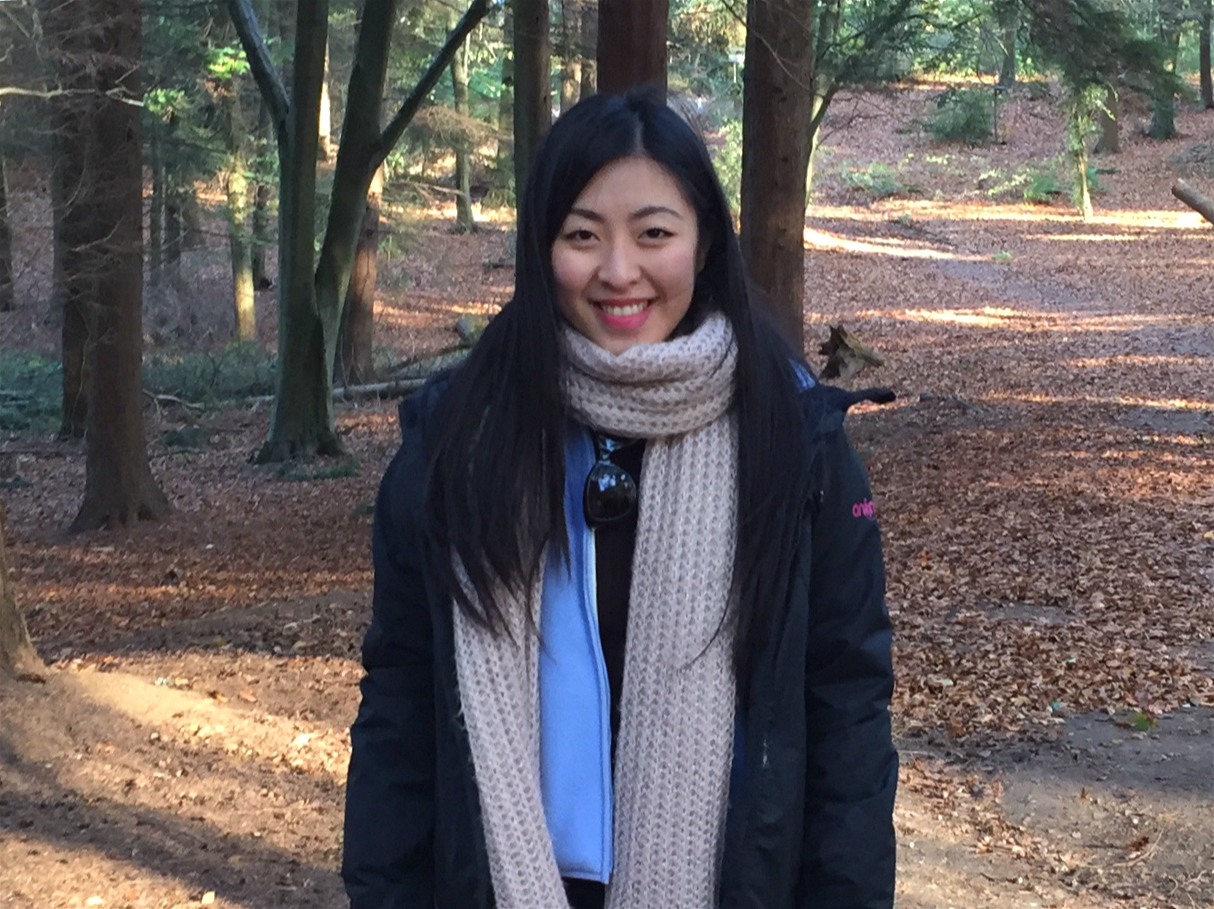 The first thing I think of when talking about the environment in China is smog. This is the most obvious and most pressing issue now. But economic development has resulted in many different environmental pressures, such as soil and water pollution, a more extreme climate, food safety, and so on.

These are already affecting the daily lives of people in China, despite unprecedented reforms and growth over the last 40 years, which have made real improvements to the lives of 1.3 billion people. We can no longer use economic development as an excuse for damaging the environment.

I think you need to do development and environmental protection alongside each other, rather than in opposition. A project I ran recently was an excellent example.

Although China has only 7% of the world’s arable land, in recent years it has used 30% of global fertiliser production, and the sustained overuse of fertiliser means serious soil and water pollution and the release of greenhouse gases – but also results in reduced harvests, and so poorer living standards in rural areas.

The new platform will provide comprehensive agricultural services, using IT to mechanise China’s farmland and reduce the use of fertilisers and pesticides, thus reducing soil and water pollution and improving rural living standards, boosting food quality and ensuring food safety. That is real sustainable development.

Li grew up in a small village in eastern China before becoming a postdoctoral research associate at Iowa State University in the United States. At college she participated in a long-distance cycling trip which stoked her interest in environmental protection. Her specialism includes how fish populations have been affected by the construction of the Three Gorges Dam in China, and the demographic dynamics of alpine fern population on Tibetan Plateau. 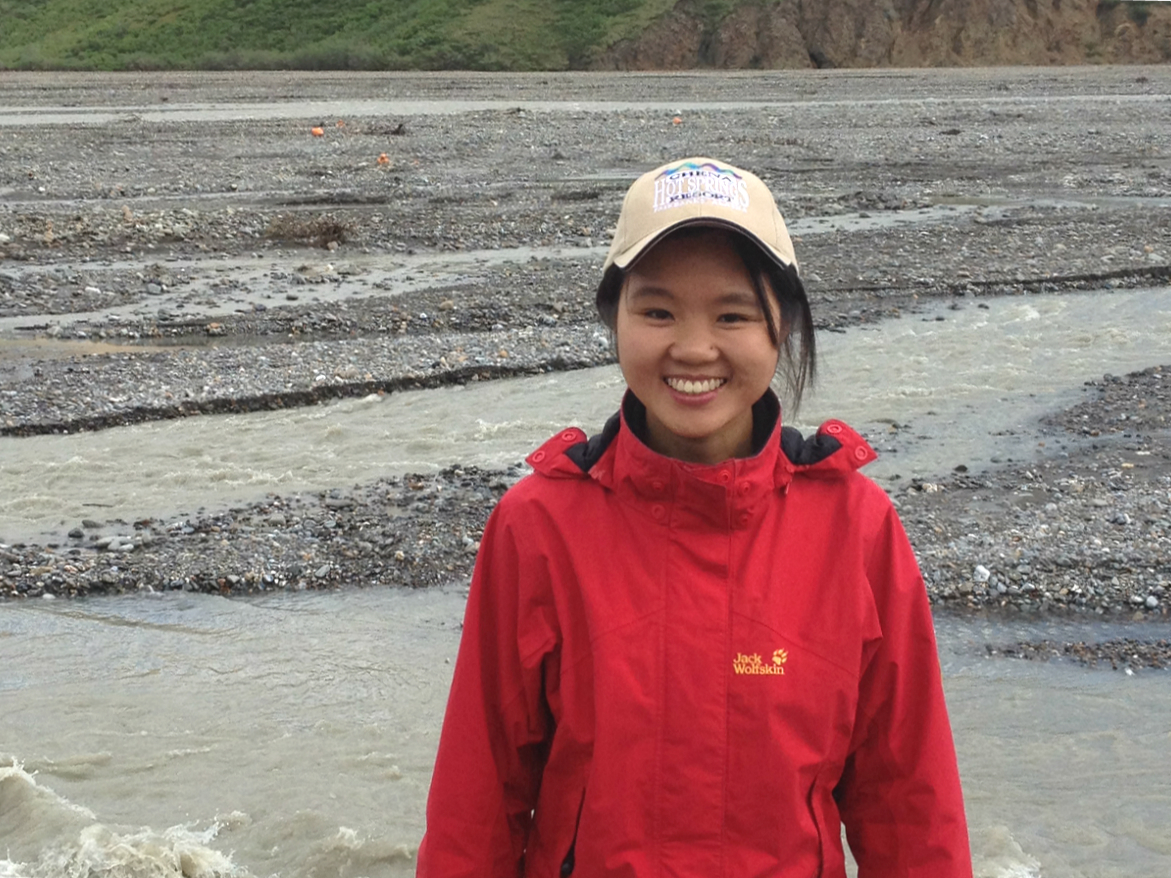 Giving young children an awareness of nature, of history, of evolution, that’s going to have a huge positive impact on future generations.

Yao Songqiao, the sole Chinese participant [in the Homeward Bound project] in the first year, decided to start an education business after returning.

Every year she takes children to Tibet, the Arctic and the Antarctic, teaching them about the geography and the history and culture of these places, and about themselves. Yao benefited from the project, and that benefit spreads to group after group of children.

Awareness of women’s independence is increasing in China, and our status is improving, but in the universities and research institutions I’ve attended less than 10% of staff at the researcher and professor level are women.

My current research involves researching the corn genome to identify genes that will provide resilience to climate change, to provide more options for farmers. Nine tenths of the world’s ice is in Antarctica. Global warming, melting in the Antarctic – this will all have an immeasurable impact on global ecosystems.

We hope that Homeward Bound will help make the public, businesses and governments, all take environmental protection more seriously, to work towards genuine global partnerships governing and protecting our global home.

This article first ran on chinadialogue.