In only five years since 2012, the rural mountain population vulnerable to food-related insecurity increased by 12%. 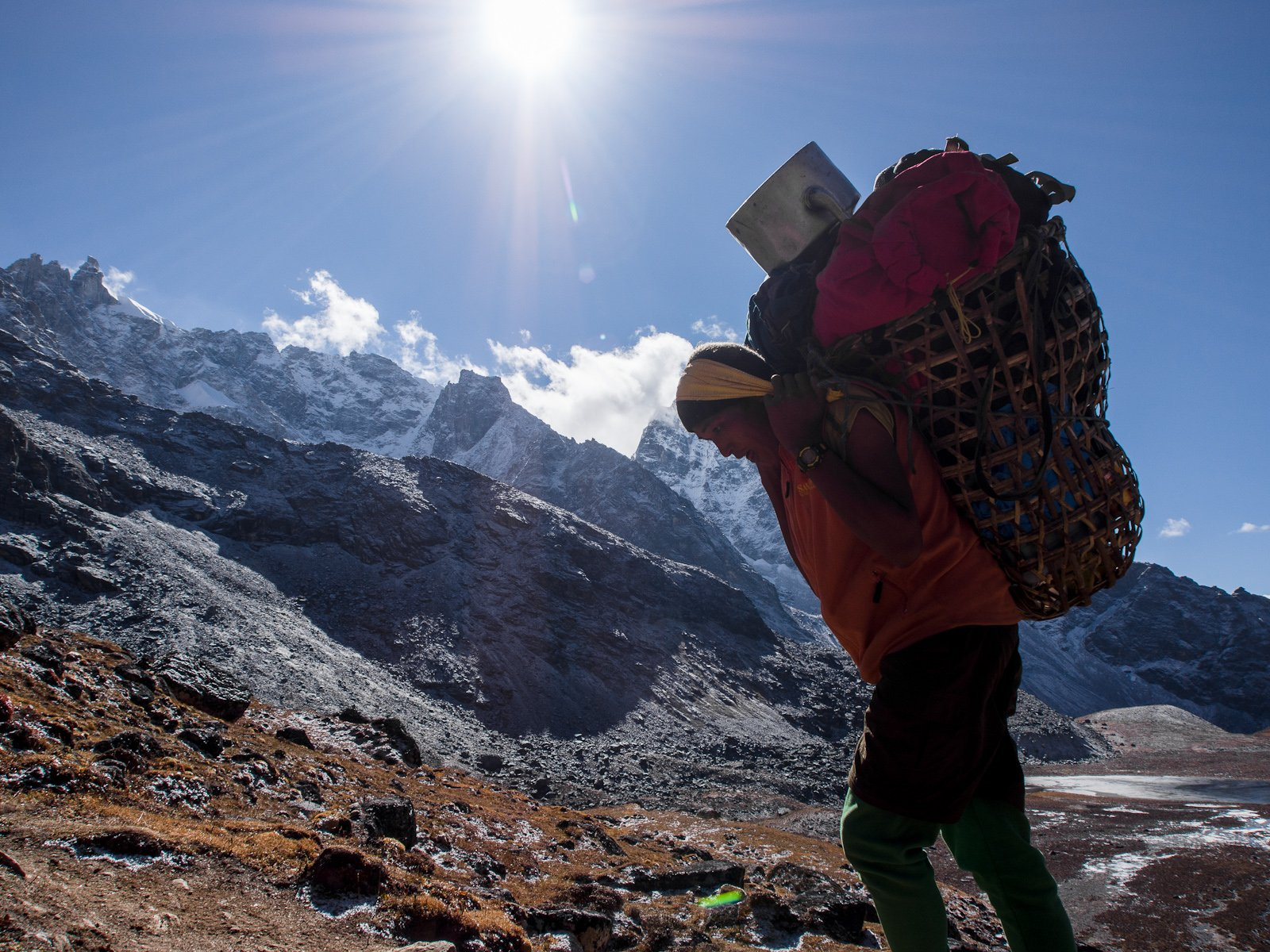 A porter in the Himalaya. Credit: Kiril Rusev/Flickr CC BY-NC-ND 2.0

Shifting precipitation patterns, increasing urbanisation, groundwater depletion, fading springs and land-use change – these are just a few of the issues assailing mountainous regions in developing countries around the world.

Food self-sufficiency is an important first step to achieving food and nutrition security. But many mountain communities – especially in the Indian Himalaya – are unlucky on this count. According to a new assessment, between 2012 and 2017, the rural mountain population vulnerable to food-related insecurity increased from 307 million to 346 million people – i.e. by 12% in only five years.

Researchers released the study on September 12, at the UN Convention to Combat Desertification, Land Degradation and Drought (UNCCD) in Greater Noida, near Delhi. The report was prepared by the UN Food and Agriculture Organisation and the UNCCD’s Global Mechanism team.

Additionally, between 2012 and 2017, the Asian mountain population increased 8.1% to 579 million but the number of people vulnerable to food-related insecurity declined at 7.5%. Asia also logged the highest increase among continents in the number of vulnerable people: 44 million.

“Of the 240 million people that live in the Hindu Kush Himalayan region, a third live below the poverty line, 30% do not have enough to eat and 50% suffer from some form of malnutrition,” Dhrupad Choudhury, a programme manager at the International Centre for Integrated Mountain Development, Nepal, told The Wire.

Nearly 50 million people reside among the Himalayan mountains, and almost 1.5 billion depend on these mountains for water, food and energy. The Indian Himalayan Region spans Jammu, Kashmir, Ladakh, Himachal Pradesh, Uttarakhand, Sikkim, Arunachal Pradesh, Manipur, Meghalaya, Mizoram, Nagaland, Tripura and parts of Assam and West Bengal. The situation is the same in all of the Hindu Kush Himalayan countries.

The mountain communities suffer due to either too much or too little water, and face extreme events more often. Himalayan populations are also remote, hardly accessible and depend more on natural resources. The more the latter are depleted, the poorer and more vulnerable these people become, according to the report.

For example, about 70% of Bhutan is steep slope dryland; a third of the agricultural land is located on steep slopes; and over half of Bhutan’s population depends on agricultural even though the entire country is mountainous. Food insecurity, as a result, is not hard to imagine.

The report presents a similar case study from Nepal, where around 35% of the 14 million people living in the country’s mountainous parts don’t have assured long-term food supply. Agriculture employs two-thirds of Nepal’s workforce and contributes to one-third of its GDP. A report that set targets for land degradation neutrality specified that 118 sq. km of forest cover was converted for other use between 2000 to 2010, and that 4% of the country is in a state of declining productivity.

Land degradation is a major environmental problem, especially in the form of erosion, landslides and floods. Similarly, loss of vegetation due to deforestation, over-harvesting forest products, unsustainable fuel-wood extraction, shifting cultivation, encroachment into forestland, forest fires and overgrazing are the principal drivers of the degradation of forest lands.

Another common problem across the Himalaya, as Choudhury highlighted, is the expanding presence of irrigated rice varieties even at higher altitudes at the cost of the local agro-diversity. This doesn’t only disrupt the “protein-calorie balance” but also exposes farmers who have stopped growing the variety they once used to to the vagaries of nature more. The more diverse crops are cultivated, the more resilient the farmer’s industry is in the face of unpredictable weather. “And with this, they are also losing their vast traditional knowledge of dietary diversity,” he said.

Then there is increasing urbanisation: all new urban centres in the Hindu-Kush Himalaya are being built mostly on arable land – an already scarce commodity on mountains. This in turn could affect long-term food independence, experts warned.

Choudhury said that while 70% of farms situated on plains are irrigated while the remainder are rain-fed, the situation is exactly the opposite in the mountains: 65% of agriculture is rain-fed and 35% is irrigated. And “differences in the mountains and the plains demand different strategies for ensuring water security.”

Krishnan Singh Rautela, of the Integrated Mountain Initiative, a pan-Indian Himalaya consortium, also complained about the land in the hills becoming increasingly fragmented and that agriculture in the mountains is no longer considered to be economically viable. “But with intelligent planning, we can ensure reverse migration,” he said. “Growing of high value commercial/horticulture crop, say mushrooms, can be one option.”

The report finally recommended that officials develop national and regional partnership to build consensus on ways “to monitor vulnerability and document the impact of mountain stressors.” It also suggested taking advantage of existing financial resources within the framework of the UN’s sustainable development goals.

Nivedita Khandekar is an independent journalist based in Delhi. She writes on environmental and developmental issues. Follow her on Twitter at @nivedita_him.