Cereal Prices May Rise 29% By 2050 Because of Climate Change: Leaked UN Report

Food supply chains will get disrupted globally, the study warns. The report is to be officially released in August. 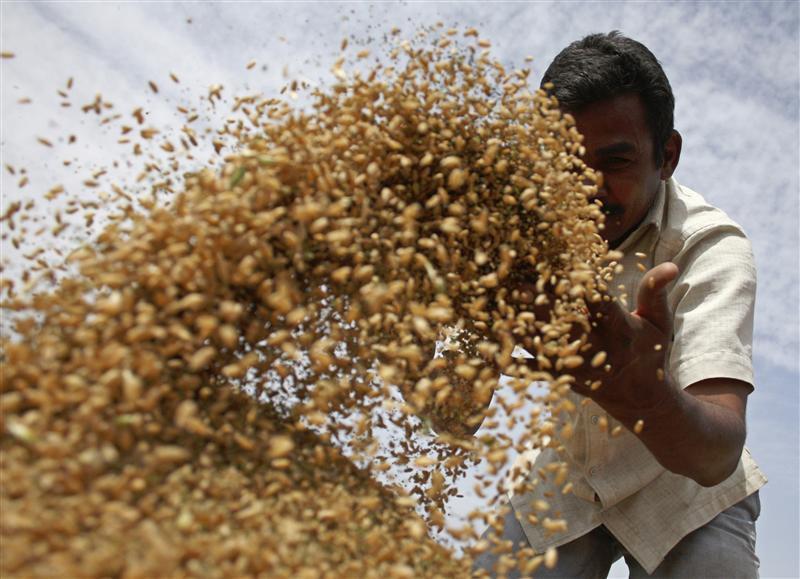 New Delhi: “The rate and geographic extent of global land and freshwater resources over recent decades is unprecedented in human history,” a report authored by the United Nations’ panel of scientists from across the world on climate change is set to say. Business Standard reviewed a leaked copy of the draft report sent to the governments of 197 countries. The report warns governments that as the global temperatures rise, the stress on land resources and its productivity is set to rise.

The report will be put before all member countries of the UN Framework Convention, and once it gets their stamp of approval by consensus it will be made public on August 8.

The authors of the report, gleaning through state-of-the-art science research, have concluded that, “Observed climate change is already affecting the four pillars of food security – availability, access, utilization, and stability – through increased temperatures, changing precipitation patterns, and greater frequency of some extreme events.”

In a significant finding for countries such as India, the authors say, at global warming of 2° Celsius, the population of drylands exposed and vulnerable to water stress, increased drought intensity and habitat degradation could be as high as 522 million. Scientists conclude that at current levels of greenhouse gas emission reductions committed by the countries under Paris Agreement there is a good likelihood for the planet to breach the 2° Celsius temperature rise barrier.

“In drylands, desertification and climate change are projected to cause further reduction in crop and livestock productivity, modify the composition of plant species and reduce biological diversity,” research endorsed by the scientific panel shows.

Half of the vulnerable population due to the climate-change induced aridity would be in South Asia. The degradation of land due to climate change is already leading to consequent shaving off of the global economy, the scientific panel notes. “There are increasingly negative effects on GDP from impacts on land-based values and ecosystem service as temperature increases,” the report says.

But, it notes that, at the regional level, the impacts would vary. “Compound extreme events, such as a heat wave within a drought or drought followed by extreme rainfall, will decrease gross primary productivity of lands, the authors warn.

The impact on agriculture in higher latitudes is recorded to be different than in lower ones, such as the one covering India. “Increasing temperature are affecting agricultural productivity in higher latitudes, raising yields of some crops such as maize, cotton, wheat, sugar beets, while in lower-latitude regions yields of crops such as maize, wheat and barley are declining.

Modelling results, that the scientific panel reviewed, show that cereal prices could rise by up to 29% in 2050 due to climate change, which would impact consumers globally through higher food prices, though the impact would vary by regions. The stability of food supply is expected to decrease as the magnitude and frequency of extreme events caused by climate change increases, disrupting food chains globally.

The increase in global temperatures and consequent climate change is already affecting the productivity of livestock, which is one a main-stay of Indian rural economy. The authors conclude, “Observed impacts in pastoral systems include pasture declines, lower animal growth rates and productivity, damaged reproductive functions, increased pests and diseases, and loss of biodiversity.”

At the same time coastal economies are already suffering an impact as well. “Coastal erosion is affecting new regions as a result of interacting human drivers and climate change such as sea-level rise and impacts of changing cyclone paths,” though the scientists hold a low level confidence in the scientific research that concludes the impact of climate change on cyclone paths.