As the world’s biggest greenhouse gas producer, China is aiming to bring its total emissions to a peak by “around 2030” 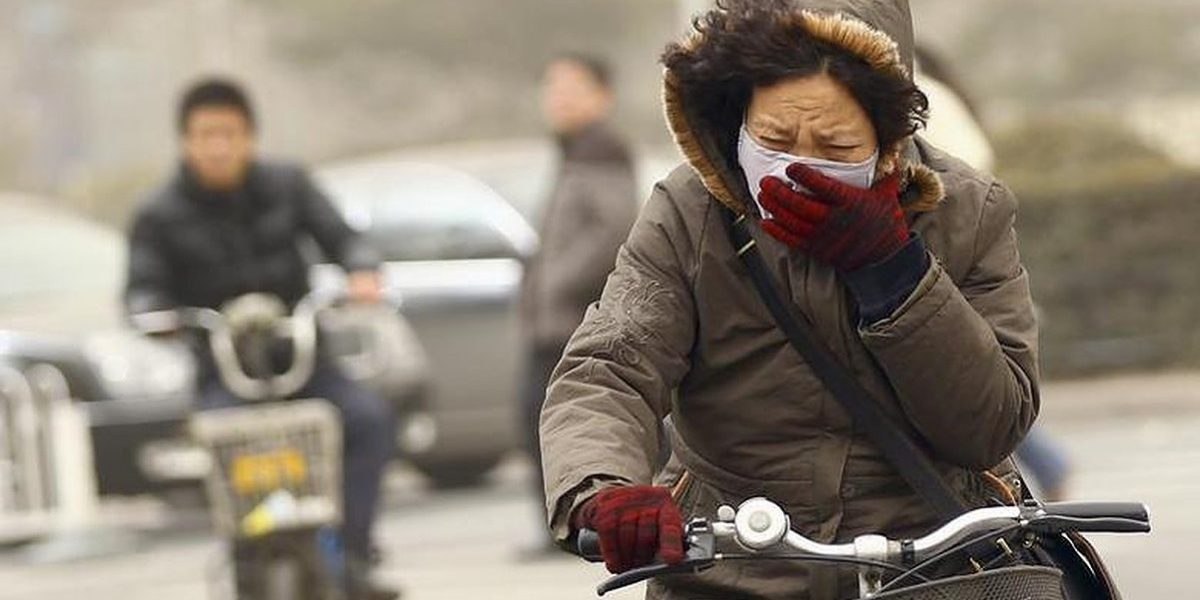 Woman wearing a mask rides her bicycle along a street on a hazy morning in Beijing. Photo: Reuters

China’s carbon emissions data is notoriously opaque, but as a signatory to the UN Framework Convention on Climate Change, Beijing is obliged to submit an official inventory to the UN regularly. It has previously released figures for 2005 and 2010.

As the world’s biggest greenhouse gas producer, China is aiming to bring its total emissions to a peak by “around 2030”, though it has also pledged to show “the highest possible ambition” when it reviews its targets next year.

The 2014 figure, based on the most recent calculations by the Chinese government, includes China’s emissions of greenhouse gases such as carbon dioxide and methane but does not make adjustments based on changes in land use or increases in forest coverage.

The environment ministry said if the impact of forests and other “carbon sinks” were taken into consideration, total emissions would have stood at 11.186 billion tonnes in 2014, still up 17% from 2010.

Total net US emissions were measured at 5.74 billion tonnes of carbon dioxide equivalent in 2017, down 0.5% on the year, according to the country’s Environmental Protection Agency.

A study published by the Nature Geoscience journal last year estimated that China’s total emissions hit a record 9.53 billion tonnes in 2013 and then declined over the following three years.

The decline in CO2 from 2014-2016 came as a result of falling energy consumption, but it has since rebounded.

Record production levels in carbon-intensive sectors such as steel could mean carbon dioxide emissions are still on the rise and could hit fresh records this year, environmental group Greenpeace said.