The Centre had appointed two expert members for a tenure of three years, though Act stipulates a five-year period. 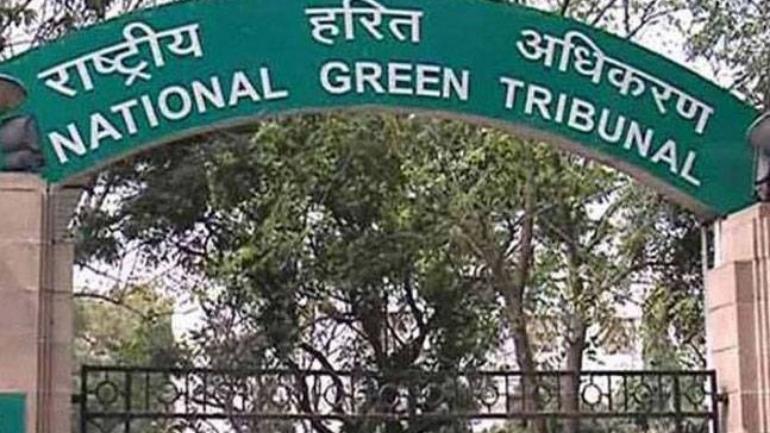 New Delhi: The Union Ministry of Environment, Forest and Climate Change recently refused to make public documents regarding the cabinet’s appointment of two experts to the National Green Tribunal (NGT). The ministry said that disclosing such information would affect the “strategic interests” of the state.

On September 2, 2019, the Department of Personnel and Training (DoPT) issued an order stating that the appointment committee of the cabinet has appointed two existing officials of the environment ministry as expert members in the NGT for a period of “three years or until the next order”.

However, the National Green Tribunal Act, 2010 clearly states that the chairman, judicial members and expert members of the NGT will be appointed for five years and once appointed, they cannot be re-appointed.

Environmental activists allege that by reducing the tenure of expert members of the NGT, the Centre is trying to curb its freedom.

The Wire filed an RTI application seeking several documents including those related to the appointment process, the names of candidates who applied for the post and their specialisations, and the minutes of meetings of the search committee or the appointment committee formed to shortlist candidates. However, the ministry has refused to supply information on all points.

In its response, the environment ministry said, “The process of appointment of expert members in NGT is still going on which is why information cannot be provided under section 8(1)(a) of the RTI Act, 2005 as it will affect the strategic interests of the state.”

According to the first condition as stated in Section 8(1)(i), “The decisions of Council of Ministers, the reasons thereof, and the material on the basis of which the decisions were taken shall be made public after the decision has been taken, and the matter is complete, or over.”

Former central information commissioner M. Sridhar Acharyulu said, “Once the cabinet has made the decision, all documents related to it should be made public. Not doing so is a violation of the RTI Act.”

The ministry did not disclose on what basis the cabinet has decided to reduce the tenure of members of the expert committee to three years, even though the NGT Act has prescribed a five-year term.

Earlier, Nagin Nanda was appointed as an expert member in the NGT in 2018 and his tenure was fixed at five years. Similarly, the order issued for the appointment of S.S. Garbyal in 2016 states that he is being appointed for five years or till the age of 65 years, whichever is earlier.

Environmental activists claim that if the tenure of expert members is reduced, it will be akin to compromising with the independence of the NGT.

In an article published on the website Bar & Bench, environmental lawyer Ritwick Dutta wrote, “The recent appointments will end up destroying the NGT both as a judicial body as well as an expert body on the environment.”

Also Read: Some Questions About Justice Goel’s Tenure at the NGT

In addition, there are also allegations of conflict of interest regarding the appointment of two expert members, one of whom is Siddhant Das. The director general was the chairman of the Forest Advisory Committee (FAC), which decided on the use of forest land for non-forest works.

The additional director general (forest conservation) is also a member of the FAC. Saibal Dasgupta has been appointed to this post. The NGT hears cases against forest clearances given by the FAC. This means the two people who were involved in the decisions regarding forest clearances will hear appeals against their own decisions.

Dutta wrote, “When the NGT was set up in 2011, the majority of Expert Members were non-bureaucrats – environmental scientists and professors. However, since 2014, only officers belonging to the Indian Forest Service have been appointed. This has had and will have serious ramifications on the quality of judgments.”

The condition of the NGT was quite deplorable in the previous term of the Modi government. In September 2018, The Wire had reported that about 70% posts are lying vacant in the NGT. The situation in the zonal offices of the tribunal is even worse.

Although the ministers had earlier said that they wanted to take the NGT more seriously than the UPA government, this now looks like merely lip service. Four regional NGT benches in Chennai, Bhopal, Pune and Kolkata are almost non-functioning at the moment.