The Ken-Betwa river linking project got additional allocation of Rs 1,400 crore this year. Five more river-linking projects have been finalised, prompting serious concern for the environment.

A view of the Ken river. Photo: A.J.T. Johnsingh/Wikimedia Commons CC BY SA 4.0

The main themes of the Budget were the laying of the blueprint for “Amrit Kaal”, which the next 25 years will be, according to Sitharaman, and promoting public investment for ‘world-class modern infrastructure’. Energy transition and climate action (along with productivity enhancement and investment, and sunrise opportunities) were one of the four main priorities listed in the Budget.

The Budget proposed several short and long-term actions for sustainable development. To help domestic manufacturing reach targets for installed solar capacity by 2030, an additional allocation of Rs 19,500 crore will be made, announced Sitharaman. These Production-Linked Incentives (PLIs) will be used to manufacture high efficiency modules – with priority to fully-integrated manufacturing units, from polysilicon to solar photo-voltaic (PV) modules.

Similarly, action plans for 10 sectors such as electronic waste, end-of-life vehicles, used oil waste, and toxic and hazardous industrial waste have been readied.

“The focus now will be on addressing important cross-cutting issues of infrastructure, reverse logistics, technology upgradation and integration with [the] informal sector. This will be supported by active public policies covering regulations, extended producers’ responsibilities framework and innovation facilitation,” said Sitharaman.

As part of transitioning to a carbon neutral economy, 5-7% biomass pellets will be co-fired in thermal power plants resulting in CO2 savings of 38 MMT annually, she said, adding that this would help avoid stubble burning in agriculture fields.

To improve electric vehicles, the government also plans to bring in a battery-swapping policy. “Sovereign Green Bonds” will be issued to mobilise resources for green infrastructure, said Sitharaman, and the proceeds will be deployed in public sector projects which help in reducing the carbon intensity of the economy.

Other environment-related aspects that the government will focus on include promoting chemical-free natural farming starting with farmers’ lands close to river Ganga, added Sitharaman. The Union government has also increased allocations for the Jal Jeevan Mission from Rs 45,011 crore to Rs 60,000 crore this fiscal year. 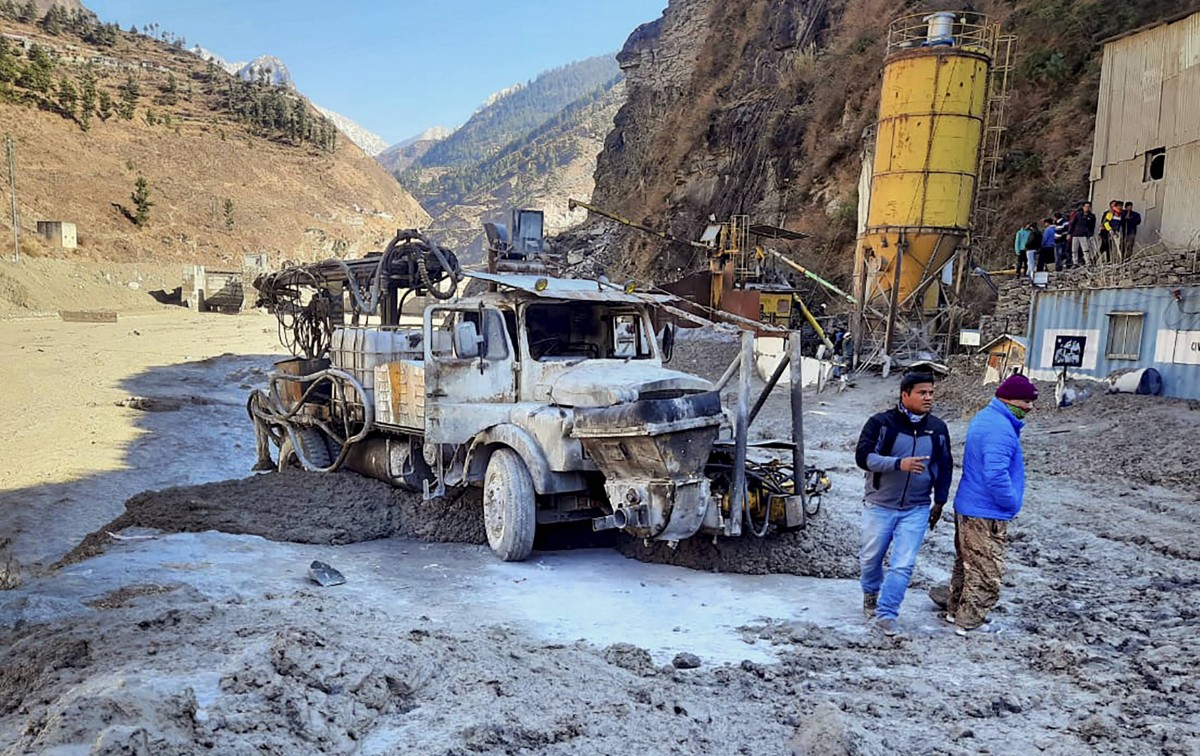 Locals inspect the site near damaged Dhauliganga hydropower project at Reni village, after a glacier broke off in Joshimath causing a massive flood in the Dhauli Ganga river, in Chamoli district of Uttarakhand, Sunday, Feb. 7, 2021. Photo: PTI

Focus on infrastructure and ease of doing business

The Budget provides a huge fillip to infrastructural projects and schemes, which could impact the environment in several ways. However, the approach to developing all this infrastructure will be through clean energy and “sabka prayas” (the efforts of the Centre, states and private sector), she clarified.

Sitharaman said that the Ken-Betwa river interlinking project is being implemented and that it will benefit 9.1 lakh hectares of farm land, provide drinking water to 62 lakh people and generate 130 megawatts of power. The minister announced an additional Rs. 1,400 crores for the ambitious and controversial project for this fiscal year.

And more river-linking projects are in the pipeline.

Draft Detailed Project Reports for five more river linking projects have been finalised, announced Sitharaman. These are the Damanganga-Pinjal, Par-Tapi-Narmada, Godavari-Krishna, Krishna-Pennar and the Pennar-Cauvery. Incidentally, the ongoing Ken-Betwa river linking project has come under huge criticism from various stakeholders for the environmental and social impacts it could cause.

The single window portal system Parivesh has been “instrumental” in reducing the time required for obtaining clearances, said Sitharaman.

The government plans to expand the scope of this portal which will also enable application for all four approvals (forest, coastal regulation zone, wildlife and environmental) through a single form, and tracking of the process through Centralised Processing Centre-Green (CPC-Green).