Book Review: 'The Overstory' is a Tribute to Plant Habitats We Refuse to See

With the threat to plant habitat as its theme, Richard Powers's book cannot be read without a deep sense of foreboding. Disclaimer: This is not a just a book review. After all, how does one review a book that seems to speak with a voice that one has strained to hear, to reveal meanings that one already knew in the deepest reaches of consciousness, to tell truths that are evident but too painful to recognise? How does one take apart in critique, a story that isn’t a story at all?

Confession: I found myself in an odd parallel space as I read this book, on the inside of a campaign to save a spectacular stretch of old banyan trees that were facing the axe to make way for a shiny new highway to ease traffic along the now busy Hyderabad-Bijapur route. The rag-tag group of “nature lovers” as we called ourselves, plotted and planned, using a combination of digital activism and evidence-based argument, to move the powers-that-be to stop and look at development differently, to recognise the micro-worlds that an old tree harbours.

We talked of “yarn-bombing” the wide trunks and holding picnics under the aerial roots to create a community connect, while documenting the many species of insects, birds and small animals that made their homes or rested in the branches. As it happened, the expansion slipped to low priority and was put on hold, for reasons we suspect have more to do with cash flow than a concern with the environment. 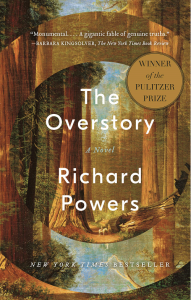 One might say that the circumstances predisposed a certain connection with the book. But as I travelled through the pages of Richard Powers’ novel, The Overstory, I had the sense of what is now called “forest bathing”, of being engulfed… now by the spreading branches of a 200-year-old chestnut that stands in the middle of a farmland, and now by that giant among trees, Sequoia sempervirens, and again by the lobed leaves in a forest of sugar maples. There are whispers in the air and underfoot, channels of chatter that I lack the sense to discern.

On the opening page of the novel, we encounter a woman leaning hard against a pine, in an urban grove where “the air is raining messages”.

Talk runs far afield tonight. The bends in the alders speak of long-ago disasters. Spikes of pale chinquapin flowers shake down their pollen; soon they will turn into spiny fruits. Poplars repeat the wind’s gossip. Persimmons and walnuts set out their bribes and rowans their blood-red clusters.

But like me, few are able – or willing – to listen.

That’s the trouble with people … life runs alongside them, unseen. Right here, right next.

In 500-odd pages, Powers proceeds to tell you a story, made up of many stories branching outward and inward, that gets you to listen and to see that part of life that “runs alongside”. The book is divided into four chunks titled aptly in arboreal fashion: Roots, Trunk, Crown and Seeds.

In the first section, we travel through the lives of the nine protagonists who move the story along. There is Nick Hoel, descended from Scandinavian immigrants whose chestnut tree survives the great blight of the early 20th century and feeds his dreams and his art. Mimi Ma grapples with the legacy of her Chinese father – a mulberry tree and an ancient scroll whose cryptic wisdom eludes her till it is almost too late. Adam Appich, whose twin is a sugar maple, decides to study confirmation bias and its converse. Property rights lawyer Ray Brinkman and Dorothy Cazaly rediscover a lost connection as they puzzle over the many forgotten trees in their backyard. They turn, slowly, from being “two people for whom trees mean almost nothing”, to finding in these trees an energy to keep their slow, stroke-struck days going.

Vietnam vet Douglas Pavlicek – “Doug-fir” – is saved mid-combat by a temple Ficus and dedicates his second life to planting saplings across the denuded hills of his native continent. Neelay Mehta, a programming prodigy confined to a wheelchair builds worlds where players must set the terms for the use and regeneration of resources on a constantly shifting planet. Scientist Patricia Westerford, almost deaf to human voices, but closely clued in to the many languages of plant life, discovers a truly awful secret that no one wishes to believe. And tying much of this together is Olivia Vandergriff aka Maidenhair, college dropout, recovering addict and awakened tree sprite.

Also Read: In Modi’s Constituency, a Wildlife Sanctuary is Quietly Being Erased

Seven of these lives become irrevocably connected in a mission to protect the ancient trees of the northwestern American forests, entire swathes of which are being felled to feed the insatiable greed for timber, or to render the land more amenable to resource extraction and building. These “Cascadians” fight the logic of the growth market, coming up against that inescapable “bedrock of human existence … Earth will be monetized until all trees grow in straight lines, three people own all seven continents, and every large organism is bred to be slaughtered.” Maidenhair and her six comrades-in-arms go beyond tree-hugging, although they do try that, too. They picket, plot and sabotage, they hurtle towards a finish line that has no winners.

Branching out and leading into that twisting arc of a narrative are the joys, sorrows and challenges of each of the characters, the paths that bring them together and ultimately, throw them apart once again. And in the pauses of slow action, there is much to be learned about the trees, their histories, their own struggles and the ways in which they ramble across Earth to form huge living systems that must survive in toto if they are to survive at all. 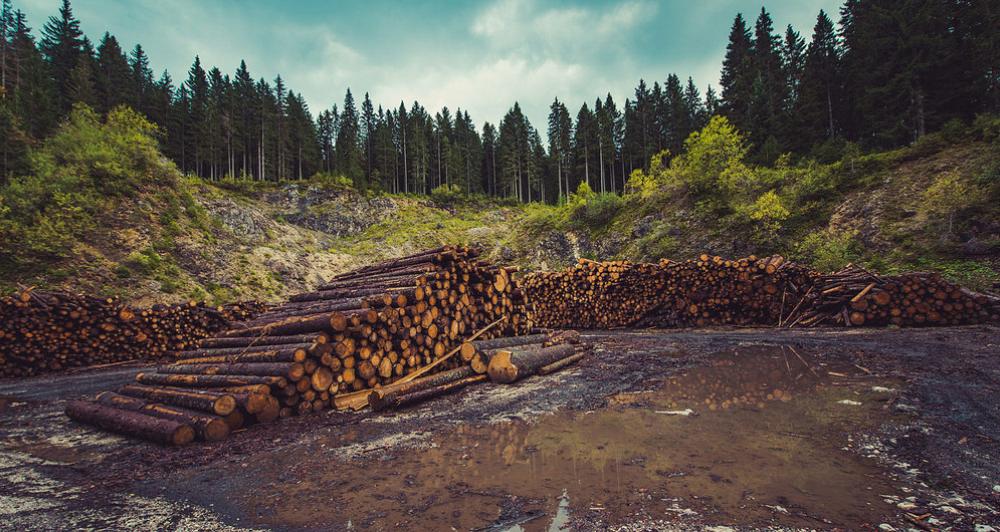 A sense of deep loss and foreboding

You cannot read The Overstory without a sense of deep loss and foreboding. Even as the tree whisperer Patricia Westerford races around the planet collecting seeds to preserve the DNA of species before they are consigned to memory, the development machine rolls on relentlessly. Of all the characters in the book, this is perhaps the best drawn, and Patricia’s evolution through the story the most convincing. Growing up in southwestern Ohio and tutored in the ways of trees by her father, an agricultural extension officer, she learns “that real joy consists of knowing that human wisdom counts less than the shimmer of beeches in a breeze”.

Recalling for the reader oracular voices like Rachel Carson (Silent Spring), Peter Tomkins and Christopher Bird (The Secret Life of Plants), Patricia tells the world that forests are living, breathing systems that connect and communicate. Ironically, the woman who has trouble hearing finds that most people have trouble hearing her. Anyone who has tried to use this argument to convince the development machinery to rethink road expansion projects or digging tunnels into forested hillsides knows how little sway it holds.

Not all the characters, however, are as sharply drawn. Adam Appich makes bewildering turns from near-autistic child to reclusive academic to bleeding heart activist and back again. Neelay Mehta, the obligatory person of colour and almost stereotypically fashioned software whizkid, is a bit of a cardboard figure. It’s hard to understand what Ray Brinkman and Dorothy Cazaly bring to the story, beyond moving from tree-blind to tree-obsessive, perhaps the turn a reader is expected to make. And occasionally science does get in the way of story, though that does have its uses (one less charitable reviewer compared the “lectures” in The Overstory to the speechifying in Ayn Rand novels!).

Also Read: We Need to Save the Bees – but Where Do We Begin?

Despite these literary flaws, it is not hard to see why The Overstory won the Pulitzer Prize for fiction this year. It is a book for our times, with a theme whose urgency cannot be overstated. While habitat loss as a reason for animal extinctions is somewhat understood – we can see that monkeys invade the cities when we destroy their natural homes to build our own – we rarely think of plant habitats in and of themselves. Trees form the cover and substrate for millions of other plant and animal species, and there are intricate interdependencies between flora and fauna within and across biomes, much of which we are only beginning to understand.

The International Union for Conservation of Nature, the world’s largest coalition of government and civil society organisations in the area of environment, estimates that nearly 68% of the 12,914 evaluated species (of the more than 300,000 known species) are threatened with extinction. When continuous tracts of forest land are fragmented, the true measure of biodiversity loss does not become apparent until much later, when interdependent species begin to disappear, a phenomenon that conservationists call “extinction debt“.

And despite all the evidence that is out there, despite the impassioned calls to action from anxious and articulate young people like Greta Thunberg, there’s precious little that human society is doing to ensure that this debt can be recalled – or even minimised. Perhaps this is why we need more stories, because, as Maidenhair says, clinging to a giant redwood (that has been on this planet longer than Christianity) circled by wood-felling mechanical monsters, “The best arguments in the world won’t change a person’s mind. The only thing that can do that is a good story.”

Usha Raman teaches writing and digital media culture at the University of Hyderabad and edits Teacher Plus, a magazine for school teachers.