In Bihar, the south-west monsoon usually arrives by June 10-12. This year, the monsoon is expected to hit on June 22. 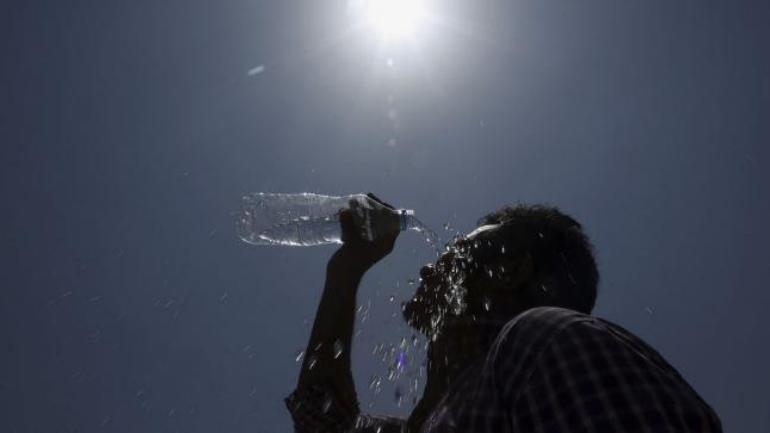 Bihar Chief Minister Nitish Kumar has expressed concern over the deaths and announced a compensation of Rs 4 lakh to the kin of victims. Photo: Reuters

Patna: Bihar has been caught in the grip of a raging heatwave since June 15, which has left 142 persons dead in four days and has led to the hospitalisation of 1,195 people, according to the state health department.

Local newspapers, however, are putting the death toll as high as 304.

The state has dismissed that figure as unreliable. “I don’t know where they get the figures from and can’t comment on this,” said Kaushal Kishor, addition secretary of the Bihar health department.

Using the powers vested under Section 144, the Bihar government has issued prohibitory orders to keep people from stepping outside in the searing heat, particularly between 11 am and 4 pm.

The state government has imposed a ban on any kind of construction work (government or non-government) between 11 am and 5 pm. In addition, work under MNREGA plan is also prohibited during this period. The orders also prohibits all public gatherings during the afternoon. All schools, colleges and private tuition institutes have been asked to remain closed till June 22.

Section 144 was first imposed in the district of Gaya. District magistrate Abhishek Singh said that the orders have been imposed in order to ensure that people do not go out in the heat and that it will remain in place until the next order. Retailers’ unions have also been urged to keep the shops closed in the afternoon except to offer emergency services. A day later, Section 144 was imposed in the entire state.

Temperatures have been recorded in excess of 45 degree Celsius in several parts. On June 15, Gaya recorded a maximum temperature of 45.6 degree Celsius, 8 degrees above normal, which led to the deaths of 25 people. Another 30 persons lost their lives in Aurangabad on the same day.

On June 16, 36 people died in Aurangabad and another 28 died in Gaya. On June 17, the combined death toll in Aurangabad, Nawada and Gaya was 48.

Considering the rising number of patients in hospitals, additional doctors have been deployed in these districts. Guidelines have been issued for the general public as well.

According to weather expert G.P. Sharma: “Since the temperature was at a constant in Bihar during the last few days, when the temperature rose suddenly, the surge came as a shock.”

He says, “Heatwaves are normal in Bihar but the change in weather during the last week was felt across Madhya Pradesh and Gujarat. Though Punjab and Rajasthan have witnessed a slight respite from the heat, its effects have not reached Bihar yet. As a result, Bihar is still reeling under the hot weather. Had there been phases of change in weather activities, the impact would not have been as harsh.” 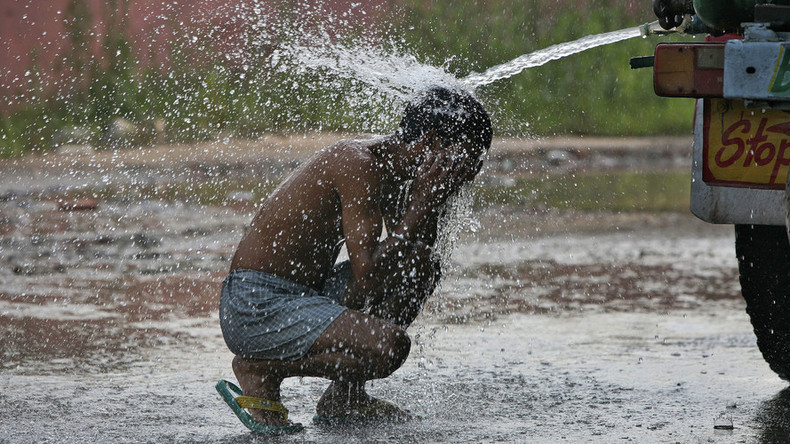 Heat wave conditions are likely to prevail in Bihar and parts of West Bengal for another day, after which they are likely to subside. Photo: Reuters

“When the weather remains constant, and the temperature does not fluctuate much, a cumulative effect is seen over a period of a few days which results in a sudden surge in temperature. That’s what happened in Bihar,” he adds.

For the past one week, the temperature in Bihar has hovered around 45 degree Celsius – between 5 and 6 degrees above normal.

In its latest bulletin, the Indian Meteorological Department (IMD) has predicted some respite. Heat wave conditions are likely to prevail in Bihar and parts of West Bengal for another day, after which they are likely to subside.

Speaking to The Wire, Pradhan Parthasarthy, the head of Indian Meteorology Society (Patna) who has been researching weather patterns for several years, and who is also a member of the steering committee of Bihar State Action Plan for climate change, pointed towards the geographical reasons of the heatwave in Magadha region.

He said, “Magadha region has the Vindhya mountain range which begins from Mirzapur and reaches Palamu, while passing through Kaimoor, Rohtas and Gaya. There is little foliage in the region and the mountains are bare. They tend to heat up quickly and the wind that blows through the region rapidly becomes hot. The temperature in areas where the wind becomes hot tends to increase sharply as compared to the plains. This hot wind transforms into loo which is deadlier in the plain. This is why these areas witnessed a soaring heat and loo claimed dozens of lives.”

Also read: Heat Waves Could Kill – Partly Thanks to an Outdated Definition

“The Westerlies are active in the plains of Ganga right now,” says Parthasarthy. “As long as the Westerlies remain active in the Ganga plains, they will not allow the formation of clouds over Bihar. Clouds will form here only when winds from the Bay of Bengal blow. It is these winds which push the monsoon towards Bihar.”

Another reason for the heatwave has been the delay in the monsoon.

In Bihar, the south-west monsoon usually arrives by June 10-12. It enters the region through the Bay of Bengal. But for the past few years, it has been arriving late. Officials of the meteorological department said that the monsoon arrived late in Kerala itself, which is why it has been late in reaching Bihar.

This year, the monsoon is expected to hit Bihar on June 22.