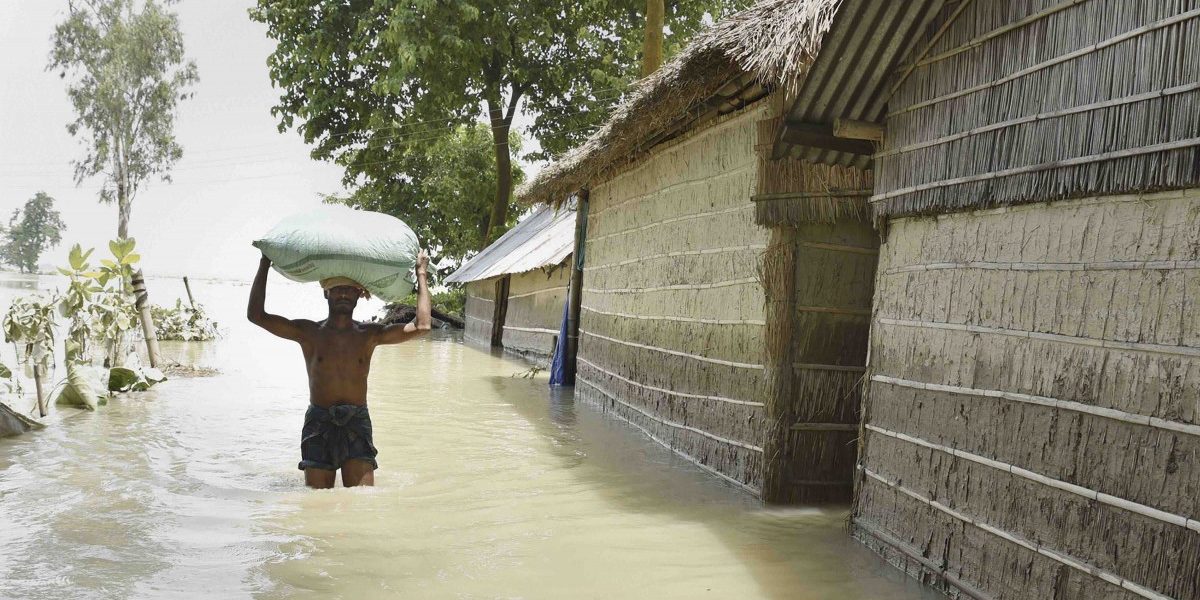 The toll climbed to 64 in Assam and 102 in Bihar, with five more casualties being reported in each of the two states since Saturday. Photo: PTI

Patna/Guwahati: Floods continued to wreak havoc in Bihar and Assam, with around 1.11 crore people continuing to reel under the deluge in the two eastern states where the death toll reached 166 on Sunday.

The toll climbed to 64 in Assam and 102 in Bihar, with five more casualties being reported in each of the two states since Saturday.

In Bihar, 72.78 lakh people from 12 districts of the state have been hit by the calamity while in Assam 38.37 lakh people were affected in 18 of its 33 districts.

According to the disaster management department, all the fresh deaths in Bihar were reported from Madhubani district, which accounted for 23 casualties.

Also read | Floods and NRC: A Toss up Between Life and Citizenship

With 27 deaths, Sitamarhi remained the worst-affected by the flash floods, which hit the state in the wake of torrential rains in Nepal’s Terai region last week.

In Assam, of the five fresh deaths, two were reported from Morigaon district and one each from Dhemaji, Goalpara and Kamrup districts, according to the Assam State Disaster Management Authority (ASDMA).

Flood water, however, receded in five districts of the northeastern state and the displaced people returned to their kuchcha houses to find most of their dwellings swept away by the torrential rains.

The death toll at the Kaziranga National Park stands at 141, the ASDMA said.