The higher end of the barn owls' hearing spectrum is far higher than most other birds can hear. And in mammals, these frequencies are the first to go with age. 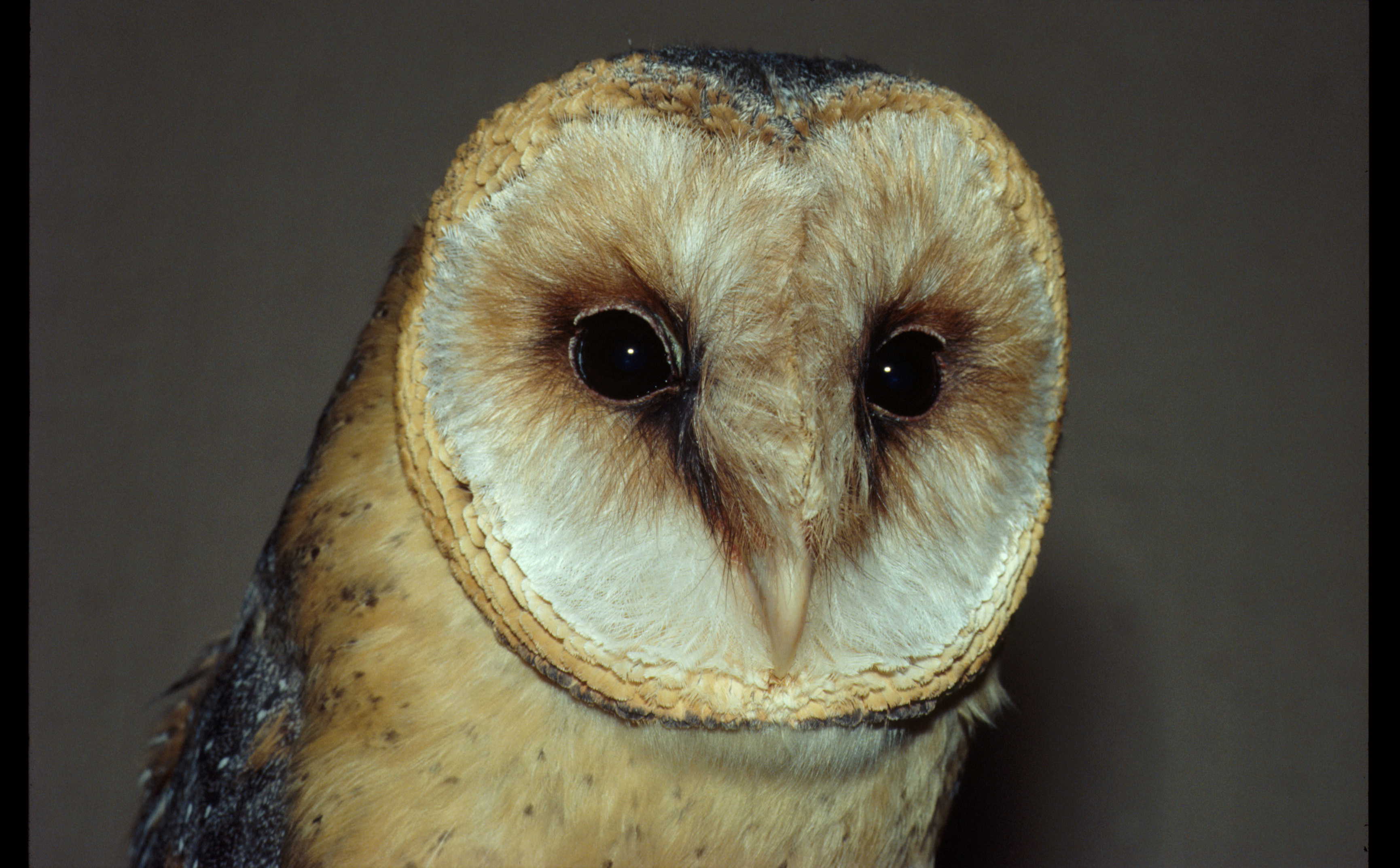 Elderly barn owls do not become hard of hearing as they age. Credit: Group Animal Physiology and Behaviour, Oldenburg University

Barn owls (Tyto alba) hunt by listening to the soft sounds of rodents scurrying on the ground. Their heart-shaped faces are the key to their exceptional hearing. Shaped like parabolic reflectors, they direct sound to the ears, located right behind their eyes. Even though they don’t have external ear flaps, their faces perform this function much better than our ears do.

Barn owl ears are asymmetrical, one is not level with the other, and this difference enables acute stereoscopic hearing. One ear points below while the other is turned above, which helps them pinpoint the location of the sound on a vertical plane. Internally, their ears have a specialised cochlea and the longest basalar papilla, sensory cells for hearing. No other bird species has such exceptional adaptations, nor do they have the owls’ hearing range of 200 Hz to 12 kHz. This gives the raptors the advantage of hunting in total darkness. When barn owls are so dependent on hearing, they wouldn’t be able to survive any level of loss.

The higher end of the barn owls’ hearing spectrum is far higher than most other birds can hear. In mammals, these frequencies are the first to go with age. How sharp is the birds’ hearing at this end of the spectrum as they age?

Barn owls don’t live long, most die by four years of age. Some exceptional ones live to be 21 or older. If their average lifespan is short, what happens to the hearing of elderly birds?

Researchers from the University of Oldenburg, Germany, led by Ulrike Langemann tested the hearing acuity of barn owls of various ages.

Langemann had conducted similar experiments with European starlings (Sturnus vulgaris) that showed that they have acute hearing throughout their lives. Since barn owls rely on their hearing to a greater extent than starlings, the research team wondered how good their hearing was as they aged.

They had two age groups: four young birds less than two years old and another set of three that were above 13 years of age. One of them was a 23-year-old called Weiss that had been tested throughout its life. The birds were trained to jump from a waiting perch to another perch when they heard the experimental sound. The researchers played tones ranging from 0.5 to 12 kHz and gauged the birds’ reactions.

“These data were collected over many years, so one challenge was certainly to keep collecting data in a strictly (and statistically) comparable way while much of the experimental arena where the owls were tested changed over the years,” Langemann told The Wire.

At frequencies between 2 and 8 kHz, both age groups were sensitive to sounds below zero decibels, making barn owls far more sensitive than other birds. In some frequencies, older birds had better hearing than youngsters. At others, young ones performed better. Both young and old needed a sound level of 32 decibels to detect 12 kHz tones. While the threshold of each bird rose and fell during the experiment period, it wasn’t related to age, the authors say. Even though three of the captive owls were older than 21 years old, their hearing acuity didn’t lessen. The experiments showed that young birds had better hearing than older birds but only by a bit.

How do owls maintain sharpness of hearing with age?

When humans and other mammals lose these hair cells in the cochlea, deafness is permanent. Loud music, trauma, and age kill these cells and mammals cannot regrow them. Half of the 65 years old and above age group, for instance, are likely to lose hearing of 30 decibels at 4 kHz and above and require hearing aids to amplify sound.

Birds, however, do not suffer from this disability. In numerous experiments, researchers destroyed the hair cells of many bird species by applying a drug called gentamycin. Within a few months, the birds had regrown those cells and had almost completely recovered their hearing.

“On the basis of our previous work on starlings, and evidence for very low-level ongoing regeneration in the ears of birds like quail and budgerigars, we postulated that owls, too, would not show age-related hearing loss,” says Langemann. “On the other hand, owl-hearing is very specialised among birds, which led us to doubt the generality of the principle. In the end, the true ‘agelessness’ of the owls’ hearing into very old age did surprise us. It was the clearest possible outcome.”

This ability of even old birds to regenerate hair cells with vigour is the secret to their sharp sense of hearing. Since starlings, as well as owls, have a remarkable hearing ability that remains undiminished by time, Langemann says it’s likely that all birds have the same capacity.

“Our study relates these findings to function, that is, we could show that the regeneration is indeed still working on old animals,” she says.

Why do birds have this enviable hearing? Why do mammals become hard of hearing as they grow old?

Langemann thinks mammals have lost the ability to regenerate their hair cells. “However, we tend to forget that presbycusis is likely to be a phenomenon that is greatly exacerbated in our modern societies,” she says. “Under natural conditions, few mammals reach an age where presbycusis would be a serious problem.” The team hopes the findings will one day help elderly humans regain their lost hearing.

Even as we dream of possessing self-repairing ears like owls, the noise of our traffic makes them deaf. Up to 120 metres on either side of roads, the lowest hum of automobiles reduced owl hearing by 17% and at the highest noise level by nearly 90%.

The study was published in the journal Proceedings of the Royal Society B on September 20, 2017.