The country can no longer drag its feet on climate policy: its leaders will have to find a way to decarbonise their economy. 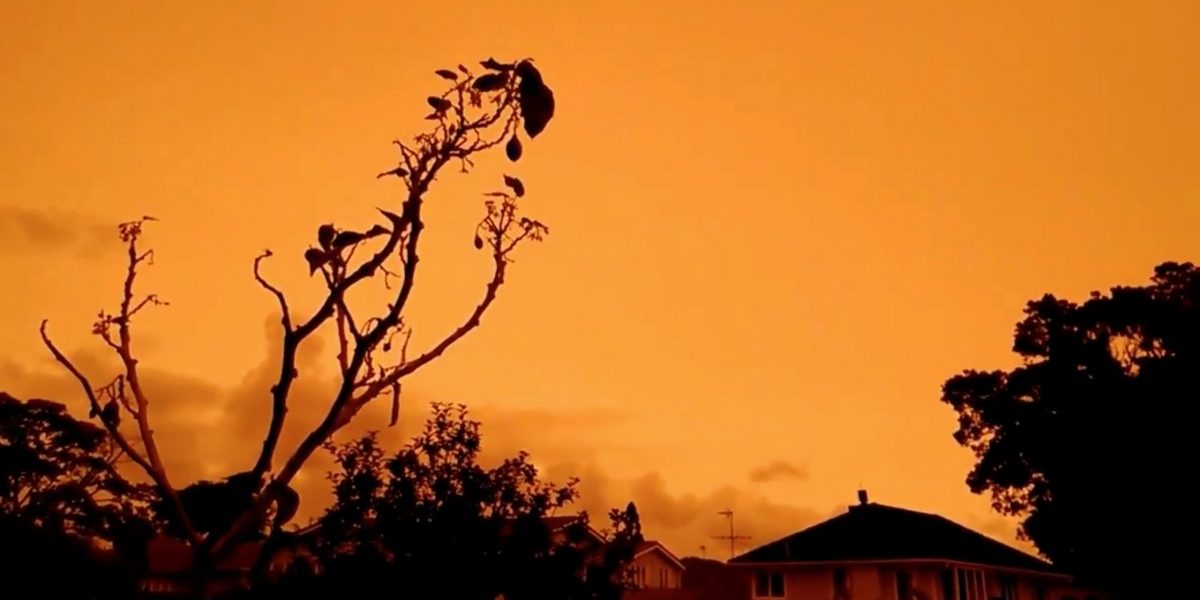 A view of orange skies in Auckland, New Zealand, from smoke plumes caused by bushfires in Australia (January 5, 2020), in this picture obtained from social media. Photo: Twitter @Zimenaj/via Reuters 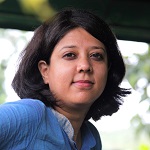 Heart-rending pictures of animals caught in barbed wired trying to escape a mammoth blaze in Australia have rendered the crisis in this island-country unmissable. The scale of death and devastation has been beyond imagination. Some news outlets have also reported that the area impacted is twice the size of Belgium and that species endemic to Australia are being wiped out.

The koala – the quintessentially Australian marsupial – is down to one third of its population, along with thousands of kangaroos. Humans haven’t been spared either: people have been asked to vacate their homes and a near-constant pall of smoke hangs over big cities like Sydney.

But this devastation tells a deeper story – of a country that hasn’t quite committed to acting against climate change and is today a victim of its own lacklustre policies on this front. The Australian fires have shown us why the country needs to do much more when it comes to combating the climate crisis.

Thus, the tracker rates Australia’s NDC target for 2030 as ‘insufficient’, indicating that the country’s climate commitment in 2017 is not consistent with holding warming to below 2° C, leave alone limiting it to 1.5° C. And to make matters worse, Australia’s reliance on coal, for power plants as well as export, locks it into a cycle of increasing emissions.

Harjeet Singh, the global climate lead at ActionAid, argues that even at international talks, Australia hasn’t brought much to the table. “Australia, the US and Japan led the push for accounting loopholes that ended in no deal on carbon markets and blocked funding for survivors of climate disasters,” he said.

And even as these deadly fires raged, it is ironic that “rich countries used every opportunity at the recent climate talks in Madrid to dampen ambitions,” he added, “and protect the interests of polluting industries.”

In contrast, India – a member of the developing world – is on target to meeting its Paris Agreement commitment ahead of time. The same tracker has rated India ‘2° C compatible’: that is, India’s climate commitment within the range of what is considered to be a fair share of the global effort. Of course India needs to do more.

J.M. Mauskar, India’s former lead climate negotiator who has years of experience at UN climate summits, argued however that while the “Australian position towards climate change has indeed fluctuated”, calling it climate denial “may be extreme”.

Like the US, Australia negotiated but did not ratify the Kyoto Protocol in 1997, like everyone else, but only a decade later. And “when it did, we clapped until our hands ached,” Mauskar said. The basic issue according to him is that “some domestic political parties and international NGOs would like Australia to react to climate change as an emergency, like the EU is doing with ratcheted 2030 targets beyond its 2015 NDCs.” But this isn’t easy to do: Australia makes a lot of money by exporting coal and natural gas, “not to speak of the heavily energy-dependant lifestyle of Australians.”

But given that Australia’s per capita emission of greenhouse gases is 16.8 tonnes, against the EU’s 8, Australia could have brought more to the table.

Australian industries are still heavily invested in fossil fuels within as well as without its borders. As a result, the country has one of the largest mining footprints in the world, with the highest number of mining companies operating in Africa. A report published by Actionaid Australia in 2019 has found that “as many as 50 companies listed with the Australian securities exchange [operate] more than 150 fossil fuel projects in countries around the world.” The report assesses their footprint and finds that “the operational fossil fuel projects alone have reserves equivalent to 2.4 billion tonnes of carbon emissions” – “equivalent to five-times Australia’s current annual greenhouse gas emissions”.

Considering these companies are also planning a further 115 fossil fuel projects, these projects are clearly inconsistent with efforts to limit global warming to 1.5º C or less.

Also read: Australia Is Literally Burning. It Must Vote out Fossil-Fuelled Politicians.

If Australia has to deal with its climate crisis, it has to completely overhaul its policies. The raging fires aren’t the only indicator that all is not well in the land down under. Others include the massive bleaching of corals in the Great Barrier Reef, drought and prolonged heatwaves. People praying for rain are still only coming to grips with the extent of devastation. Australia’s Prime Minister Scott Morrison also came under fire from the press for holidaying in Hawaii as towns were being evacuated back home.

The country can no longer drag its feet on climate policy: its leaders will have to find a way to decarbonise their economy. The world is indeed running out of time.

Bahar Dutt is an award winning environment journalist and author of the book Rewilding: Experiments In Restoring Nature, with Oxford University Press.