Soneswar Narah alleged that Numaligarh Refinery Limited manipulated the project's environment impact assessment report, which failed to mention the presence of a proposed reserved forest in the vicinity. 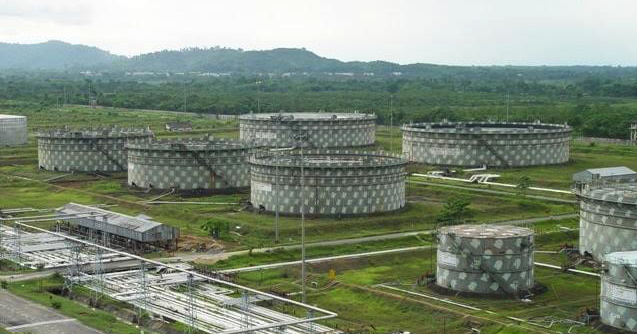 The PSU’s bio-refinery project, to be built in collaboration with a Finnish company, is said to be India’s first. Credit: Numaligarh Refinery Limited

New Delhi: The well-known farmers’ rights activist of Assam, Soneswar Narah, was arrested by the state police on July 15 while he was addressing a public hearing organised by the state pollution control board regarding the setting up of a bio-refinery close to the Kaziranga National Park by Numaligarh Refinery Limited (NRL).

Situated in the state’s Golaghat district, NRL is a joint venture between Bharat Petroleum, Oil India and the Assam government. In May 2016, the public sector unit, under the Ministry of Petroleum and Natural Gas, signed a term sheet with Finnish company Chempolis Limited to set up a bio-refinery, said to be India’s first.

The initial agreement was signed in October 2014. The bio-refinery, to be built at an estimated cost of Rs 990 crores, is likely to produce bio-ethanol with “co-production of furfural and acetic acid from locally available non-biomass feedstock” with technology borrowed from the Finnish company.

According to local media reports, Narah, an advisor to the farmers’ organisation Jeepal Krishak Sramik Sangha (JKSS), was arrested by Golaghat police from the vicinity of the refinery for “questioning” the environment impact assessment (EIA) report of the project. Narah pointed out that the EIA report doesn’t mention the presence of a proposed reserved forest in its vicinity.

The EIA report mentions “Kaziranga national park at around 22.5 km in the north-west direction” and “Garampani wildlife sanctuary at around 20 km in south-east direction” of Owguri Chapori gaon, the bio-refinery site. However, contiguous to the Kaziranga park is Deopahar, proposed by the forest department to be a reserved forest.

The EIA guidelines set by the Ministry of Environment and Forests (MoEF) bars industries coming up within a distance of 15 kms of a reserved forest.

“The no development zone orders of the MoEF has made any form of developmental activities impossible for the local community within a radius of 15 kms. However, the NRL regularly violates those rules. Not only has it manipulated the EIA report for the proposed bio-refinery project, it has been violating the rule for some time in other ways too. It came up with a golf course in a reserve forest in Deopahar after cutting hundreds of trees, and also built a wall blocking the passage of wild elephants. The National Green Tribunal (NGT) ordered the refinery to pull down the wall and plant more trees than they had cut but it has ignored that order,” said Pranab Doley, another advisor to the JKSS.

Last year, a documentary by Sanctuary Asia showing a herd of wild elephants coming from the Deopahar side and getting stuck on the way due to the construction of the wall by the NRL caused considerable outrage on social media. It caught the attention of the NGT, which asked the refinery to demolish the wall in August 2016.

Local civil society organisations also appealed to the state government to declare Deopahar a reserve forest as it is a part of the elephant corridor from the Karbi hills and the Kaziranga National Park. In 1999, the state forest department also proposed the idea but nothing has come of it.

Speaking about the July 15 public hearing, Doley said, “Since the MoEF guidelines say there should be a public hearing for an industry to come up, the refinery with help from the state administration and police made a mockery of it.”

Narah, who reportedly fell sick later in the night, was admitted to the district hospital. He has since been in custody and has been charged under Sections 307 (attempt to murder), 353 (assault or criminal force to deter public servant from discharge of his duty) and 34 (criminal act done by several persons in furtherance of common intention) of the IPC.

Interestingly, though Doley was in Delhi on July 15, an arrest warrant has also been issued against him by the police for alleged “attempt to murder” at the public hearing.

“The Assam police has gone to the extent of filing a case under Section 307 against me too even though I was in Delhi ten days prior to the public hearing in relation to the treatment of Akash Orang, a young boy shot by the forest officials of the Kaziranga park,” Doley told The Wire.

Without divulging too many details, district additional superintendent of police Dhurbojyoti Bora told local reporters, “We arrested one person. He is in the hospital now. We have informed [about his arrest] to the judiciary”.

Attempts to reach officials at the NRL office in Golaghat were unsuccessful.