Red alert warning has been issued in Kerala for heavy rains, while temperatures dropped in north India. 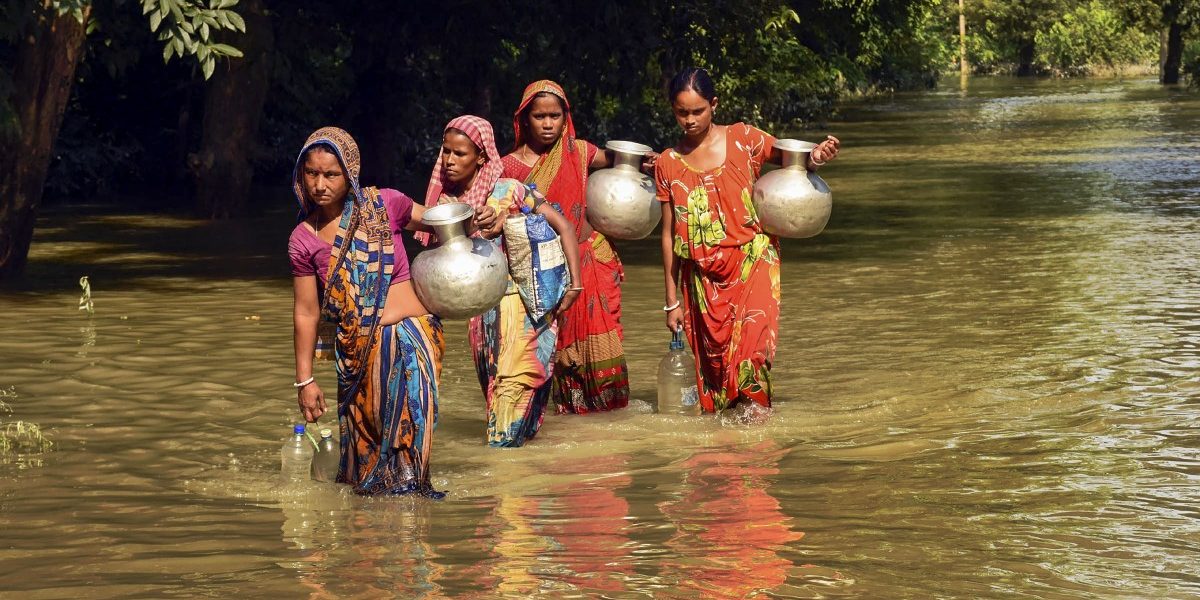 New Delhi: The flood situation in Bihar, Assam and Meghalaya remained grim on Thursday with the death toll crossing the 100-figure mark while three districts in Kerala braced for extremely heavy rains with the IMD issuing a red alert for the next three days.

Parts of north and eastern India were lashed by rains and the Army was called out in Punjab’s Sangrur district following a 50-foot breach in the Ghaggar river that inundated over 2,000 acres of agricultural field and inhabitants of a few nearby villages fled fearing flood threat.

The national capital witnessed a fresh bout of rains on Thursday that resulted in a drop in temperatures and pollution levels.

Also Read: Fighting Floods Is Hard but There Are Two Ways to Make It More Democratic

The Safdarjung Observatory, which provides official figures for Delhi, reported 12.1 mm rains overnight. Between 8:30 am and 5:30 pm, it measured 3.6 mm precipitation.

A total 78 people have died so far in the flash floods that have hit Bihar in the wake of torrential rainfall in adjoining Nepal, the state disaster management department said. 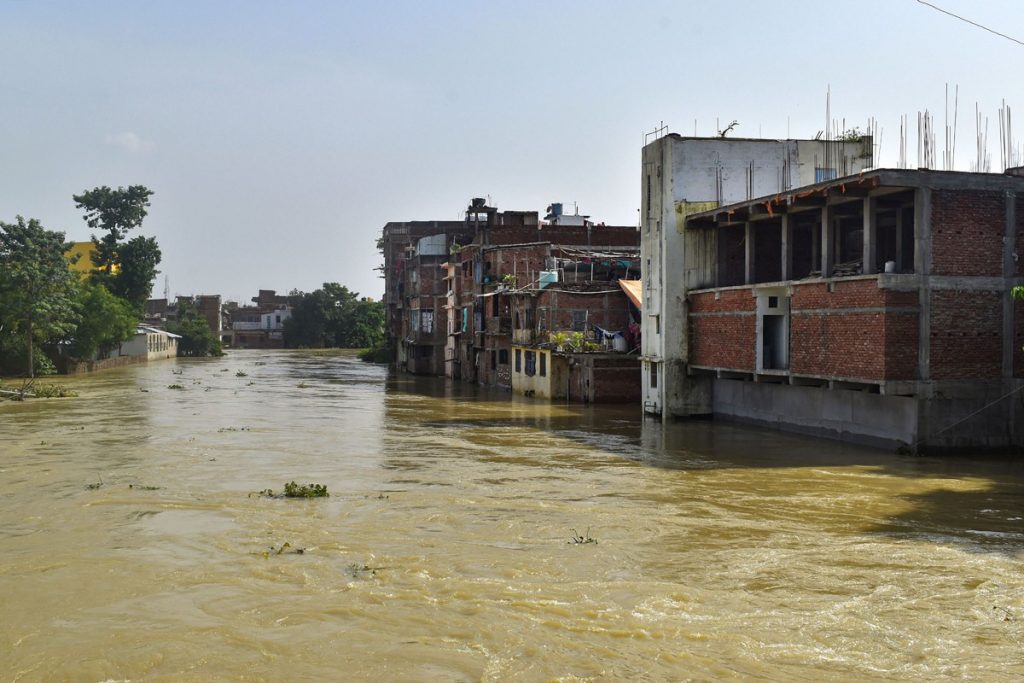 Muzaffarpur has been badly effected by floods. Photo: PTI

Assam still in grip of floods

Of Assam’s 33 districts, 28 remained under the grip of floods that has displaced nearly 54 lakh people and killed 36 people.

The mighty Brahmaputra and its tributaries are flowing above the danger mark in Guwahati and other parts of the state, and according to the Assam State Disaster Management Authority (ASDMA), 53,52,107 people are reeling under the impact of the deluge.

Nine fresh deaths – three from Morigaon, two from Biswanath, and one each from Sonitpur, Udalguri, Bongaigaon and Barpeta districts – were reported on Thursday, the ASDMA said.

Also Read: Floods and NRC: A Toss up Between Life and Citizenship

Barpeta is the worst-hit district with 13.48 lakh people suffering due to the deluge that has damaged over 4,000 houses across the state, swept away 130 animals and affected over 25 lakh big and small animals.

Large parts of Manas National Park and Pobitora Wildlife Sanctuary are also submerged, forcing wild animals, including rhinos, elephants, deer and wild boars, to take refuge in artificial highlands constructed within the parks or migrate to the southern highlands of Karbi Anglong hills.

Several famed one-horned rhinoceros and other animals have reportedly died in the floods.

Images of a fully grown tiger “relaxing” on a bed inside a shop in Assam’s flooded Kaziranga National Park has created a buzz on social media and thrown spotlight on the plight of animals as the state battles the deluge.

Over 2.26 lakh displaced people have taken shelter in 1,080 relief camps and 689 relief distribution centres set up by the district administrations, the ASDMA bulletin said.

With two more deaths in Meghalaya, the toll in floods in the state rose to eight while over 1.55 lakh were affected by the deluge.

Like torrential rains in Nepal causing a deluge in Nepal, the flood in Assam has ravaged Bangladesh. One of Bangladesh’s main rivers breached an embankment, flooding a northern district and forcing thousands from their homes, officials told Reuters on Thursday. Meanwhile, in Kerala, the IMD has sounded a red alert in Idukki, Pathanamthitta and Kottayam districts which are likely to receive extremely heavy rainfall upwards of 20 cm in the next two to three days.

A red alert is a call to immediately take preventive steps and move people from vulnerable areas to shelter camps and provide them with emergency kits.

Other districts are predicted to get isolated heavy to very heavy rains on these days, though a red alert has not been issued for them.

Fishermen living on the coast of Kerala and Lakshadweep area have been cautioned not to venture out to sea due to strong winds from the northwesterly direction reaching speeds of 40-50 kmph.

Rains in north India too

In northern India’s Haryana and Punjab the maximum temperatures were below normal limits, with the weatherman forecasting light to moderate rains at a few places in the two states for Friday.

Rajasthan received rainfall ranging from 2 cm to 12 cm since Wednesday with Khetri town in Jhunjhunu district recording 12 cm of rains.

Rupbas town in Bharatpur district and Sujangarh city in Churu district each received 6 cm of rains followed by Bhuhana in Jhunjhunu and Tibi in Hanumangarh districts each of which gauged 5 cm rainfall.