Six Dead, Over 55 Lakh Affected in Assam and Bihar Floods

The IMD sounded a red alert for Kerala's Idukki district with a forecast of widespread extremely heavy showers. New Delhi: Six people died in Assam and Bihar on Wednesday due to floods which have affected over 55 lakh people in the two states, while heavy rains lashed parts of Kerala inundating low lying areas and partially disrupting rail and road traffic.

However, a fresh spell of rains brought relief to the national capital from the sultry weather but caused waterlogging in low-lying areas, affecting traffic movement, electricity and water supply.

Kuldeep Srivastava, the head of the IMD’s regional forecasting centre, said, “The monsoon trough will be close to Delhi-NCR from Tuesday evening to Thursday.”

“During this period, southwesterly winds from the Arabian Sea and easterly winds from the Bay of Bengal will reach Haryana, Delhi-NCR, West Uttar Pradesh and northeast Rajasthan,” he said, adding that under the influence of these systems, heavy to very heavy rainfall will occur over these areas.

In Assam, three people drowned in floodwater and close to 17 lakh people across 21 districts remained affected by the deluge despite an improvement in the flood situation across the state, according to an official bulletin on Wednesday. 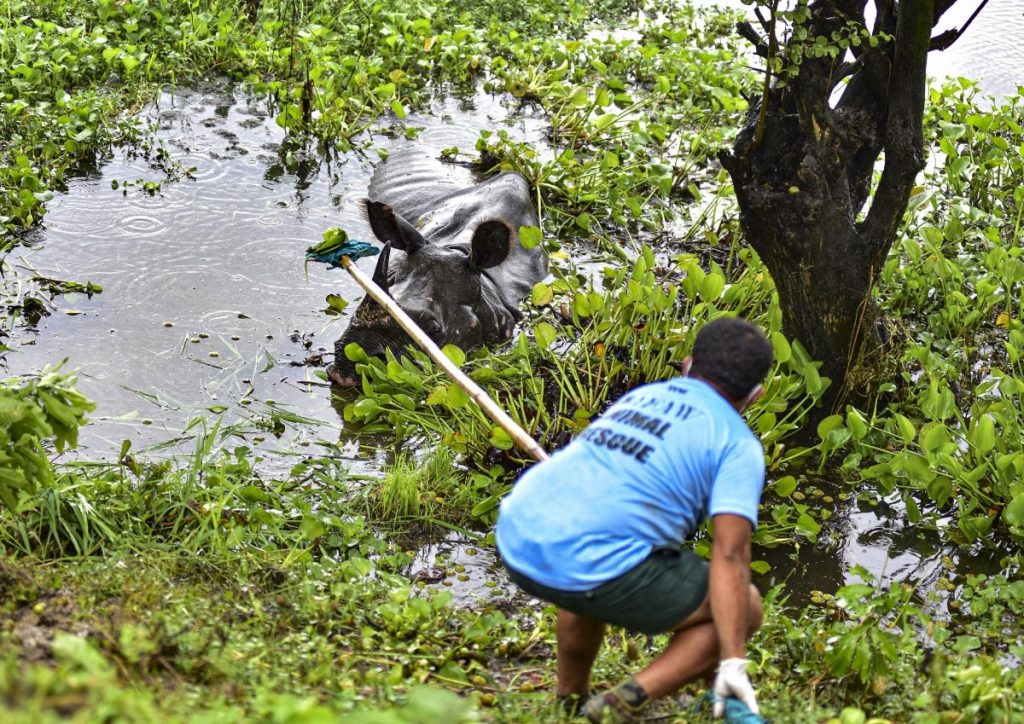 Till Tuesday, more than 19.81 lakh people were suffering due to the deluge across 21 districts.

A daily flood report of the Assam State Disaster Management Authority (ASDMA) stated that one person each drowned in Barpeta, Kokrajhar and Kamrup districts.

With this, the total number of people losing their lives in this year’s flood and landslide across the state has gone up to 133, of whom 107 were killed in flood-related incidents and 26 died due to landslides.

Goalpara is the worst-hit with over 4.19 lakh affected people, followed by Morigaon with more than 2.63 lakh people and South Salmara with around 2.50 lakh people hit by the deluge.

At present, 1,536 villages are inundated and 92,899.95 hectares of crop area has been devastated across Assam, the ASDMA said.

The death toll due to the flood in Bihar rose to 11 with three fresh fatalities while the number of people affected by the calamity reached close to 40 lakh, the state disaster management department said.

All the three deaths were reported from Darbhanga district, it said.

The number of people affected by the floods, caused by heavy rainfalls in catchment areas along the Indo-Nepal border, has now reached 38.47 lakh. Residents of nearly a thousand villages across 12 districts of Bihar have been hit by the calamity.

Meanwhile, heavy rain has been forecast in all north Bengal districts, which got a day’s respite from the continuous showers that lead to a flood-like situation.

Little or no rain was recorded in the 24 hours till 8.30 am in the region, where heavy downpour has caused flooding of low-lying areas in some districts, including Jalpaiguri and Alipurduar.

Many parts of Kerala waterlogged

Railway sources said that earth and boulders piled up on railway track on Wednesday morning, affecting train services between Kottayam and Ernakulam. 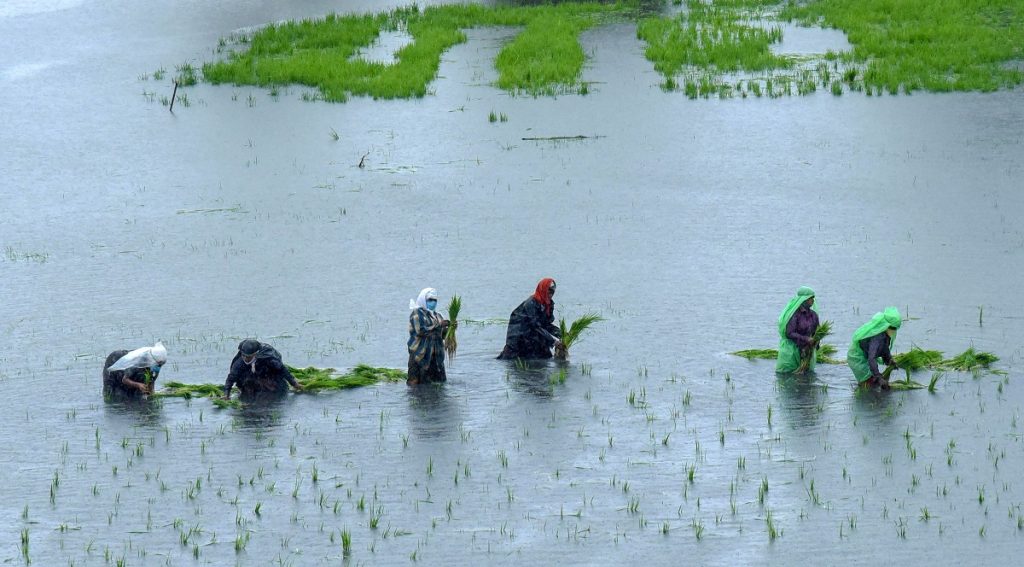 With the forecast of extremely heavy rains, there are chances of landslides, earth slips, floods and other natural disasters, the Kerala Disaster management authority said and asked people to maintain extreme caution.

As 40-50 km/h wind likely to prevail along and off the Kerala coast, fishermen have been asked not to venture out in the sea. One of the two fishermen from Tirur in Malappuram who had gone missing on Tuesday evening was rescued after 14 hours and search for the other was underway.

In the northern region, Uttar Pradesh witnessed light to moderate rains at most places in eastern and western parts in the last 24 hours and more showers along with thunderstorm are likely to occur on Thursday.