Locally known as Tisoy, it is the 20th typhoon to hit the country this year. Manila: A typhoon struck the Philippines on Tuesday, killing one man and bringing heavy rains that prompted the suspension of air travel and government offices in the capital, and warnings of floods, storm surges, and landslides.

Local governments evacuated some 225,000 people ahead of the arrival overnight of Typhoon Kammuri, known locally as Tisoy, which weakened slightly and picked up speed as it moved across central parts of the archipelago.

Kammuri, the 20th typhoon to hit the country this year, brought winds of 150 kph (93 mph) and gusts of up to 205 kph (127 mph), damaging some homes and structures and felling trees and signage in urban areas. 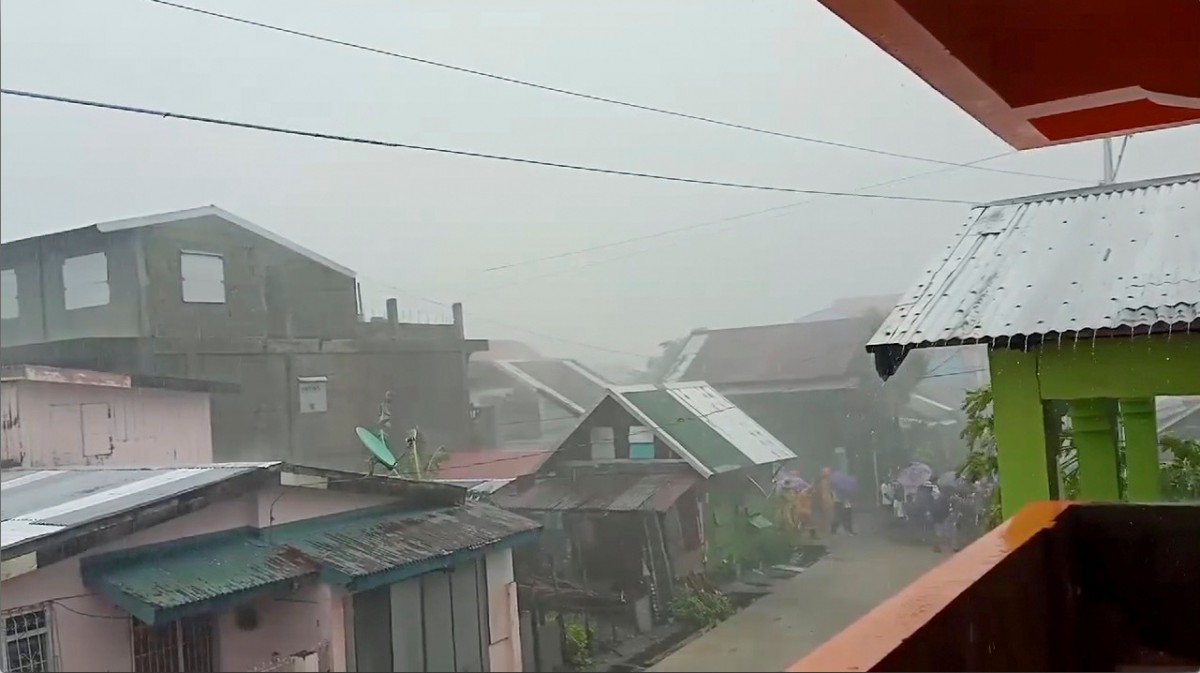 A 33-year-old man died after being electrocuted while attempting to fix his roof, a civil defence official in the Bicol region told local radio.

Some 499 flights were postponed and 100,000 people impacted by a rare precautionary closure of all four terminals at Manila’s main airport for 12 hours until 11:00 pm Tuesday (1500 GMT).

Also read: Perhaps a Hurricane Could Be Nuked, But Would That Stop It From Making Landfall?

Air travel continued in unaffected areas of the country. 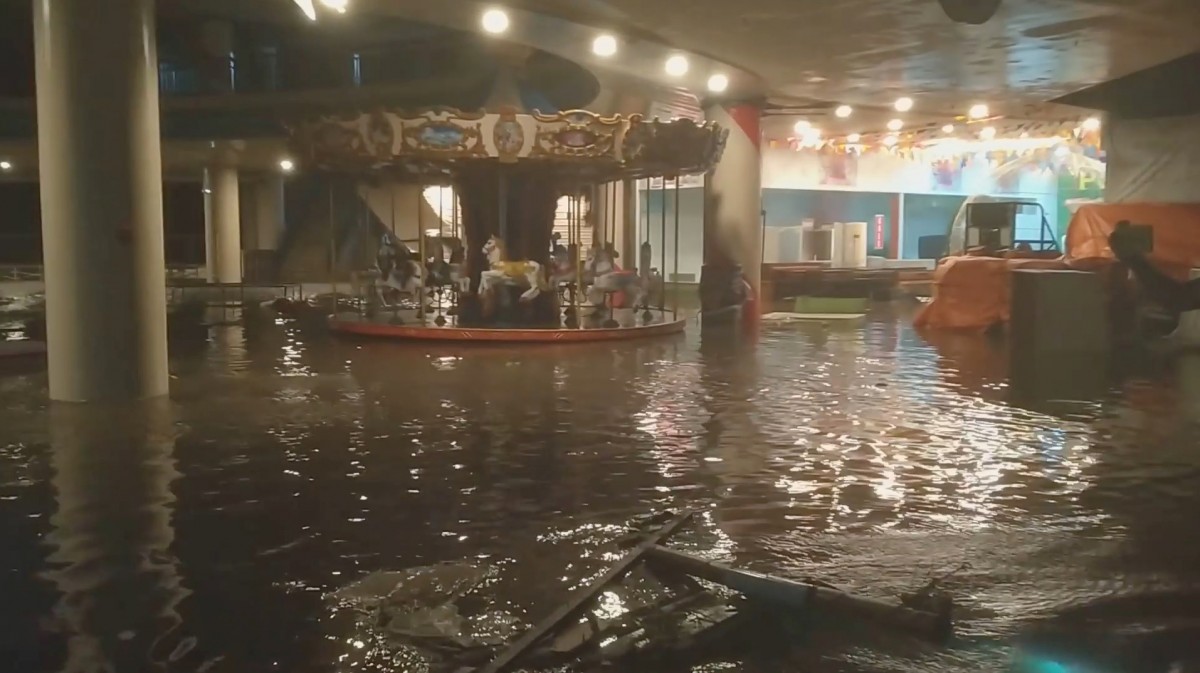 A carousel is seen in a flooded amusement area at the Embaracadero De Legazpi (Waterfront Mall) in Legazpi City, Albay, Philippines December 2, 2019, in this still image obtained from a social media video. Credit: Marjorie Marzan Manipon/Social Media via Reuters

“We’ve seen a great improvement in local government management of preparations for disasters,” he told news channel ANC. “The pre-positioning of supplies was executed well before the arrival of the storm.”

Also read: Amazon Fires Are Causing Glaciers in the Andes to Melt Even Faster

Authorities warned of storm surges of up to three metres and floods and landslides from heavy winds and rain.

Government offices and schools were closed in Metropolitan Manila and affected areas and utilities firms appealed for patience ahead of anticipated power outages. The coastguard halted commercial sea travel in affected areas. 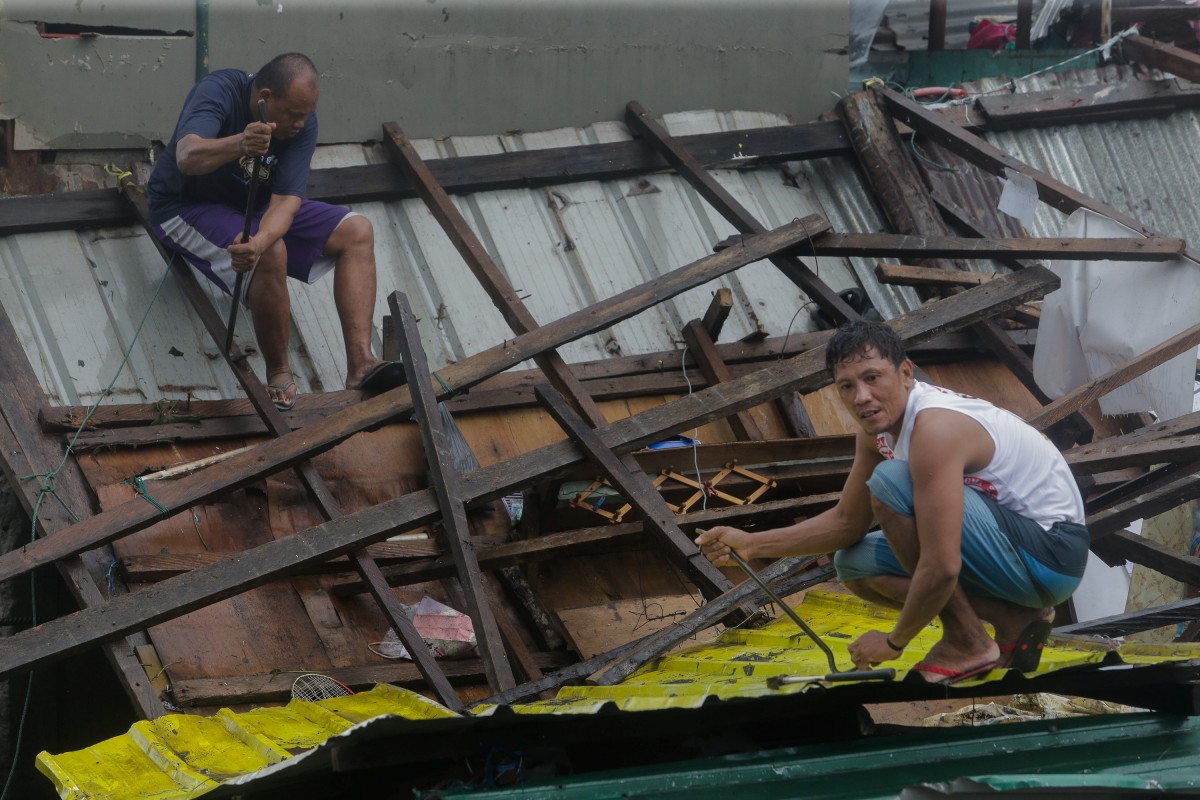 Worst hit was the airport in Legazpi City, where television footage showed structural damage and cables, lighting and panels hanging from the ceiling over departure areas.

Provincial governor Al Francis Bichara said it was important that a mandatory evacuation of tens of thousands of families had taken place.

“The wind was so terrible,” he said. “Some of their houses were badly damaged.”

The Philippines is hosting the Southeast Asian Games until December 11 and organisers postponed several events until later in the competition, among them surfing, kayak, windsurfing, polo, sailing, skateboarding, and canoeing.