As Delhi Declares Emergency Over Air Quality, a Look at What Needs to Be Done

As chief ministers trade blame, experts say they need to work together.

A View of Rajpath in New Delhi on November 1, 2019. Photo: PTI/Manvender Vashist

New Delhi: After the air quality deteriorated to ‘severe-plus’ – or emergency levels – in the Delhi National Capital Region (NCR), the Environment Pollution (Prevention and Control) Authority (EPCA) declared a public health on Friday. As a result, all construction activity stands banned until November 5.

In his letter to chief secretaries of Uttar Pradesh, Haryana and Delhi, EPCA chairperson Bhure Lal cautioned that the body had declared a “public health emergency … as air pollution will have adverse health impact on all, particularly our children.”

Lal wrote that the “current air quality is a combination of the accumulated toxins because of local pollution, which … further spiked because of cracker-burning on Diwali night, combined with stubble-burning and extremely adverse weather.”

Under the circumstances, Lal directed that all construction activities in Delhi, Faridabad, Gurgaon, Ghaziabad, Noida and Greater Noida be suspended and all hot mix plants and stone crushers in all NCR districts closed until the morning of November 5.

There is a flavour of frustration in these measures because, despite the efforts of the Centre, the EPCA, the Supreme Court and the National Green Tribunal, the NCR’s air quality has only gone from bad to worse. 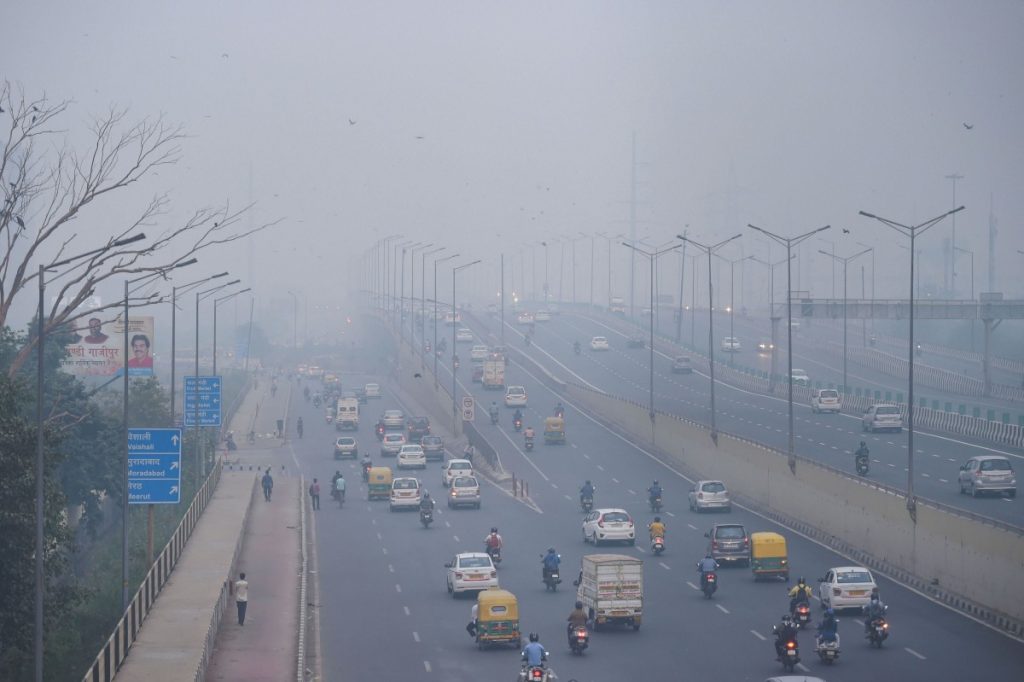 Recently, Chief Minister Kejriwal and Amarinder Singh, his counterpart in Punjab, exchanged complaints over the issue. After Kejriwal urged the governments of Punjab, Haryana and Uttar Pradesh to support their farmers and keep them from burning their paddy stubble, Singh rebutted Kejriwal for his “brazen lies on the grave issue of air pollution”.

Singh charged that “the air pollution in the capital was directly related to the rampant construction activity, widespread industrialisation and total mismanagement of the city traffic”. He accused Kejriwal of “trying desperately to divert public attention from his own government’s failures by indulging in such outright lies”.

Kejriwal repeated his charge today – that the poor air quality was due to crop-burning. Speaking at a distribution of face masks, he also urged children to write to Haryana and Punjab chief ministers to “think about our health”.

Kejriwal also recently retweeted an article that said the five lakh farmers in Haryana and Punjab burning their paddy stubble were to blame.

However, Anumita Roychowdhury, the executive director of research and advocacy at the Centre for Science and Environment, New Delhi, denied this claim.

With the prologue that the region faces a “one month dilemma”, she urged empathy: “In Punjab, the paddy harvesting gets delayed because there are rules on use of groundwater for sowing paddy before monsoon. This shifts the timeline for their sowing and harvesting of the summer crop. By the time they harvest the paddy, the time is very limited for a shift to the winter crop. They can’t wait and have to move quickly. So whatever options we give them have to be organised very quickly.”

She also explained that changes in agricultural methods exacerbated the crisis, since new harvesting machines leave crop stubble in their wake and farmers find it too expensive to hire labourers to remove the stubble. The air in Delhi turned ‘hazardous’ during Diwali, with the air quality index plunging to 999 in Patparganj. Photo: PTI

Roychowdhury said systems need to be devised and put into use for proper utilisation of the nearly 32 million tonnes of straw that gets left behind in the fields. She said there is the in situ solution of mixing the straw with the earth so that you do not have to burn it and it can be used to fertilize the field.

Here, Roychowdhury said the Government of India has given some subsidy for the farmers but there is a need for the Centre and state governments to work out a plan to provide affordable access to the farmers to the implements. She said many small farmers still do not afford to use happy seeders to bury the straw in the ground and there was a need to look at options like a cooperative model or sharing system so that they too may be able to use these implements.

The other option, the expert said was to market the straw so that it can be used for making products. “Some companies have come forward to make use of the straw and make products out of them. In some places, like Alwar in Rajasthan, she said pellets made of bio-mass are now being used as fuel in various industrial units.”

She said for using the straw for industrial use or power generation the whole issue of collection and transportation of the straw too needs to be worked out.

Roychowdhury said the satellite data from NASA for the last five days shows that Haryana is pretty clean and there have been very few instances of stubble burning there. “Most of the fires have been spotted in Punjab. “So something is working in Haryana and now we have to figure it out.”

She said probably the measure taken in Haryana could provide an answer to the other states.

“As far as Delhi is concerned,” Roychowdhury said, “pollution from stubble burning is only episodic. It will only happen around this time of the year, not around the year. Even during this month, the contribution of stubble burning to Delhi’s pollution depends on the quantum and direction and velocity of the wind. This week, the contribution has been around 30 to 33%. But in the previous week it was only 4-10 per cent. So it is variable.”

Therefore, she said, it was more important for Delhi to deal with its own sources of pollution as stubble burning is not the most dominant contributor. 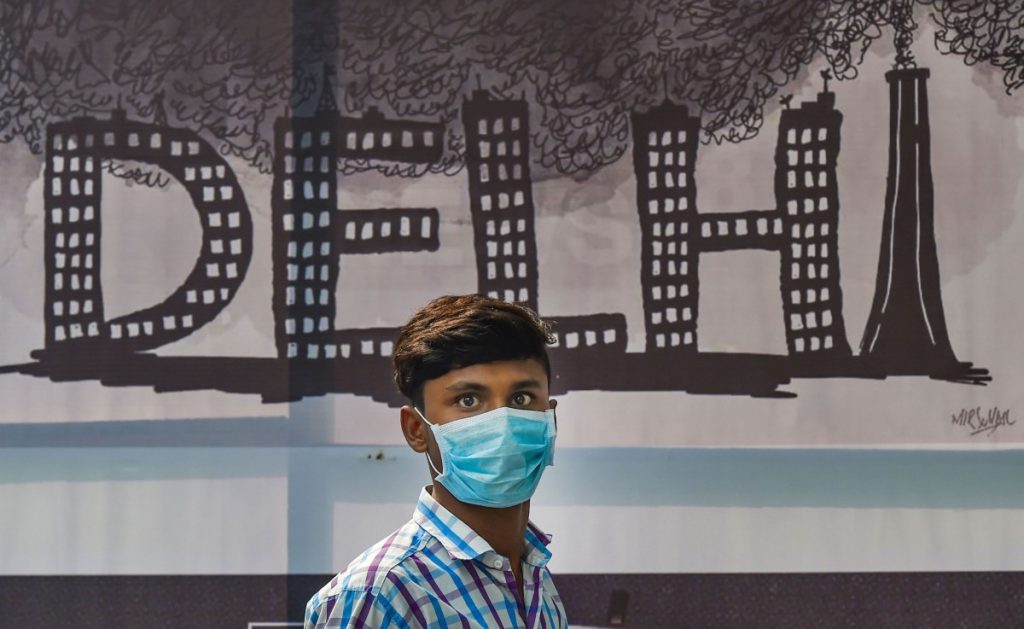 However, Roychoudhary added that Delhi has also taken big strides in several areas. “One good thing is that Delhi has shut down all coal powered plants, banned all the dirty fuels such as coal, furnace oil or pet coke, it only allows use of fuels as per an approved list. Delhi has also introduced BS VI fuel for transport, the vehicles will start coming in next year.”

As for the odd-even scheme, due to be implemented for a fortnight from November 4, she said, it was an emergency action and not a permanent one. “With Delhi experiencing a severe episode after Diwali, Delhi has enforced some emergency action. There is a temporary ban on some industry and construction activity, use of diesel generator sets and odd-even would be added to this as part of the graded response action plan (GRAP).”

Roychowdhury said about 70 to 90% of the pollution of Delhi is because of its own actions. “Some permanent action has already started and it is contributing towards lowering the long-term annual average trend. But even after that decline and after bending the pollution curve, Delhi still needs to reduce the pollution level by around 65 percentage points.”

For this, she said, “the city needs to implement the comprehensive or multi-sectoral action plan with absolute stringency. “For this we would need enormous transition in fuel usage, huge mobility transition towards greater use of greener public transport, a paradigm shift in waste management so that no waste is burnt in the city. This is the kind of infrastructure, governance and planning that is required to provide the next 65% cut that is needed.”