The prolonged discolouration of the river, coupled with numerous dead fish, have alarmed people living along the river. 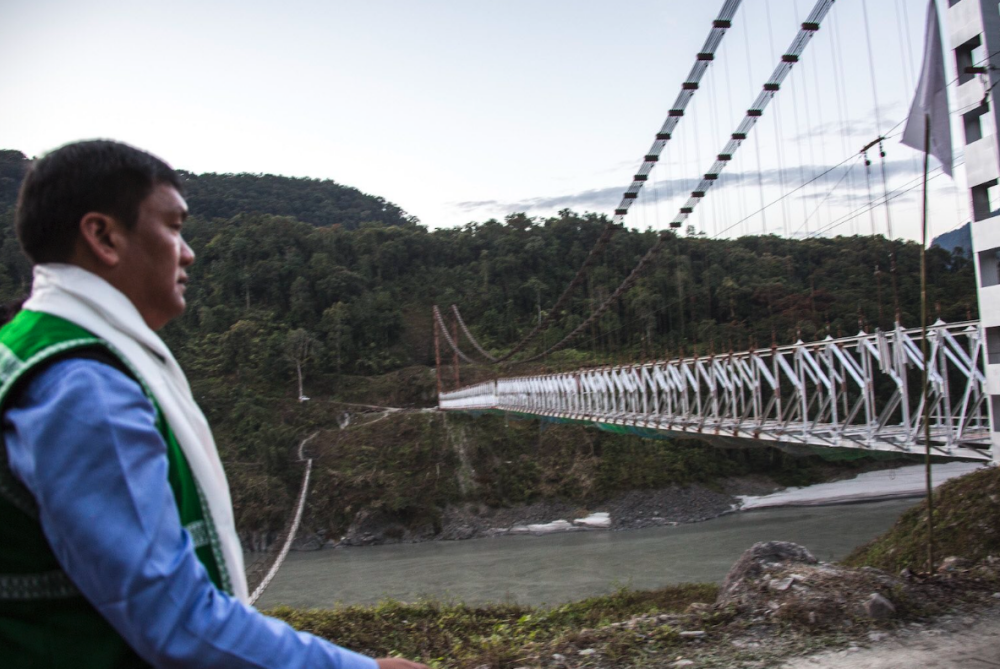 For more than a month now, the mysterious discolouration of the Siang river has puzzled the people of Arunachal Pradesh and Assam. Testing of the blackened turbid waters indicated that the turbidity levels were exceptionally high for this time of the year and was dominated by clay and silt. The heightened turbidity levels (425 nephelometric turbidity units or NTU against a December normal of 12-15 NTU) made the water progressively unfit for human use and even affected aquatic life with reports of dead fish. Such a phenomenon had never been witnessed by the local people and various theories were put forward to explain this.

Considering the fact that the Siang originates and flows for more than 2,000 km within China, suspicions naturally fell on man-made causes within the country. Reports highlighted Chinese plans to divert the waters of the Tsangpo to irrigate parts of the Taklamakan Desert. The turbidity was thought to have been a consequence of Chinese construction activity, although there was no clear proof to establish this.

Our analysis of this phenomenon indicates that while the causes are completely natural, the potential danger to downstream inhabitants in India is serious and urgent.

The Gyala Peri (7,293 metres above sea level) mountain block lies north of the Yarlung Tsangpo River and west of the Yigong-Tsangpo river. It is here that the Yarlung-Tsangpo cuts the world’s tallest gorge between Gyala Peri and Namcha Barwa (7,782 m). The river then merges with the Yigong-Tsangpo and turns 180° south to flow, as the Siang, into Arunachal Pradesh. On November 17 at 4 am, a 6.4-magnitude earthquake struck below the summit of Gyala Peri. For the next 32 hours, this region was swarmed by five 4+ magnitude earthquakes. A final 4.7 magnitude quake struck the area on November 23. No aftershocks were recorded.

The intense vibrations have triggered a massive chain of landslides. Several satellites have taken images showing approximately a 100 square kilometer area of landslides. The volume of material lost is yet unknown. The satellite has captured dust and debris in the air, indicating the process of sliding was ongoing even 20 days after the earthquakes struck. This landslide is 400 km upstream from Pasighat and 200 km from Geling. The affected part of the river is 30 km in length.

A matter of serious concern is the blockage of the river at three locations along a 12 km stretch of the river which falls in the Bayi District, Nyingchi County. Three dams have formed one behind the other (figure from December 20, 2017). While the dams are significantly smaller than the Yigong dam (catastrophe of 2,000 volume = 3 billion m3 ), it is too early to rule out the possibility of these three dams from merging and becoming larger. Based on preliminary calculations from low-resolution data, the current total volume of the Gyala Peri dams is about one billion m3. Blockage of river flow by debris is unpredictable as the area may be unstable with falling rocks and mud. Real-time satellite monitoring is required to keep track of how the dams are changing allowing the areas downstream in Arunachal Pradesh and Assam to prepare accordingly.

Also read: What Is Happening to the Siang River in Arunachal Pradesh?

This is perhaps the largest landslide of the year and catastrophically larger than the landslide of April 9, 2000, on the Yigong-Tsangpo, a major tributary of the upper Tsangpo river. The Yigong slide was caused by a similar series of events. Two earthquakes (3.5 magnitude and 4.6 magnitude) struck the Zhamu Creek on April 9, 2000. The landslide blocked the floodplain river creating a dam area of 2.5 square km and 90 metres deep. The natural dam gave way on June 1, 2000, within 12 hours, flooding areas for days all the way to Assam. This was the biggest outburst flood from a landslide-dammed lake ever documented in modern history. The surge swept away large forest areas and several bridges along the Siang.

Several elders still remember the intense wave of water that rushed within minutes. Figures circulated in the aftermath claimed 30 deaths and destruction of more than 50 villages in Arunachal Pradesh and Assam. The Arunachal Pradesh government put the damage at Rs 100 crore, but the true cost of this event is being felt even many years after the event. Apart from the destruction of bridges, the river deposited sand and debris on terrace farms where the Adi people cultivated their food crops. Several fields still remain spoilt even after 17 years. People also reported the loss of many Mithun, which is vital to the economy and culture of the Adi people.

Current concerns of a dark Siang are well grounded based on such past events and thus have to be taken seriously. Usually the Siang becomes a clear blue after November. The prolonged discolouration after the monsoon, coupled with numerous dead fish have alarmed people living along the river.

Earlier suspicions and rumours that implicated Chinese dams upstream the Yarlung Tsangpo are incorrect as images distinctly reveal the origin of the sediments is from the slopes of Gyala Peri. In the aftermath of the 2000 flooding, the Indian media had similarly pointed fingers at Chinese dams, assuming that the event was caused by the breach of man-made dams in China. We now know that it was not a man-made dam and the Chinese government failed to warn India of the possible consequences of a breach. A warning could have significantly minimised the loss of life and property downstream. The evidence presented above shows that a situation akin to June 2000 cannot be ruled out.

A panel of remote sensing experts, geologists, hydrologists and disaster management experts need to be set into action right away for the safety and economy of the people. It is also critical for the people of Arunachal to scientifically study the geography and ecology of the region not only to prepare for disasters but to also develop sustainably.

A timeline of the events as understood from satellite images:

December 10, 2016: Water blue in colour, no evidence of wastage and debris flow.

October 27, 2017: First wastage and landslides from glacier. Water levels are high due to the monsoon. Yarlung-Tsangpo filled with sediments downstream near the Yigong-Tsangpo junction.

November 18-19, 2017: Six earthquakes strike in and around the mountain Gyala Peri. No satellite images of the area during the earthquakes. First clear image is on November 27.

December 10, 2017: Satellites capture the extent of the damage on the northwestern slopes of Gyala Peri. Dust in the air indicate the landslide is in progress. River is partially blocked at two locations and covered with rocks.

December 15-19, 2017: Landslide activity cannot be ruled out. A total of three locations where water has been dammed can be identified.

December 20, 2017: Some evidence of fresh landslides at dam number 3. No discernible change in levels from last three days. This image is enhanced to show the different types of land: river and water = blue in colour, glacier/snow = bluish-white, green = forest and pinkish-white = landslides and bare soil.

This article originally appeared on The Arunachal Times.