Open Letter: Why Is Tamil Nadu Neglecting Its Artisanal Fishers?

Instead of blaming Sri Lanka for arresting Tamil Nadu’s fishers or demanding the IMBL be redrawn, we need to ask what Tamil Nadu has done to manage its fisheries resources. 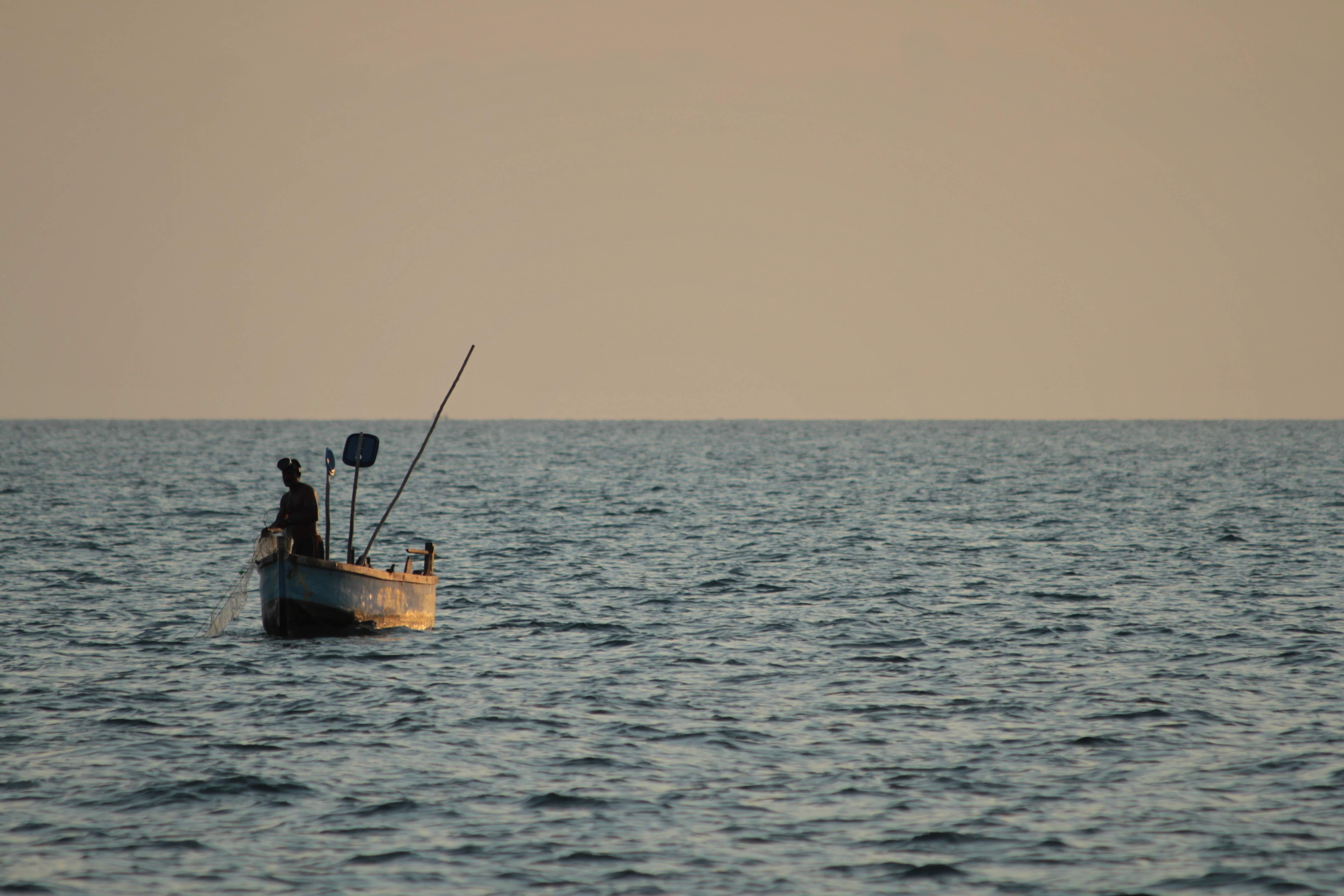 Tamil Nadu has been facing its worst drought in 140 years. But what does that have to do with fisheries? Let me explain, since you are probably busy planning the construction of harbours and fish-landing centres all along the state’s coast. When it rains, the water flows as rivulets and then as a river. These rivers empty into estuaries, which go on to flush rich nutrients into the sea. Such an influx invites small fish to forage in near-shore waters, which then attract larger fish from deeper waters. These processes do not occur during a drought thanks to the paltry water that flows down to the sea, resulting in a drop in fish numbers and catch. In drought years, fishers invest more effort to catch fish, even resulting in conflicts among themselves. Tamil Nadu’s near-shore fisheries are already burdened by intensive fishing activities. Now the lack of rains makes for more reasons to prepare ourselves for an uncertain climatic future.

I write this letter to share the stories of agony of artisanal fishers who have been neglected over the years. When I speak to fishers, they ask me what I am going to do by talking to them. Is anything going to change for good? I ask them to remain hopeful. I tell them as a researcher that I am trying to do my best to resolve the issues of fisheries management, by taking their message across to concerned officials. But a part of me cringes when I speak to them. As researchers who educate ourselves to enhance social and environmental well-being, I think we have failed, and I accept this failure as will many researchers. And it is out of this failure that I write this letter to you, to highlight the aspirations of thousands of artisanal fishers who look up to you in the hope that, someday, your scales of justice might swing in their favour.

In recent months, the Tamil Nadu government has been projecting deep-sea fishing policy as a potential solution that will end all fishing woes. The decline of near-shore fishing has clearly impacted both artisanal and mechanised fishing sectors in Tamil Nadu. Both sectors are intensifying fishing operations to make ends meet from the negligible catch, which has long-term effects on the marine environment, especially in the near-shore areas. So what solution does the government offer for the artisanal fishers who depend entirely on fishing in near-shore waters of the state’s coast?

It has become a weekly ritual these days – when Tamil Nadu’s chief minister writes to the prime minister requesting the release of fishermen arrested or boats impounded by the Sri Lankan navy. An important request placed by the chief minister has been to retrieve Katchatheevu Island and redraw the international maritime boundary line (IMBL) between India and Sri Lanka, finalised in 1974. Since then, the Katchatheevu and cross-boundary fishing issues have become to represent the entire fishing population of Tamil Nadu. This is far from the truth.

The boats that engage in cross-boundary fishing are primarily mechanised bottom trawlers that target fish for export markets, originating from the coastal districts of Palk Bay. The demands of this group cannot represent the demands of an entire fishing population. Cross-boundary fishing is a sensitive issue that deserves immediate resolution. But blindly supporting the actions of fishermen for political reasons cannot be justified.

For instance, assume that Sri Lanka decides to give up Katchatheevu. About 2,000 bottom trawlers operate in the Palk Bay three days in a week. It wouldn’t take few days to fish out the entire Katchatheevu Island with the sort of power 2,000 trawlers can deploy. What will happen after that? Fishermen in Rameshwaram, Pamban and Mandapam in Ramanathapuram district say that there is not as much fish around Katchatheevu Island today as there was a decade ago. The only way to make profits, against investments in fuel and labour, is to enter into the coastal waters of Sri Lanka and poach marine resources available there.

Fishers entering Sri Lankan waters are well aware that they are poaching – but that’s what the situation demands. The fish resources on the Indian side of the boundary have been decimated already. Instead of blaming Sri Lanka for arresting Tamil Nadu’s fishers and impounding their boats or demanding the IMBL be redrawn, we need to ask what the state of Tamil Nadu has done to manage its fisheries resources. 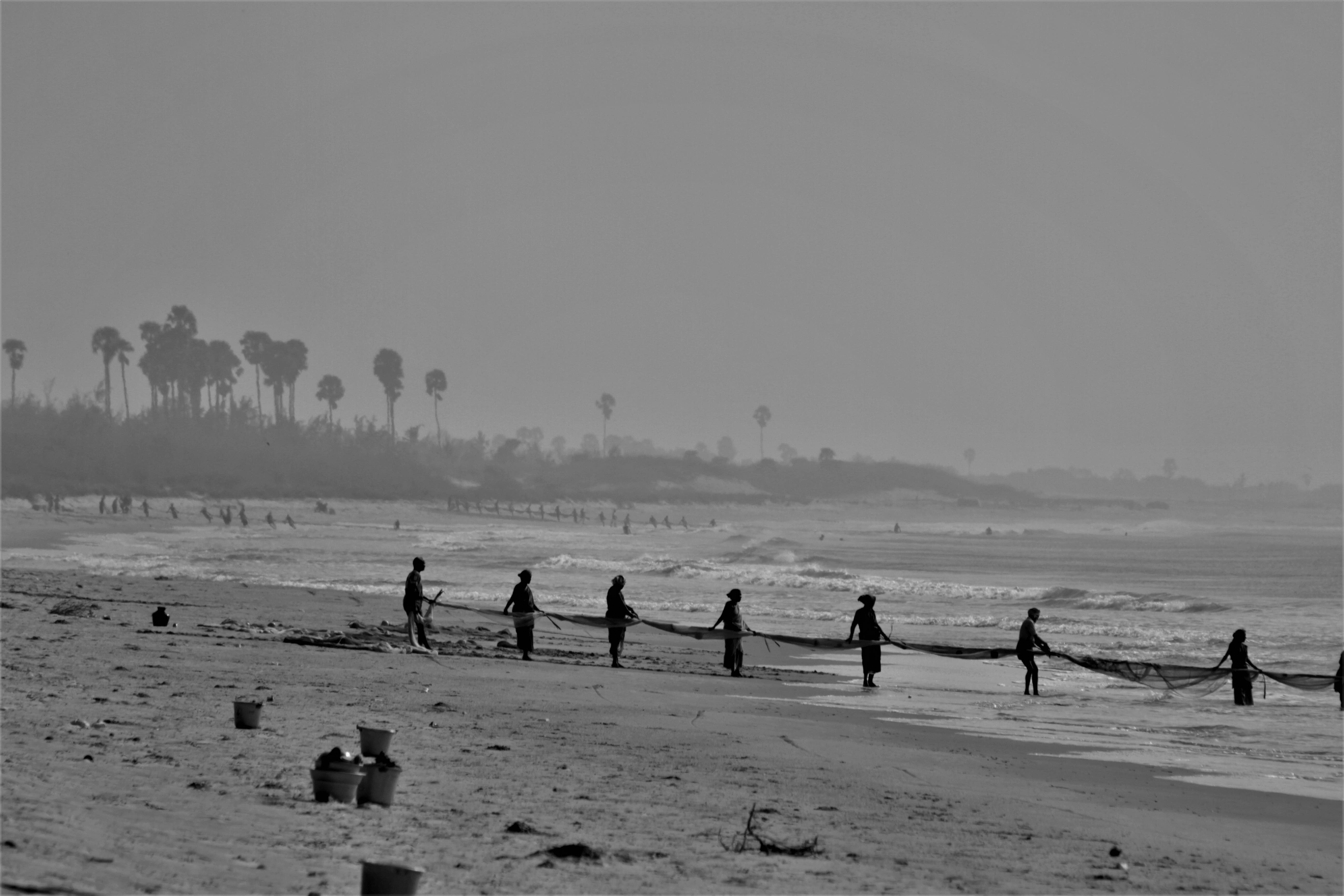 So in an effort to stop Indian trawlers engaging in cross-boundary fishing, the Tamil Nadu government came up with two solutions. First: to push for deep-sea fishing, where bottom-trawling nets could be replaced with long lines and gillnets that target high-value species of fish like tuna. Second: to displace trawl boats, especially from Rameshwaram in the Palk Bay to Mookaiyur harbour (currently under construction) and on to the proposed Kunthukal harbour in the Gulf of Mannar, a marine protected area since 1986. The proposed policy intends to convert mechanised trawlers into deep-sea vessels subsidised by the central and state governments. Clearly, the deep-sea fishing policy is targeted only at a subset of fishers: trawl owners who can afford to pay for converting their boats to deep-sea fishing vessels.

The reason why trawlers from the Palk Bay and, to some extent, the Gulf of Mannar enter Sri Lankan waters on a daily basis is because near-shore fish catch is negligible, especially high value resources like shrimp. Bottom trawling for fish or shrimp in coastal waters is quite different from deep-sea fishing, where fishing boats have to stay for many days at sea to catch enough fish and turn profits. How many boat owners will actively opt for something that is as challenging as deep-sea fishing in comparison to the ease of unregulated trawling? Only time will tell.

The Tamil Nadu Marine Fisheries Regulation Act of 1983 was put in place to balance the export-oriented mechanised fisheries and subsistence-based artisanal fisheries. It has hardly ever been enforced. Instead of planning more harbours and fishing landing centres, the Tamil Nadu government must look for options to rejuvenate near-shore fisheries. The cries of mechanised fishers are heard by the government as they seek funds for deep-sea fishing – but those of the artisanal fishers seem to fall on deaf ears. This is because the former helps earn foreign exchange. Bottom trawlers can be converted into deep-sea fishing boats and they can move to where the government asks them to, but it is not possible to do the same with an artisanal fishing village. We need to give up the prevailing rhetoric and grand plans and focus instead on what is already on the plate.

Artisanal fishers are independent enough to take care of their livelihoods; that is how they have been for many generations. Fishers look forward to the days when the fisheries department will enforce laws and ensure their form of fishing can be carried out without any hindrances. Engaging in resource conservation, such as the protection of near-shore fish stocks, can ensure employment opportunities for millions of artisanal fishers that depend on it for subsistence and food security. The decline of near-shore fisheries has made fishing an unreliable economic source. But unlike their parents or grandparents, the new generation of fisher youth are looking forward to diversifying their employment opportunities. By replenishing near-shore fish stocks, two generations of fishers will benefit. 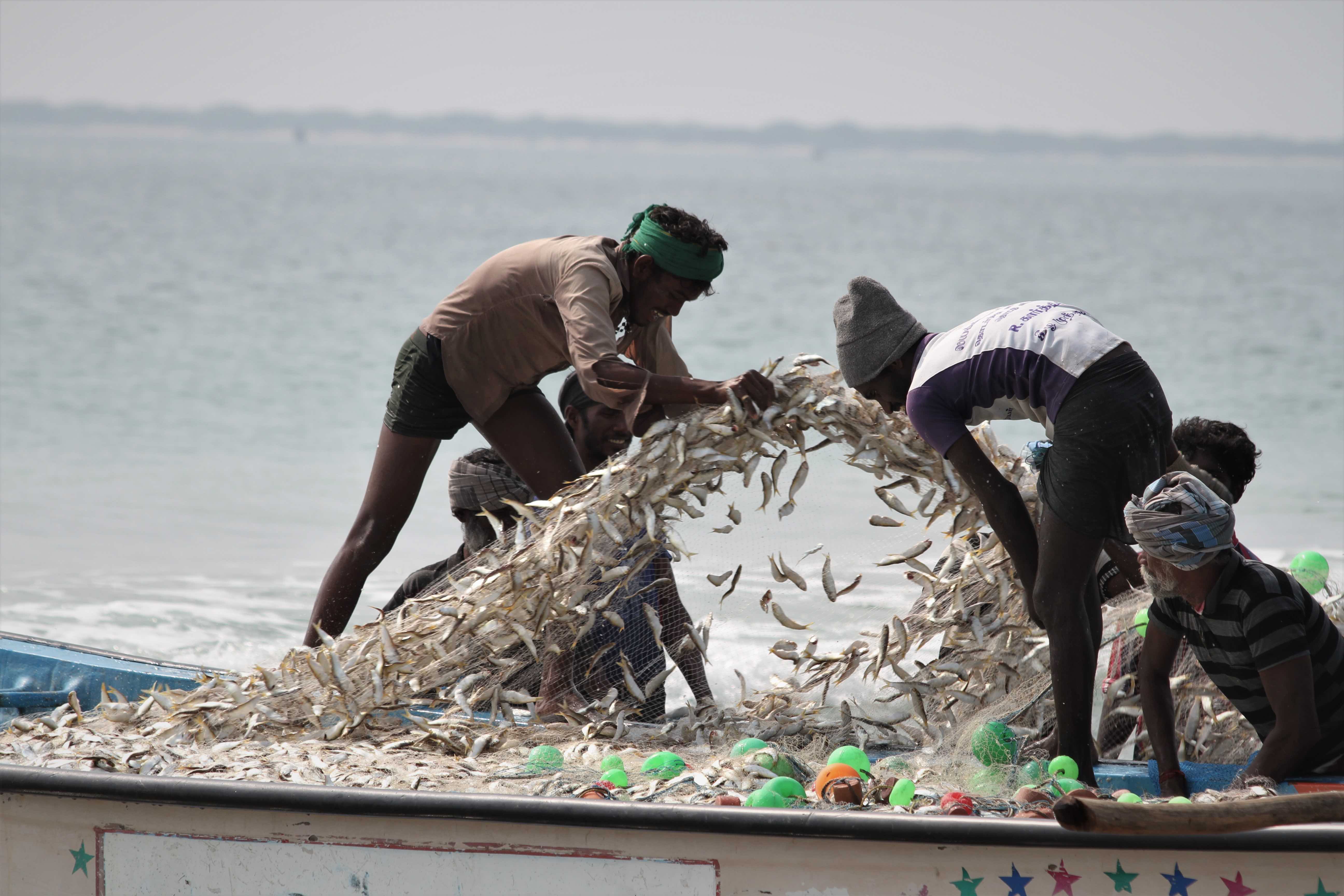 Here are some ways to ensure the sustainability of near-shore fisheries:

* Scientific management of fisheries: What we require is a scientific response to the environmental and societal issues that our fisheries sector is facing rather than knee-jerk emotional responses. For this, we need to engage in proper data collection to know how much fish is caught, how much could be caught and what gears to use to catch fish. Even though such surveys are ongoing, their findings are not available for immediate public scrutiny.

* Change the governance of fisheries: Scholars who have worked with fishing communities in Tamil Nadu have argued that the government’s ears are turned to the mechanised sector, which helps export seafood, rather than towards artisanal fishers who are willing to take proactive steps to ensure environmental sustainability.

* Fish are food, too: The government needs to understand that fish are not goods that can only be exchanged for money. They are an important source of protein, apart from food security, for thousands of fishers along the Tamil Nadu coast.

* Preparing ourselves for a climate-uncertain future: Unpredictable monsoons, intensifying cyclones and eroding shorelines are all a sign of the looming effects of climate change. The construction of coastal infrastructure will only make near-shore areas and people more vulnerable to the vagaries of climate change.

Artisanal fisheries are not without flaws and they too cause impacts on the marine environment. But it is important to remember they offer more hope to achieve the goals of sustainable fisheries along the Tamil Nadu coast.

Rahul Muralidharan is a PhD candidate at the Ashoka Trust for Research in Ecology and the Environment, Bengaluru.