An Illegal Eggs Trade Is Threatening the Seabirds of Lakshadweep

Among the people of Kavaratti island, there is a belief that seabird eggs have medicinal properties. This has meant extra income for the fisherfolk, who sell the eggs to their fellow islanders for Rs 5 apiece. 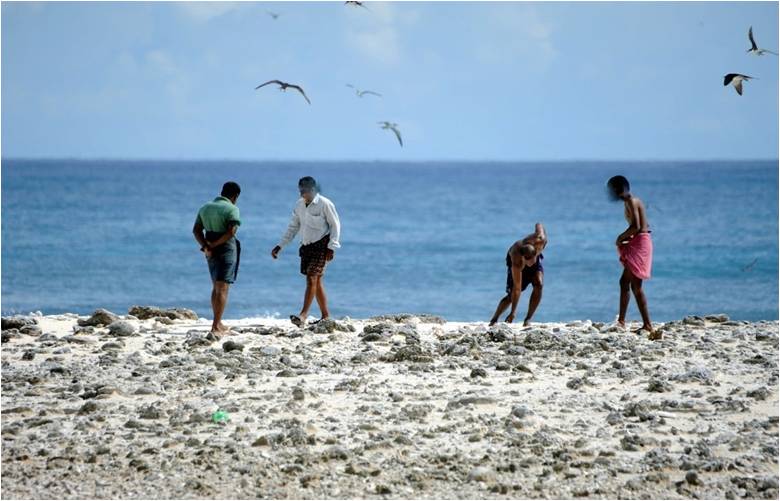 In the Lakshadweep archipelago, off the west coast of India, is a tiny island called Pakshi Pitti. Named after its pakshi (Hindi for ‘bird’) residents, the island hosts no humans; instead, it is an important nesting place for seabirds. It is a bird sanctuary protected under the Indian Wildlife (Protection) Act, 1972.

However, its nesting seabirds are far from protected. During the breeding season, fisherfolk from the neighbouring islands visit Pakshi Pitti to loot its treasure of eggs.

It’s not easy to land on Pitti. Its shore is lashed by strong winds and waves that can topple a boat. Jagged rocks jutting out into the surrounding water can damage a fishing boat and puncture an inflatable one. But that hasn’t deterred the fisherfolk, who already fish in waters close to Pitti. They anchor their boat 100 to 200 metres out from the shore and swim through the breakers. Once on the island, they collect seabird eggs lying on the ground in a pouch made out of their sarong and swim back to their vessels.

The nearest peopled island of Kavaratti is about 24 km away, a two-hour boat ride. In Kavaratti, a local belief that seabird eggs have medicinal properties drives their demand. This has meant extra income for the fisherfolk, who sell the eggs to their fellow islanders for Rs 5 each.

The eggs aren’t sold openly in the markets but through word of mouth. The trade is often facilitated by islanders who don’t themselves go fishing and egg collecting, according to Ravichandra Mondreti, a PhD student at the Centre d’Ecologie Fonctionnelle et Evolutive, CNRS, France, and Pondicherry University, India. 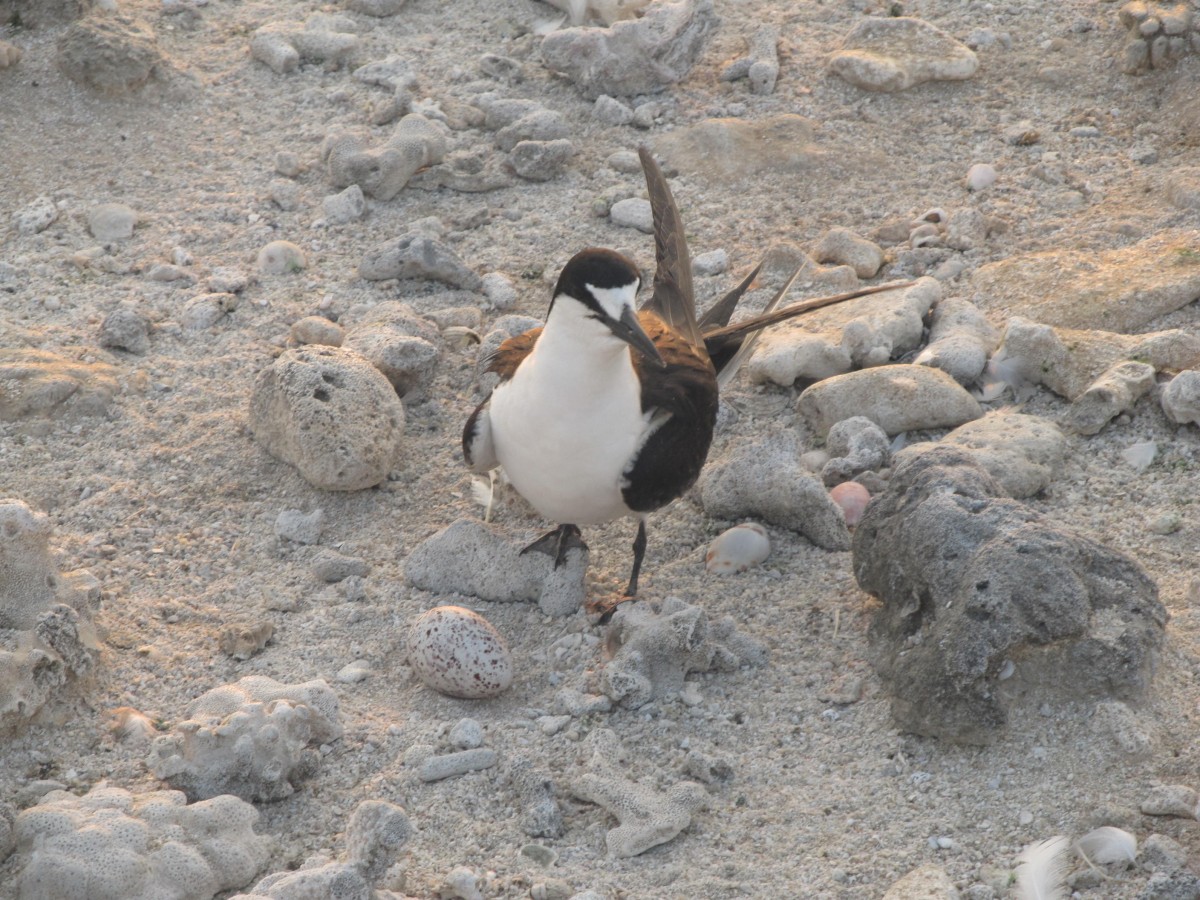 A sooty tern with an egg. The eggs are spotted and camouflaged against rocks on the island. Credit: Ravichandra Mondreti

Previous reports of egg poaching in the scientific literature had got Mondreti interested in the scale of the problem. In 2013 and 2014, he and his colleagues visited Pitti and estimated that the fisherfolk take 14% to 45% of the eggs. In contrast, natural predation by crabs and birds is responsible for the loss of less than 1% of the eggs.

In a study published online in the journal Marine Ornithology in June this year, Mondreti and co. warn that egg poaching could potentially drive the birds nesting in Pitti to extinction.

At 0.01 sq km (the size of two football fields combined), Pitti is a speck in the Indian Ocean but home to hundreds of birds. At least four species of pelagic seabirds – birds that spend a part of their lives out at sea and come to land to breed – are found on the island. These are the greater crested tern (Thalasseus bergii), lesser crested tern (Thalasseus bengalensis), sooty tern (Onychoprion fuscatus) and the brown noddy (Anous stolidus). Other, non-pelagic birds such as the lesser sand plover (Charadrius mongolus), ruddy turnstone (Arenaria interpres), whimbrel (Numenius phaeopus) and the Asian palm swift (Cypsiurus balasiensis) have also been reported.

Of pelagic seabirds, the greater and lesser crested terns use Pitti just for roosting; only sooty tern and brown noddy nest on the island. All the same, Pitti is their primary nesting site – and one of only two known sites – in Lakshadweep.

But because their eggs are stolen on a regular basis, Mondreti worries the birds may abandon the site and not nest here anymore. Indeed, pelagic bird numbers have been on the decline: from 20,000 in 1963 to only 970 in 2014, when Mondreti undertook a bird count. At the time of his survey, only sooty terns were nesting on the island, and the eggs the fisherfolk took all belonged to this species. 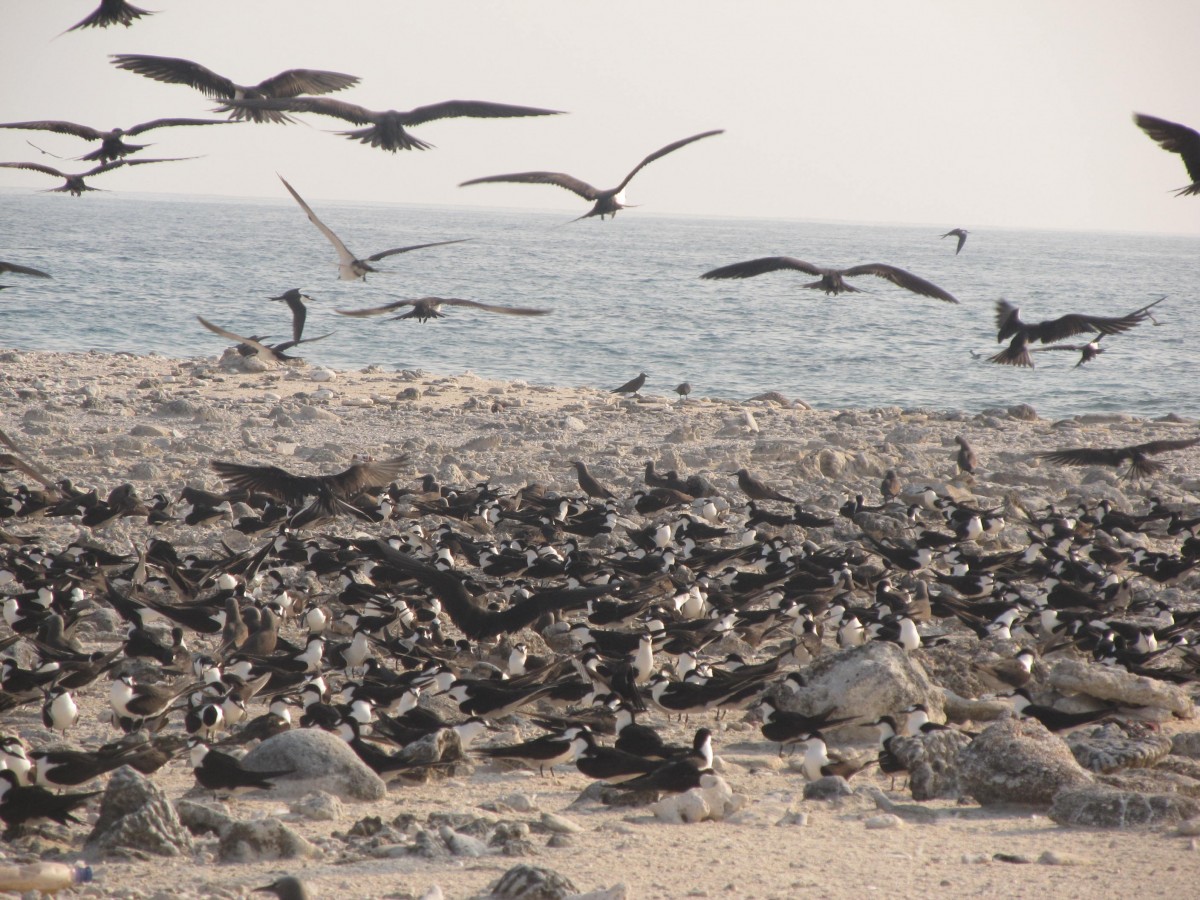 Egg collection is the biggest threat right now for the terns nesting on Pitti, according to Praveen Jayadevan, associate editor of the bimonthly journal Indian Birds. It is something not many people on the mainland would know about, though it has been reported in studies before, says Jayadevan. Pitti is famous for its nesting birds, he adds, but people don’t recognise the amount of damage that’s being done by poaching. “That way, the work is important to highlight.” The next step is how to counter it, he says.

Mondreti suggests wildlife officials should regularly monitor and patrol Pitti island. “It will take some time to reach out to the people and stop harvesting altogether. But we can put a limit on the number of eggs they can harvest,” he explained. This can be done based on population surveys and estimates of the sustainable number of eggs. He also recommends finding the egg-poachers an alternative source of income, such as wildlife tourism.

Damodar A.T., conservator of forests and the chief wildlife warden of the Department of Environment and Forests, Lakshadweep, said that he wasn’t aware of any egg trade happening now but that fishers have been known to take some eggs in the past. He also claimed that trade couldn’t happen at a large scale because fishing vessels don’t come too close to Pitti and one has to swim to the shore. But if any evidence of poaching is found, “we will take action along with our coast guard,” he said.

It’s possible poaching is going undetected because of a resource crunch. “We don’t have a full-fledged forest department. We have only six officers for the entire Lakshadweep, looking after both environment and forests,” Damodar said.

Abdul Raheem, a range officer at the department, said that the fishers understand the significance of these birds – they identify fishing grounds by looking out for congregations of terns. They know that taking eggs could harm their fish-finding opportunities. 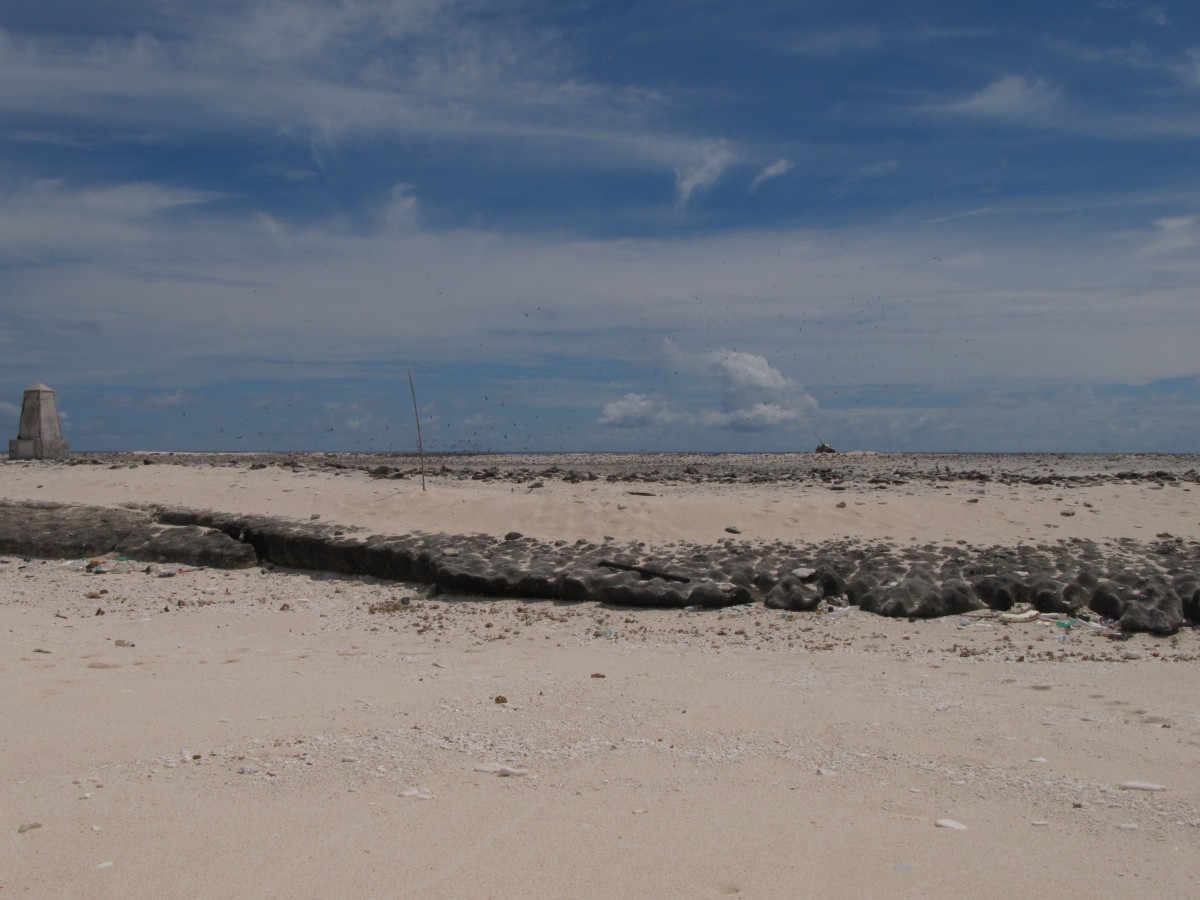 Pakshi Pitti lacks any vegetation, humans, rats and cats, making it the perfect setting for seabirds to nest in. Credit: Ravichandra Mondreti

Raheem also said that the department conducts awareness camps for fishers; one was held in March this year. The fisherfolk are aware that it is illegal to visit Pitti, he said. “We have shared information with them about the Wildlife Protection Act and the importance of birds.” An upcoming interaction will discuss sustainable harvesting of wildlife resources, including bait fishes from waters near Pitti, Raheem confirmed.

As for whether it would also take up the issue of egg poaching, given the latest findings, Raheem indicated that egg collection is only opportunistic. When scientists visit Pitti on a permit, they are accompanied by fisherfolk for safety reasons. That’s when the latter take one or two eggs and that too for their own consumption, he claims. Scientists are publishing accounts of eggs being poached based on those visits, he adds.

However, Mondreti’s research shows that fisherfolk collected 60, 85 and 25 eggs on the three visits his team made to the island. What’s more, when the team spoke to the islanders of Kavaratti about their involvement, 573 of the 800 people interviewed owned up to harvesting the eggs, selling them, or both, which suggests it isn’t opportunistic or for personal consumption.

Besides, calm weather allows Pitti to be mostly accessible during the months of December to May, which overlaps with the time seabirds nest on the island. Fisherfolk  believe that the birds have an extended breeding season and nest well into the monsoon (June to September), but poor weather conditions have proven difficult for scientists to establish the exact breeding season.

Mondreti learnt from many conversations that the fisherfolk understand the ecological and economic value of seabirds. The birds guide them to shoals of tuna that they can fish, saving them time, money and effort. But this familiarity itself is proving to be harmful for the birds. And if they continue to take their eggs, there won’t be many birds left to guide them to their primary source of livelihood.