Flying Less Should Be a High-Priority Climate Action

Air travel is a significant – and unequally distributed – contributor to climate change, and universities and other institutions with outsized impact need to reduce. 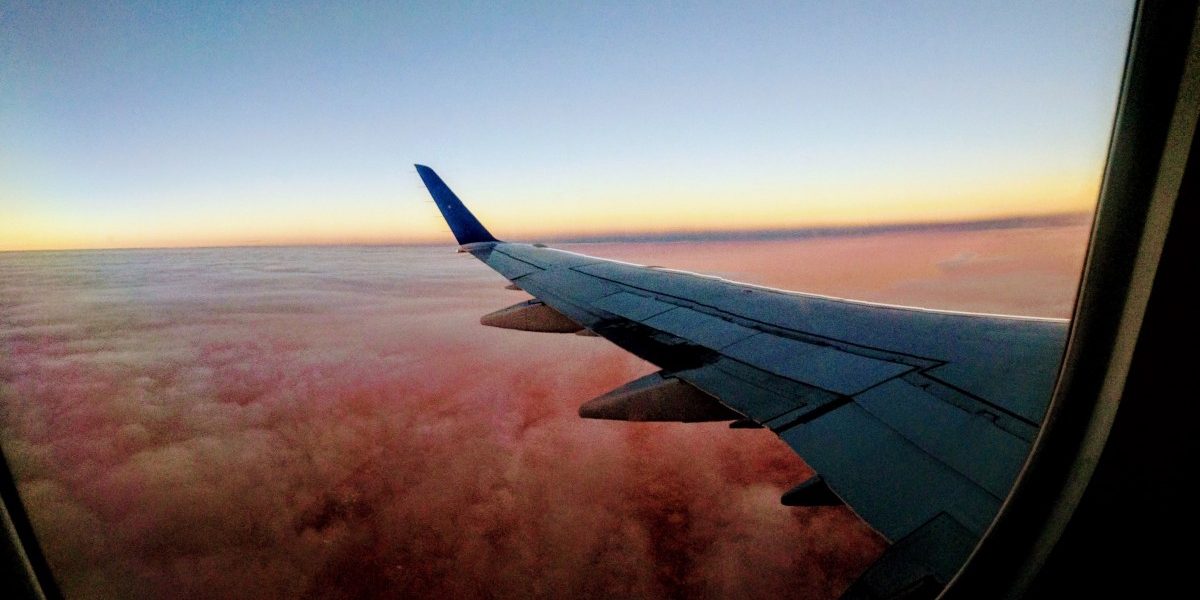 An opinion piece at Ensia recently reported that “flying produces only 2% of total emissions today” and contended, “Even if everyone were to stop flying, the total climate mitigation impact would be negligible.” This understates the impact of aviation for three reasons.

First, the International Energy Association (IEA) reports that just the fuel burn alone for domestic and international aviation was 2.97% of global combustion emissions in 2017, the most recent year available. This percentage was 2.47% in 2009, but the correct figure is higher today.

Second, aviation involves several emissions sources beyond just the jet fuel burn of the actual flight. A life-cycle analysis, such as a 2016 article by Georgia Institute of Technology transportation systems engineering graduate research assistant Haobing Liu and colleagues, includes the transportation to the airport, the energy emissions to produce and transport jet fuel, the ground operations for airports, and the embedded emissions for everything from the aircraft themselves to the airport infrastructure.

Third, aviation is responsible for more “radiative forcing” or (roughly speaking) climate impact than one would expect from the carbon emissions alone, because the emissions take place at high altitude where they induce contrail formation. The UK uses a multiplier of 1.9, meaning that the full climate impact of aviation is almost twice as great as the statistics above would indicate. In a 2018 report, Niels Jungbluth, CEO of the sustainability consultancy ESU-Services, and environmental engineer colleague Christoph Meili found research evidence for radiative forcing factors ranging from 1.9 to 5 times the unadjusted number.

A study in the journal Atmospheric Environment led by David Lee, a professor in the Department of Health, Psychology, and Communities at Manchester Metropolitan University, attributed to aviation 4.9% of all human climate impact in 2005. As noted previously, since 2009 aviation has grown rapidly as a share of total combustion emissions. The estimates one commonly sees that describe aviation as 2% of emissions ignore recent rapid increases in aviation emissions, life-cycle effects beyond jet-fuel burn and radiative forcing due to contrail formation.

Air travel also poses an equity issue. IEA attributes to aviation fuel burn 3.67% of total combustion emissions in the US, and in Canada this statistic is 3.28% – both much higher than the global average of 2.97%. Academics tend to have higher air travel–associated climate footprints than average citizens: Researchers at the University of British Columbia recently estimated that air travel emissions are equivalent to 63%­-72% of emissions from campus operations.

The good news is that we can change our flying practices while preserving our cherished personal and institutional goals.

Also read: The Carbon Footprint of Tourism Revealed (It’s Bigger Than We Thought)

The authors of the original Ensia op-ed acknowledged some role for personal flying decisions, while rightly noting that other sectors such as road travel also have large emissions. At a personal level, people who currently fly frequently may replace selected flights with train or bus travel, or combine trips to save a flight, or replace a long-distance vacation with a delightful regional adventure, or even take the #FlightFree2020 pledge and agree not to fly for a year if feasible.

At an institutional level, universities have an excellent opportunity to show leadership and demonstrate urgency. The #flyingless initiative, which I co-organise with Vassar College geography professor Joe Nevins, encourages universities and professional associations to set goals and measure progress on flying reduction, showing the way for larger economic sectors to do likewise.

Our dream is not just for emissions reduction in one sector or one country, but for the higher education sector in comparatively rich countries to make a bold and visible statement about human capacity for rational action, setting an example for other sectors and countries around the world. Far from “negligible,” the potential impact of aviation reduction is immense. If we practice what we preach, the world will take notice.

Parke Wilde is a food economist and Tufts professor. He tweets at @flyingless.

This article was originally published on Ensia.