The Supreme Court bench, headed by Chief Justice T.S. Thakur, said that the air pollution situation in Delhi has to be dealt with as a public health emergency. 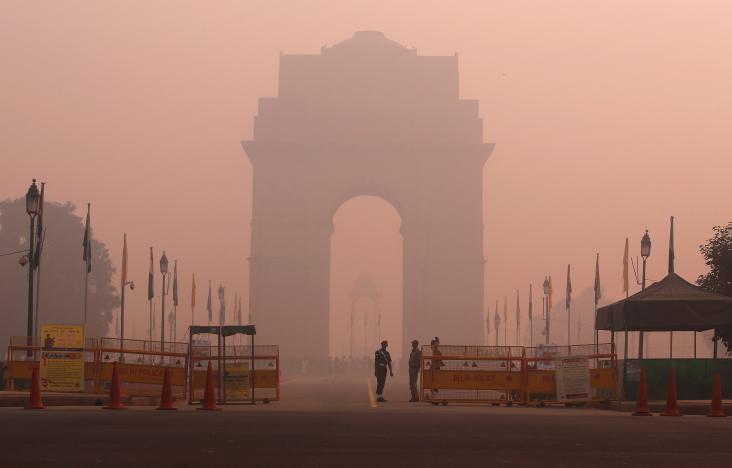 New Delhi: The air pollution limits have gone beyond permissible levels, observed the Supreme Court on Tuesday and called upon the Centre to come up with a common minimum graded response to deal with the problem.

A three-judge bench of Chief Justice T.S. Thakur and justices A.K. Sikri and S.A. Bobde expressed concern and said that the air pollution in the capital has to be dealt with as a ‘public health emergency’.

Hearing a report from the Environment Pollution (Prevention and Control) Authority (EPCA), the bench asked the Centre to come up with a disaster response mechanism that will be put in place when air pollution levels begin to increase.

The CJI said “Cities like  Beijing and Singapore have a graded system of shutting schools, vehicles, industries and finally the city itself, if pollution crosses a certain level. Does our country have such a policy?” A graded system means that if the pollution level goes up to certain level vehicles are shut and if it goes higher, schools are shut and still higher city is shut.

The CJI suggested that the common minimum graded response will come into action at different levels. The court gave 48 hours to the central government to submit an action plan before it. The solicitor general (SG) told the court “give us two days time so that we can convene a meeting with the environment secretary and other stake holders in Delhi and come up with suggestions.”

Earlier, counsel Aparajitha for EPCA brought to the notice of the court that various orders passed by the apex court have not been properly implemented by the agencies concerned. She said that Rs. 8 crores had been collected through diesel cess and Rs. 440 crores through environment compensatory charge (ECC), which can be properly utilised to check air pollution.”

The bench then directed the Delhi government to ensure that its orders regarding the cleaning of streets and halting of construction activities should be complied with. Mercedes assured the court that it will supply two vacuum cleaners to the Delhi government. The bench posted the matter for further hearing on November 10, when detailed orders will be passed based on the Centre’s action plan.

In its latest report, the EPCA sought court’s intervention to direct short-term emergency action and strict enforcement of various directions for effective control of toxic and dangerous air pollution. It said that PM2.5 levels have increased by 1.4 times on November 5 as compared to Diwali. It is 14 times the standard on November 5, 2016 – a situation, which is both alarming and dangerous for human health. This is a level of pollution, which is higher than what was recorded during the London smog incident and certainly higher than what has been seen in Delhi, ever.

The report said the key cause of this extremely high pollution in Delhi and its vicinity is a combination of factors – already high vehicular pollution, unchecked construction, road dust and garbage burning, compounded by Diwali crackers and the burning of paddy residue by farmers in Punjab and Haryana, in addition to near still weather conditions without wind and the onset of winter.  This severe smog episode is a result of these factors and must be treated as a public health emergency.  It is also clear that these conditions demand emergency measures – short term and immediate, which will drastically reduce pollution during peak smog episodes.

The report insisted on:

It said that if pollution is not reduced within the next 48 hours then the Delhi government must take further steps to drastically reduce pollution, including odd-even (without exemptions) and further restrictions on commercial vehicle entry. It has to ensure that drastic and effective actions are taken to reduce pollution during winter.