Ahmedabad: In May, Cases of Heat-Related Emergencies 65 Times More Than Official Data

The Ahmedabad Municipal Corporation recorded 77 cases of heat-related emergencies in May. But a news report says data from emergency ambulance services shows the real number is 5,055 cases. 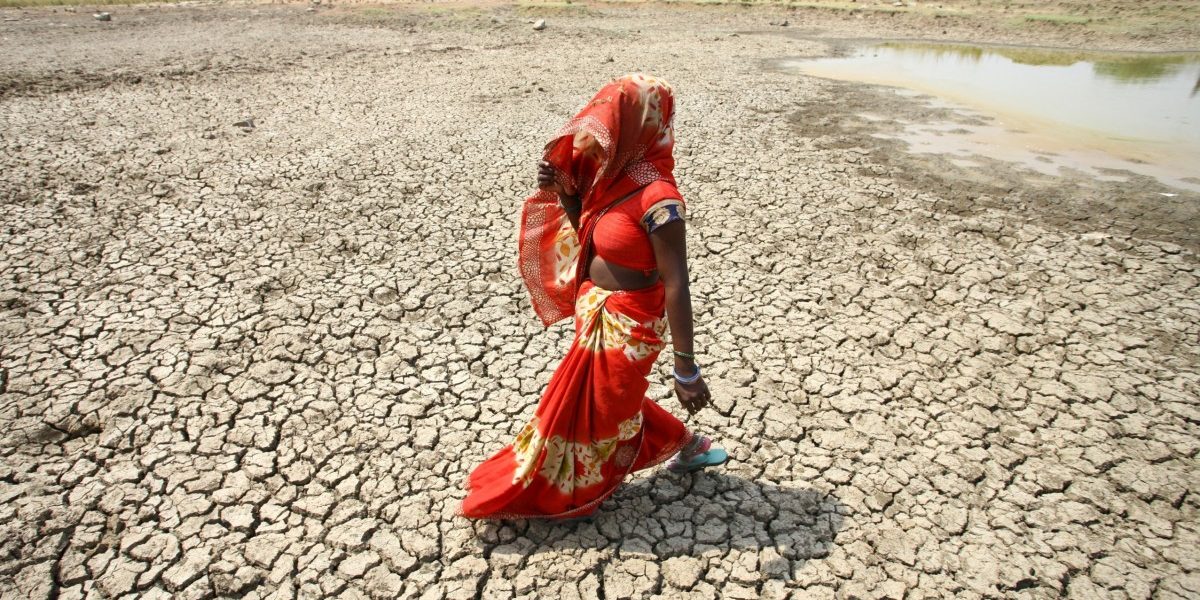 Representative image. A woman walks on the bottom of a dried pond on a hot day. Photo: Reuters/Ritesh Shukla

New Delhi: Even as temperatures soared across North India in May this year, consistently remaining above 40 ℃, the Ahmedabad Municipal Corporation (AMC) only recorded 77 cases of heat-related emergencies through the entire month.

However, a report by the Ahmedabad Mirror has revealed that, according to data from the GVK EMRI emergency ambulance service, the real number of such emergencies could be as much as 65-times higher than the official figures.

According to the data, 5,055 cases of heat-related emergencies were reported where patients needed to be transported to hospitals in Gujarat’s Ahmedabad, working out to 163 patients per day. The report detailed symptoms ranging from vomiting and abdominal pain to episodes of fever and even heat stroke in the most severe cases.

The newspaper’s report details that the wide discrepancy is caused by the fact that the municipal corporation only has access to patient data from civil hospitals and those run by the government.

However, there are hundreds of private hospitals and clinics in the city which do not share their data with the AMC.

The considerable undercount is particularly interesting considering Ahmedabad was the first city to adopt a heat action plan (HAP) in 2013 after a severe heat wave in 2010 had claimed numerous lives.

Yet, despite the HAP being in place, heat-related conditions are not considered ‘notifiable diseases’ and as such, private hospitals and clinics are under no compulsion to share related data with the government.

This year, after a report by the Ahmedabad Mirror highlighting the flaws with the HAP, the AMC notified all civic and private hospitals across the city to start actively reporting heat-related cases and deaths. Yet, since these ailments are still not notifiable diseases and because there is no mechanism for reporting the same in place, severe underreporting continued.

What’s more, AMC officials have claimed to have raised the issue of a lack of reporting of heat-related ailments at the national level, yet, as long as private facilities are not obliged to collect and share the data, it appears unlikely that they will proactively volunteer it.

In light of the country’s hottest March in more than a century, Prime Minister Modi had, in May this year, asked all states to come up with their own HAPs, however, the results of the exercise in Ahmedabad have failed to provide any proof-of-concept for its success.