The Great Green Wall initiative started a decade ago. Once completed, it will be the largest man-made structure on Earth and a new wonder of the world. 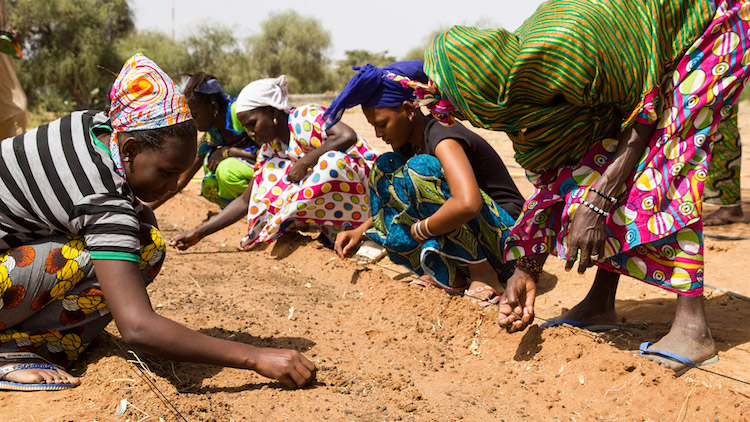 Rio de Janeiro: Beneath the glitz and glamour, the Samba and Rio’s carnival-like atmosphere, this year’s Olympic Games opening ceremony showcased the most impossible sounding dream of all – Africa’s Great Green Wall.

The initiative started a decade ago. Once completed it will be the largest man-made structure on Earth and a new wonder of the world.

The progress made shows that land restoration efforts on a mass scale are both possible and offer hope. Senegal has already planted 12 million trees, Ethiopia has restored 15 million hectares of degraded land and Nigeria has created 20,000 jobs in rural areas.

Featured in the Rio Olympics creative director Fernando Meirelles’ film on global reforestation efforts, the Great Green Wall struck a chord as a generation-defining initiative aiming to grow an 8000 km natural wonder of the world across the entire width of Africa, against all odds.

The aim: to restore vast swathes of degraded land in a region called the Sahel and in the process provide food, jobs and a reason to stay for the millions of people living on the frontline of climate change that may be forced to migrate.

The Sahel region of Africa is one of the world’s most impoverished – a key reason being the degradation of enormous tracts of fertile land, which form the basis of people’s livelihoods here.

More than anywhere else on Earth, the Sahel is on the frontline of climate change and millions of locals are already facing its devastating impact. Persistent droughts, lack of food, conflicts over fewer natural resources, and mass migration to Europe are some of the many consequences.

Yet, local people from Senegal in the West to Djibouti in the East are fighting back. Since the birth of the initiative in 2008, life has started coming back to the land, bringing greater food security, jobs and stability to people’s lives.

Persistent drought, food insecurity, and conflicts over dwindling natural resources are some of the many consequences. Continued inaction means an estimated 60 million people could migrate to Europe from Africa’s degraded areas by 2030.

“The Great Green Wall is about far more than just growing trees. It is a mosaic of interventions weaving across the Sahel region that is helping to build community resilience and provide economic opportunity,” said Monique Barbut, head of the UNCCD.

“Already, it is feeding hungry families and malnourished children, putting people back to work and growing peace and security to help communities thrive once more. Most crucially, it provides young people with a genuine alternative to migrating from their communities,” she added.

During the Paris Climate Change Conference, world leaders pledged a further $ 4 billion to the initiative over the next five years. For a poor region with hardly any resources to spare, this raises hopes of moving the initiative closer to its ambition of restoring 50 million hectares of currently degraded land, and sequestering 250 million tonnes of carbon by 2030.

The Great Green Wall is an extraordinary collaborative effort that transcends geographical, political and cultural divides and is uniting people across borders on an unprecedented scale.

“This is a bold ambition that chimes with the spirit of solidarity enshrined in the Olympic dream. It is a global symbol to celebrate our common humanity in divisive and troubling times,” Barbut said.

The Great Green Wall is an African-led project with an epic ambition: to grow an 8000 km line of plants and trees across the entire African continent. Its goal is to provide food, jobs and a future for the millions of people who live in a region on the frontline of climate change.

Under the leadership of the African Union Commission, it brings together African countries and international partners that include the EU, the Food and Agriculture Organisation of the UN, the Global Environment Facility, UNCCD and World Bank Group.

This article was originally published in In-Depth News. Read the original article here.