A Warming Earth Could Mean Monsoons Could Change Course, and India Must Prepare

For millennia, lives across South Asia have beat to the monsoon's largely predictable rhythm. So, what if that rhythm changes course? 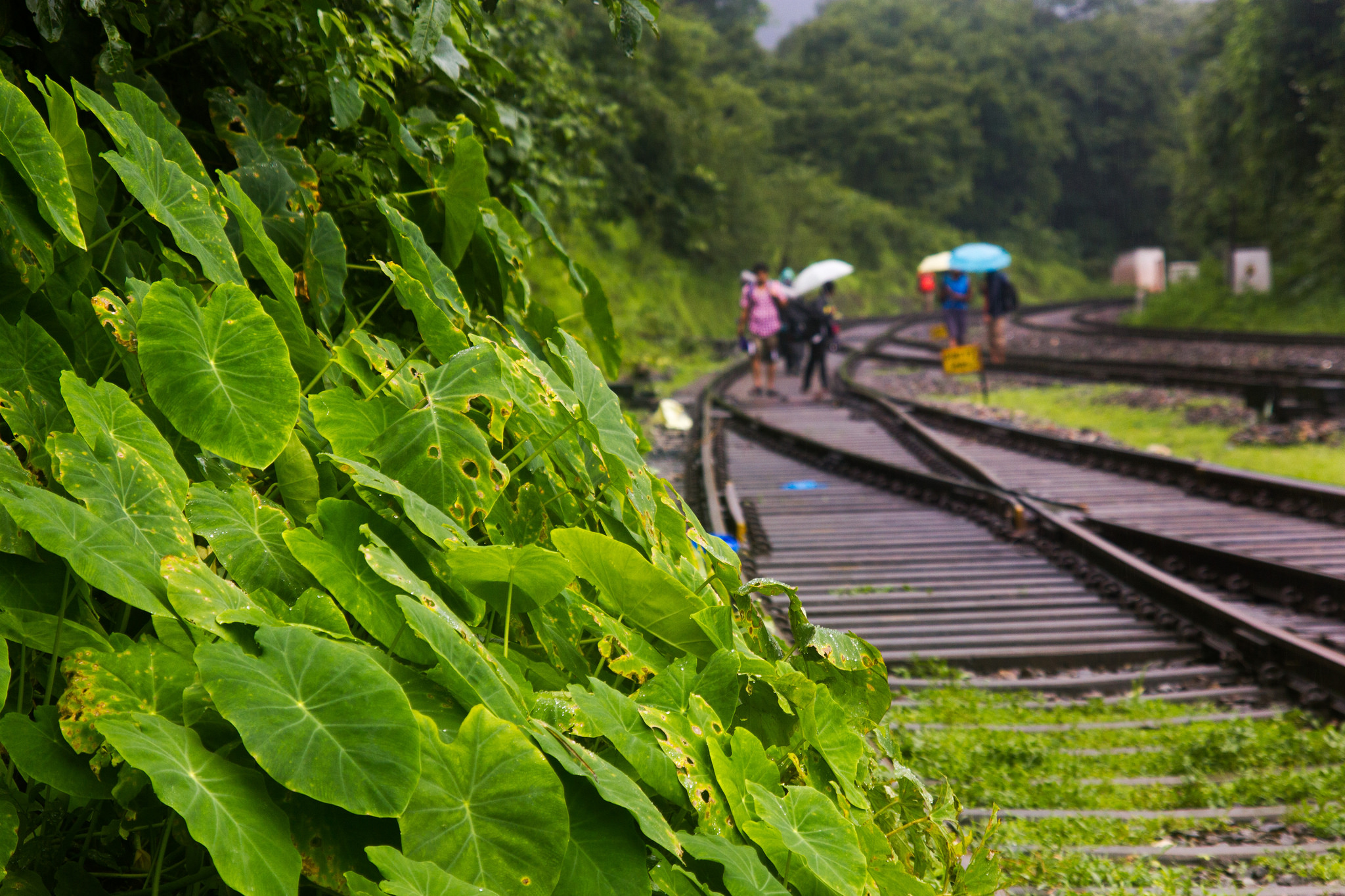 Once a year, across the South Asian subcontinent, something slightly miraculous occurs. The waters of the Indian Ocean arrive on early June winds and replenish a parched land. And then, like a guest who knows not to overstay its welcome, by early October the monsoon rains have left. This oddly precise occurrence involves vast global systems of wind and water that we still do not fully understand, and over which we have no control – and yet more than a billion depend upon it. For millennia, lives across South Asia have beat to the monsoon’s largely predictable rhythm. So, what if that rhythm changes course?

This year’s monsoon deficit – now at 14%, even before the rains have fully withdrawn – can be partially attributed to El Niño, which is typically (but not always) accompanied by a weakened monsoon. Indeed, the deficit was predicted by the Indian Meteorological Department before the monsoon started for that very reason. And yet this year’s deficit follows upon 2014’s drought, a series of fifteen years in which one third have been drought years, and a hundred-year period in which the total volume of the monsoons has gradually been reducing. The uneven distribution of rainfall this year – with excess in June that slowed to a trickle in July and August, now with a slight comeback in September – also follows an increasing pattern for the monsoon rain to come in concentrated bursts that are difficult for the soil to fully absorb and reservoirs to collect.

The shape of things to come is hard to discern, with global cycles such as El Niño interacting in unpredictable ways with human-driven climate change. But one certainty is that in the future, it will help if we can cope with more than a 14% variation in rainfall.

“If you compare India with other large countries in the world, the Indian monsoon is remarkably stable,” says J. Srinivasan, chairman of the Divecha Centre for Climate Change at the Indian Institute of Science, Bengaluru. Although the monsoon does vary from year to year, he says, most of the time the total volume of rain stays within 10% above or 10% below the long-term average. Hence the official designation of anything outside this range as either deficit or excess. Approximately one fifth of the time, we leave that comfortable range – but the frequency has not been enough to inspire water management strategies that can adequately cope with extremes. “We have gotten somewhat complacent, as a society,” says Srinivasan. “We don’t all conserve water as carefully as people within Rajasthan, for example.”

A problem of water management

The relative stability of the monsoon is remarkable given the complex global systems that influence it. Shift perspective from the land that we live on to the ocean that covers 70% of the earth’s surface, and the vastness of the ill-named Pacific comes into sharp relief. Unbroken by large land masses, the interplay of water and wind across the Pacific turns into cycles that may last years or decades. The El Niño – Southern Oscillation (ENSO or El Niño for short) is one such phenomenon, which occurs at varying intensities every two to five years and is associated with drought in Asia and winter rains along the western coast of the Americas. Its counter-oscillation, La Niña, tends to bring heavy monsoons. The engine that drives these changes is heat differentials across the globe, which create pressure gradients that drive currents of ocean and air and transport moisture.

Rising global temperatures associated with anthropogenic climate change will undoubtedly impact this heat-driven system, and the monsoons with it. The more difficult question is how that change will manifest. Already, the heating oceans are not giving rise to the result that climate change models predicted, which was a heavier monsoon. Rather, a 2015 study published in Nature that examined the last century of monsoon data across the South Asian subcontinent found a downward trend in rainfall over all – with a 10-20% decrease over the area spanning central-east India. As Raghu Murtugudde, co-author on the study and professor of Earth Systems Science at the University of Maryland (currently, a visiting professor at IISER-Pune) points out, this region – like much of India – depends heavily on rainfall for agriculture.

“Whether it is global warming or not we can debate, but [the Indian Ocean] has warmed,” says Murtugudde. “And that warming affects the monsoon.” But the impact of warming on the monsoons may have been complicated by the fact that contrary to expectation, the land is not heating up faster than the ocean. Rather, increasing pollution levels across South Asia have slowed the warming of the land surface, lessening the temperature difference between land and sea to a degree that may in turn be weakening the intensity of the monsoons.

At the same time, climate scientists have found an increase in extreme rainfall events in India in recent decades. A study published in Science in 2006 by B.N. Goswami and colleagues at the Indian Institute of Tropical Meteorology, Pune, and the Indian Institute of Science, Bengaluru, found that extreme rain events during the monsoons have increased over central India in the last fifty years, while moderate rain events have decreased. More recently, a 2015 study in Climate Dynamics by R. K. Madhura and colleagues, again at the Indian Institute of Tropical Meteorology, Pune, linked increasing variability in winter rainfall associated with the Western Disturbances across North India and the Western Himalayas to rapidly increasing temperatures above the Tibetan Plateau. This instability in the Western Disturbances has been implicated in the devastating Uttarakhand floods in June 2013, as well as hailstorms that destroyed rabi crops across Maharashtra in March of 2014 and 2015.

A changing climate does not necessarily mean that we are already seeing the result of anthropogenic climate change, as Murtugudde is careful to emphasise. “When you have a system like the monsoon which has a very high variability of its own, then global warming signals take time to emerge,” he cautions. Against that background of high variability, global warming signals may in turn be interacting with natural cycles in ways that we cannot yet predict.

The key point, however, is that India is thus far ill-equipped for any large shifts in climate – be it an increase in rainfall, a decrease, or changes in the seasonal and geographic distribution of rain. The good news, however, is that this problem involves not just climate but water management, which (unlike climate) is actually under human control.

How do we change patterns of water management? Environmentalist Anupam Mishra suggests that the impetus for changing how we use water must come from the level of the community, since each area can read its own challenges best. Indeed, Mishra has made it his life’s work to document and argue for the revival of traditional methods of community water management techniques across India. He recorded some of his findings in two books translated into English as The Radiant Raindrops of Rajasthan (1995) and The Lakes Are Still Alive (1993). The former speaks of astonishingly efficient methods deployed in Rajasthan to collect every last drop of scarce rainwater – and the latter speaks of rainwater harvesting practises across India, with communities building and caring for local reservoirs.

The problem, says Mishra, is that we speak of the monsoon in terms of deviations from an average, instead of patterns whose variability we can adapt to.  “Now we are talking about the monsoon deficit,” he says. “Then we will anxiously wait for the monsoon, and the moment the monsoon arrives we complain about it. This is no way of living at all.” He has criticism, as well, for urban centres such as Bangalore which source their water from distant locations while allowing urban lakes to be filled up or polluted.

M. Murugan at Kerala Agricultural University, who researches the impact of climate change on Indian agriculture, agrees that adaptation to a changing climate must be specific to local needs. But he emphasizes that reducing agrarian dependence on the monsoon, now at 60%, also needs government support. For example, non-water intensive crops such as ragi are being planted less these days because they are not as financially sound for farmers, due to lack of government backing. “Millet crops are most suitable for changing climatic situation in India, specifically South India,” he says. Murugan also notes that in an environment already changing in unpredictable ways, agriculture in India will require many parallel solutions. “The one who is more flexible will survive,” he suggests with a smile. Given the plethora of factors that threaten crops – unseasonal rainfall and extreme weather, with a rising pest problem as temperatures increase – farmers need to be encouraged to plant mixed crops rather than monocultures, he says, of short duration, low water requirements and higher pest resistance.

Communities and agriculturalists may also be blocked from effective local action by a state that ignores ground realities. Parineeta Dandekar, an environmental activist with the South Asian Network on Dams, Rivers and People in Maharashtra, has been outspoken about the mismanagement behind the present water crisis in Marathwada. “Very little of the development funds of the state have been used for this region,” she says. Irrigation barely covers 8% of the cultivable land, and half of the irrigation in Marathwada is used for lucrative, hardy and water-intensive sugarcane. In a region where rainfall is approximately 50% below normal this year, where sugarcane irrigation is depleting scarce groundwater and farmer suicides have been rising, “sugarcane is like an island of prosperity in a sea of absolute devastation,” says Dandekar.

Dandekar agrees that communities must speak out in order to implement water management strategies and agricultural practises suited to local needs. “But we need to realise that the playing field is not level,” she says. “It’s very difficult for communities to make their voices heard.”

Anjali Vaidya is a writer and grad student, based out of Bangalore and Southern California., and a staff writer at IndiaBioscience.