The area was declared an eco-sensitive zone by the environment ministry in June. 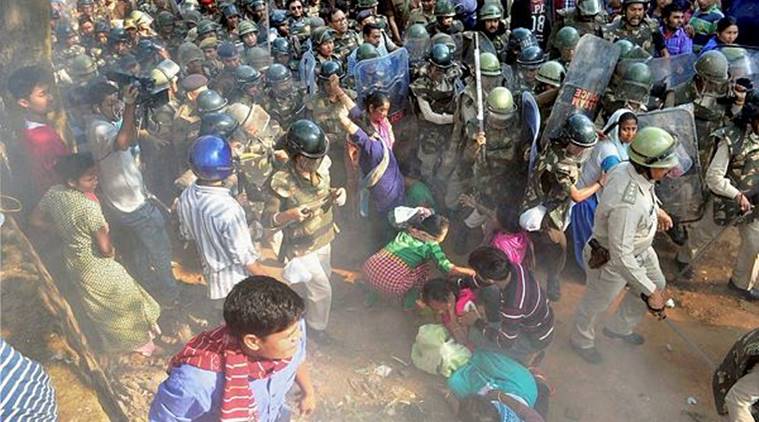 New Delhi: Since November 27, over 700 families have been rendered homeless in the outskirts of Guwahati after the Assam government carried out an eviction drive – as per a Gauhati high court order – in the area declared an eco-sensitive zone (ECZ) by the environment ministry around the Amchang Wildlife Sanctuary.

Amchang, situated in the state’s Kamrup district, was declared a wildlife sanctuary by the state government in 2004 by putting together the Amchang reserve forest, South Amchang forest reserve and Khanapara reserve forest.

The area which has seen the eviction drive for three days in a row was declared an ECZ this past June by an expert committee set up by the Union Ministry of Environment and Forests (MoEF).

In the expert committee’s meeting held in New Delhi on February 28 on the issue, M.K Yadava, representing the state government on Amchang, submitted that as per the draft proposal readied by the state government on the asking of the ministry, “the present protected area of Amchang is 78.64 sq km.” He said the state “proposed ECZ area of 109.99 sq kms and the proposed extent is 170 metres to 8.1 km.”

Yadava told the committee that “No comments were received from stakeholders/public (opposing or providing feedback on the issue).” According to the minutes of the meeting, he “mentioned that the sanctuary consists of disjointed blocks. Brahmaputra River is located on the North-east boundary. Zero ESZ extent has been proposed on the westside due to the presence of the Cantonment area.”

The committee thereafter asked the state government to “provide proper list of flora and fauna and recommended for finalisation of draft notification.”

Situated on the eastern fringes of Guwahati, Amchang Wildlife Sanctuary is home to at least 250 species of birds and 44 species of mammals besides reptiles and amphibians.

Meanwhile, hearing a PIL by an NGO named Early Birds, the Gauhati high court on August 2, directed the state government to carry out the eviction in the ECZ of Amchang. The state government carried out a drive in August, removing 283 structures. However, the drive had stopped following an affidavit filed at the court by the state government on August 25 seeking additional time as the encroachers had “voluntarily” agreed to evict themselves from the protected area.

However, according to media reports, the government took the step after some party MLAs, who represent Mishing dominated constituencies, opposed the move. The HC thereafter asked the state government to submit a status report by November 30. The present drive is to meet the November 30 deadline set by the HC.

Media reports and social media images highlighting heart-rending scenes from the last two days of the present drive have created widespread anger against the Sarbananda Sonowal government. Reportedly, a posse of 1,500 policemen carried out the eviction on November 27 and 28 with help from around 300 labourers, a dozen elephants and bulldozers and resorted to use of force and violence, causing injury to at least four people. Besides razing down houses, they also demolished schools and places of worship.

Though the BJP government has been evicting settlers from forest areas for some time now, this drive has triggered adverse response from the public like never before. Particularly because most of those evicted belong to indigenous Bodo, Mishing, Rabha and other tribes and are said to have moved into the forest area adjacent to the sanctuary over a long period of time from the flood affected districts of Majuli, Lakhimpur and Dhemaji.

However, in the face of huge criticism, chief minister Sonowal – who is presently in West Bengal – reportedly asked state forest minister Pramila Rani Brahma and cabinet colleague Naba Doley on November 28 to take “early steps” to rehabilitate those who settled at Amchang due to the floods.

Meanwhile, in protest against the drive, the Takam Mising Porin Kebang (TMPK), a popular organisation of Mishing students, called a 12-hour long bandh in the state on November 29. On November 28, TMPK took out a rally in Guwahati, shouting slogans against the ruling BJP government and its ideological fount, the Rashtriya Swayamsevak Sangh.

The Krishak Mukti Sangram Samiti (KMSS), which has been opposing such drives, also expressed its opposition to the Amchang eviction. On November 27, police arrested KMSS leaders Dhairya Konwar, Bedanta Laskar and Gopi Saikia after an FIR was filed by the divisional forest officer, Wildlife Guwahati, accusing them of obstructing government officials in discharging their duties by inciting people to resist the drive. Later, a local court sent them to 14 days of judicial custody besides taking into custody two other supporters of KMSS. 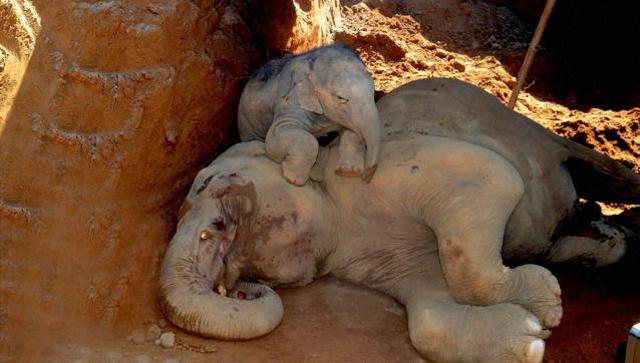 A wild elephant had previously died in a construction site of Patanjali in Assam. Credit: PTI

While many members of the civil society and local media have accused the state government of finding ‘easy target’ in the poor people who have nowhere else to go (Most of the families with children have been sleeping under the open sky since in cold temperatures), and have questioned why the industrial units in the area have not been touched yet, on November 29, forest officials led by police were seen carrying out demolition of a unit of SM Cement in the ECZ.

Among those within the ECZ of Amchang which have received demolition notice as per the HC order is Treasured Wheels, a vintage museum set up in 2013, which has since become a popular spot of outing on the city outskirts.

While the forest minister told reporters on November 27 that “Encroachments have not only led to destruction of valuable forests, but also triggered off serious human-elephant conflict across the state and Amchang is only one example,” many in the media have pointed out the state government granted huge tracts of forest area, including an elephant corridor, to Ramdev’s Patanjali.

(Update: As per latest information coming from Guwahati, the high court has ordered a stay to the eviction drive after the state government submitted a prayer before it to treat the matter with a humanitarian view.)