Tom and Jerry: Why They’re a Cat and Mouse Double Act for the Ages

The cat and mouse comedy duo have been locked in conflict for more than 78 years now. 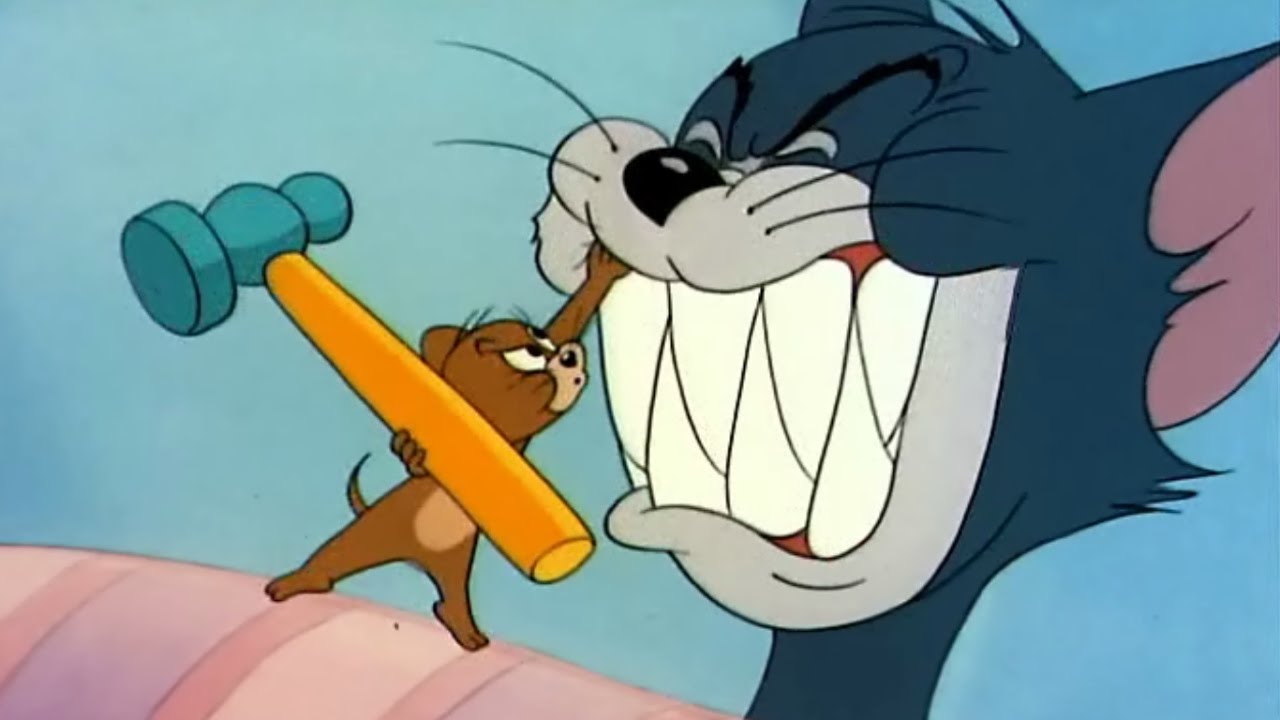 The cartoon features the playful rivalry between the cat and mouse we all have loved – although there is a sinister undertone. Credit: YouTube

They’ve been part of the backdrop to our lives for so long that it’s easy to forget that – in cat and mouse years anyway – Tom and Jerry’s running conflict must qualify as one of the longest double acts on record. Last month, the pair celebrated their 78th anniversary with the news that they are teaming up in a new animated movie with, of all people, Willy Wonka and his Chocolate factory.

Their career goes back to the MGM cartoon department where animators Bill Hanna and Joe Barbera first met in around 1937. In 1939, after working on a number of ultimately unsuccessful cartoons, Hanna and Barbera decided to collaborate on a new animated series for the studio. Hanna was an impressive and fast-working storyboard artist, while Barbera had an expert eye for direction. Their pitch – about the conflict between a cat and a mouse – was put in front of their unconvinced boss, Fred Quimby. Quimby begrudgingly greenlit the project. The result was Puss Gets the Boot (1940) featuring the duo under the stage names Jasper Cat and Jinx Mouse.

The cartoon features the playful rivalry between cat and mouse we would all grow to love – although there is a sinister undertone to the piece, especially in the rendering of Tom. But the real star of the show is the distinctive musical score. The short animation featured no dialogue from the main characters so this score was key to the storytelling success of the animation.

The original musical director of the series was Scott Bradley. Bradley used the skills of the MGM cartoon orchestra, which consisted of between 16 and 45 musicians. The score was written before any animation work was completed, although the “beats” of the animation were planned out by Hanna and Barbera in advance of putting pencil to paper.

The animation style cut no corners, although the character designs were not yet set in stone. Jasper (Tom) was more rough around the edges (he looks in severe need of a grooming). This first effort sets out the premise of Jinx getting one over on Jasper – with the poor cat taking the rap for the wanton destruction left in their wake. The film was a success, and a second episode appeared: The Midnight Snack (1941).

This animation opens with the correct title card of Tom and Jerry, naming the double act for the first time. It also features a directorial credit for Hanna and Barbera and the “Produced by Fred Quimby” signature, which would become synonymous with the golden era of the cartoon. Tom looks a little cleaner in this episode – his outline is more refined and he is not quite so sinister looking. Again, the visuals do the talking and the soundtrack is seamlessly synced to the animation work.

As the 1940s progressed, the animation became slicker and the characters more refined – although the action is somewhat more violent. Tom was often on the receiving end of quite brutal “comedy” attacks from Jerry, and other supporting characters who appeared over the years, such as Butch, Toodles Galore, Spike and Tyke. Tom and Jerry won an Oscar for The Yankee Doodle Mouse in 1943.

During this golden era, the cartoon won seven Oscars and received six other nominations. With America at war, the short takes on a “military” theme, and could be seen as a thinly veiled piece of propaganda for the war effort in the Pacific.

In 1955, after 96 short films, Quimby left his role as producer. This did result in a slight dip in the quality (the films were also hit by the rise of television) and unfortunately, despite battling on, Hanna and Barbera were informed by a phone call to stop production and had to let the entire animation team go. Hanna and Barbera left MGM in 1957 to set up the hugely successful Hanna Barbera Productions Inc.

The pair returned in 1961, this time directed by Gene Deitch. The first episode of this new era, Switchin’ Kitten (1961), shows a marked decline in the quality of the animation. A drastically reduced budget resulted in a series of films which look and feel significantly different from the original run. The franchise was given a boost when Chuck Jones, of Bugs Bunny fame, joins as producer in 1963, however these cartoons do very much feel of their time and do not capture the essence of the Hanna Barbera era. The plug was finally pulled on this version after Purr-Chance to Dream (1967).

They returned again under the watch of Hanna Barbera in 1975, with The Tom and Jerry Show produced for ABC television. Again, even with the involvement of the original creators, this is far removed from the first series. There was a series produced by Filmation in 1980, which tried to capture the slapstick comedy of the originals – but even this was deemed a failure. Further reinventions appeared in 1990, 2005 and 2013/14, with some degree of success. But if you want to fully appreciate the genius of these characters, it’s best to watch the films made in the their heyday, between 1940 and 1955.

The characters live on to this day and are heavily merchandised across different mediums. In 2001, I worked on the Playstation 2 video game Tom and Jerry in War of the Whiskers for Dundee-based VIS Entertainment and US gaming company NewKidCo. We took most of our references from the classic Hanna Barbera era – and the game was a success. Surprisingly, gameplay videos of this are hugely popular on YouTube – some have been viewed more than 7.5m times.

It’s a form of entertainment I don’t really get – but it shows how popular these two are. Who knows what’s next for Tom and Jerry? It’s safe to say the appeal of their cat and mouse antics endures.