Water Scarcity Behind Decline in Thermal Power Generation in India 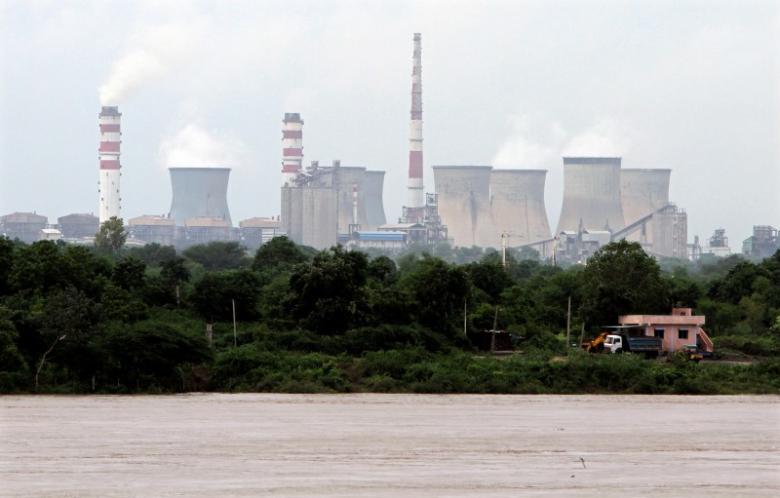 A thermal power station is pictured near the in Gujarat. Photo: REUTERS/Amit Dave/Files

As India continues to rely on conventional sources of energy, with thermal power contributing a major proportion of all the electricity produced in the country, acute shortage of water around power plants appears to be having an impact on the power output with India losing about 5,870 million units of generation due to the non-availability of water till February in this financial year.

In order to reduce the need for water in the thermal power plants, he said in reply to a written query, over the last seven years, closed cycle systems were being installed in the new thermal power plants instead of the once-through cooling systems. Besides, he said other measures for conservation of water have also been initiated and these include the installation of ash water recirculation system, stoppage of discharge from ash pond effluent, adoption of high (65% solids)/medium concentration (38% solids) ash slurry disposal system, maintaining of high cycle of concentration in cooling towers and use of cooling tower blow down for disposal of bottom ash.

Together, he said, these measures have been helping bring down the total consumptive water requirement in a closed cycle system for a thermal power plant from 7 metre cube/MWh to about 3 metre cube/MWh.

Plants being encouraged to use treated water

The minister said to tide over their water shortage, some plants like the Pragati Power of IPGCL, Delhi and Rattan India Power Ltd, Nashik and Koradi TPS (3×660 MW) of MAHAGENCO have been using treated sewage water, and as per the new tariff policy of January 2016, he said the cost incurred on using treated sewage water would be allowed as a pass through in the tariff.

To bridge the gap between demand and supply of water in thermal power plants, the power minister said it has been also mandated that the plants located within 50 km radius of sewage treatment plant of municipalities, local bodies or other organisations would also mandatorily use treated sewage water produced by these bodies.

Energy requirement to almost double in next decade

In order to meet this quantum jump in demand for electricity, the minister said the generation capacity addition has been planned. “The National Electricity Plan, 2012, has projected a generation capacity addition requirement of 86,400 MW from conventional sources during the period 2017-22 to meet the projected demand of electricity for the year 2021-22.” He further added that “thrust is being given to electricity generation from renewable energy sources. Government has set a target of 175,000 MW of renewable energy by the year 2022.”

Apart from this, Goyal said “renovation, modernisation and life extension of old, inefficient generating units is being carried out to improve efficiency and better availability of generating units.”

As of now, he said, works on augmenting the thermal power generation by 51,218.59 MW, hydro generation by 12,217.5 MW and nuclear generation by 7,700 MW were at various stages of construction. In addition, he said, 44,100 MW additional nuclear capacity has also been identified, for which “in principle” approval has been accorded by the Centre.