Falling capacity utilisation of power plants is a clear indicator that electricity demand has sagged under the NDA regime, raising a question mark over the efficacy of UDAY and other power sector reform measures. 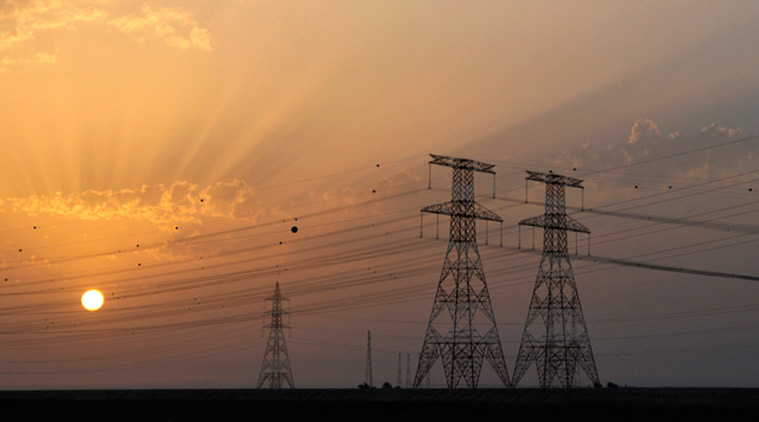 UDAY – the Ujwal Discom Assurance Yojana scheme – was billed as a path-breaking reform that would provide a permanent solution to the woes of the power distribution sector, which is supposed to generate revenue for the entire electricity industry. However, reports coming from states suggest that the scheme is just a band-aid and not a solution, much less a permanent one.

This should worry the Centre, which is banking on success of the scheme to implement its 24/7 electricity supply plan from 2019-20.

Meanwhile, solar power generators are being arm-twisted by state governments into renegotiating existing power purchase agreements (PPAs) to lower tariffs. Signed with a tenure of 25 years, these PPAs were until now seen as sacrosanct. After all, it was based on this sanctity – which essentially provide guidance with regard to cash flows for 25 years – that banks and financial institutions lent to these projects. Unforeseen reduction in tariffs will now hit cash flows and impact the ability of developers to repay loans. It is of little surprise therefore that lenders now find themselves in a bind.

Discoms have also stopped signing new PPAs for the supply of electricity from wind power projects at already agreed tariffs, casting uncertainty over the future of 3,000 MW capacity currently under construction.

Although the Centre has advised states against going ahead with such moves, there is little sign that the latter are paying heed. While investors and lenders will take a hit because of states’ arbitrary moves, the Centre’s plan to scale up renewable power capacity too could go for a toss, potentially impacting India’s efforts on emission reduction as committed under the Paris climate agreement.

How did we get here? The UDAY scheme was announced by the Centre in November 2015 with the stated aim of turning the finances of power distribution companies (discoms) finances. This would be done primarily through the transfer of three-fourths of their debt burden to state governments’ budget and reduction of interest rates on balance loans – apart from lowering of commercial losses, swap of coal linkage to help state power plants cut on transportation costs and the promise of cheaper electricity from central generating stations.

The NDA government has promised to provide a permanent solution to the Rs 4.3 lakh crore legacy debt that discoms carry and prevent future losses through the scheme which has been signed up by some 22 states and Union territories.

The underlying assumption is that once their financial health financial health is restored, discoms would start buying electricity to avoid load-shedding, leading to revival of power demand. That would in turn revive the sagging confidence of investors and lenders and restore some shine to the power sector.

However, nearly two years after the scheme was announced by the Centre, power demand still remains weak as reflected in low capacity utilisation of power plants.

The PLF of private coal and lignite-fired power plants was 62.10% in 2013-14 when Coal India was unable to meet their fuel requirements due to stagnating production. Domestic coal supplies to power plants have improved significantly since 2014. So, it was expected that capacity utilisation of private power plants would also go up commensurately. However, that hope has been belied. The PLF of private plants has come down to a low level of 55.73% in 2016-17 from 62.10% in 2013-14, the last year of the UPA-II and from 60.49% in 2015-16.

The trend continues in 2017-18 as shown by monthly PLF data released by the Central Electricity Authority. The PLF of private plants dipped to the low of 50.32% in June.

Union power minister Piyush Goyal has expressed much happiness over the shrinking power shortage. However, the falling capacity utilisation of power plants is a clear indicator that electricity demand has sagged under the NDA regime, raising a question mark over the efficacy of UDAY and other reform measures introduced by the government to bring discoms to the power market.

States always promise to implement power sector reforms when they need central assistance to keep their discoms running operations. However, they slip to business-as-usual mode after they receive money.

This happened when they needed financial package from the Centre in 2001 and 2012. Their attitude toward the UDAY scheme is hardly any different.

Discoms in states that have signed up for the UDAY are required to bring down commercial losses to 15%. Discoms have agreed on yearly reduction targets. Most of them have to comply with the 15% requirement by 2018-19. However, data compiled by the power ministry show that only three states – Gujarat, Rajasthan and Goa – met their annual loss reduction target in 2016-17.

States Where Commercial Losses Swelled After They Signed up for UDAY

At least 12 states including bigger power consumers like UP, Madhya Pradesh, Maharashtra and Karnataka saw their commercial losses balloon during the year. Others reduced their losses but failed to meet the agreed target.

Moreover, commercial losses of UP, Rajasthan, Haryana and Jharkhand remain abnormally high – in the range of 30%. They are unlikely to comply with the 2018-19 deadline.

The picture on a tariff hike has been mixed. At least five big power consuming states including UP, Tamil Nadu and Rajasthan have not hiked their electricity tariff for 2017-18, violating commitment made under the pact signed with the Centre under the UDAY scheme. While deferral of tariff hikes is by UP and Punjab is understandable as they went to polls early this year, there was no excuse for Rajasthan, Tamil Nadu and Jharkhand to do so.

Credit rating agency ICRA has noted in a recent report that the progress in filing of the tariff petitions for 2017-18 by the state-owned discoms is less than satisfactory with only 16 out of the 29 states fling tariff petitions. Discoms were required to file tariff petitions by November 30, 2016 so that tariff orders could be issued by state electricity regulators by March 2017. But out of 22 states and Union territories that have signed up for the UDAY scheme, only 14 filed tariff petitions on time.