The Fall and Rise of Solar Costs in India

Solar energy is cheaper than coal in India. An indigenisation drive that will change that. 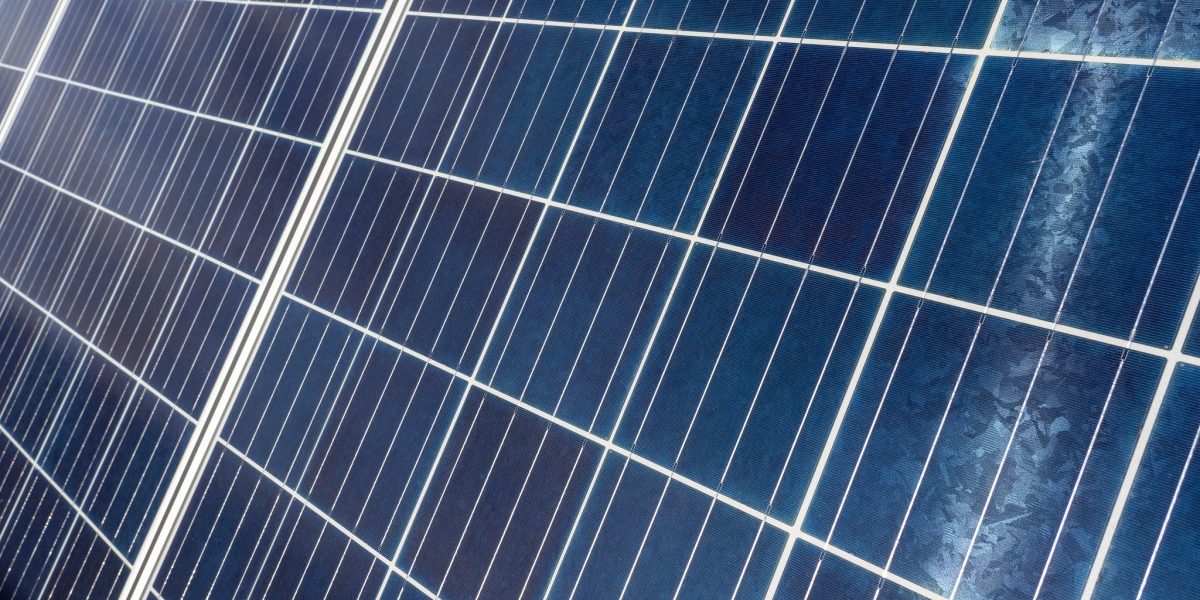 Chiranjeev Saluja is scaling up. In April 2021, when CarbonCopy spoke to him, installed capacity at his solar module and cell manufacturing company, Telangana-based Premier Energies, stood at 500 MW. That was set to change. “We are opening a new unit producing modules worth 750 MW next month,” said the firm’s founder and managing director. “With that, our scale will go up to 1.25 GW in modules and 500 MW in cells.”

He is not the only one anticipating growth. In April this year, Tata Power Solar Systems announced a doubling of its solar cell and module manufacturing capacity to 1.1 GW. By June, Waaree Solar, India’s biggest photo-voltaic (PV) module manufacturer, along with Adani Solar, is aiming to push its module capacity up from 2 GW to 5 GW. Before 2021 ends, Adani Solar‘s installed capacity for cells and modules is expected to rise from 1.5 GW to 2 GW.

Even smaller firms are scaling up. Gautam Solar has boosted capacity at its Haridwar plant from 120 MW to 250 MW. So are others. The public sector is getting into the act as well. State-run companies, like Bharat Heavy Electricals and Coal India, are planning fully integrated (from polysilicon to panels) solar manufacturing plants as well.

It makes for an odd juxtaposition. As the first two reports in this series have described, India’s solar sector is slowing. Developers do not expect it to add more than 6-8 GW a year from here on. They are cutting overheads, selling off parts of their business, even exiting the market. The companies supplying equipment to them, however, are scaling up.

The rise and fall of solar manufacturing

Globally, commercial work on photovoltaics started in the 1960s. In India, too, solar was first discussed in the third Five Year Plan (1961-66). By 1977, the country had made its first PV cell.

In the years since, however, it has haemorrhaged most of those early gains.

A brief history of solar manufacturing
1960: Commercial work on photovoltaic (PV) starts.
1970: Oil shock due to the Suez crisis. More money flows into PV research. Trial projects start at Bell Labs, Mitsubishi, University of New South Wales, etc.
1977: Central Electronics makes India’s first PV cell.
1980: Oil cos like Shell, BP and Total set up PV divisions, partly to avoid being ambushed by technology. Supported despite running up losses, these divisions focus on R&D. In India, work in the solar sector focuses on developmental applications like rural electrification and water purification.
1990: Oil cos produce innovations like off-grid systems.
1995: In India, companies like Moser Baer and Premier Energies come up. Beginning as a 5 MW solar module maker, the latter focuses on uses like village electrification.
2000: By 2000, solar R&D is driven by the US, Germany, Japan and Australia. China is nowhere in the picture. No more than six companies globally make silica from sand. The biggest consumers are governments (using solar for development projects).
2004: Germany begins pushing rooftop solar. Countries like the UK and France follow.
2005: Germany gives out large licenses for ground-based solar. Spain and Greece follow. Other countries persist with rooftop solar, but ground begins to slowly dominate.
2006: China’s first solar installation – a 1MW project atop six buildings in Shenzhen – comes up. By now, India has about 40 solar manufacturers and an installed manufacturing capacity of 4,000 MW.
2009: Old PV patents expire. China starts making poly silica. Till now, different companies have made poly silica, ingots, modules, wafers and cells. Now, China creates integrated manufacturing complexes.
2013: Led by the Chinese, the price of PV falls. Realising the Chinese are here to stay, oil cos sell them their tech. European solar manufacturing dies. The US moves into thin film technology. The movement to ground-based solar continues.
(Source: Interviews with industry executives)

Like manufacturers elsewhere in the world, solar equipment makers in India, too, ceded ground to the Chinese. The latter were better supported – not just subsidised land, labour and credit, but also support for exports – by their government.

In contrast, India’s MNRE was born from the Department of Science and Technology. “They were all scientists,” said Dwipen Boruah, who oversees the India operations of Australian solar consultancy Delhi-based Global Sustainable Energy Solutions. “They did not understand taxation. They saw solar mostly as a tool with applications in rural areas, etc.”

Another reason materialised in 2015. Riding on work done over the previous 10-12 years, said Bharat Bhargava, a former director in the MNRE, India had set itself the target of 20 GW in solar by 2022. A year after coming to power, Modi upped that to 100 GW by 2022. “It was an exciting, ambitious and a globally attractive number,” recalled Boruah. “The local manufacturing sector could have grown like anything. But the raw materials part of the question was not thought through.”

A tightrope had to be walked. “Domestic manufacturers want protection in the form of import duties,” said Bhargava. “As for developers, they do not want any restrictions. The government needed to walk a middle path. Our policy, however, got skewed.” India ended up, he said, with a “duty on raw inputs, but not on cells and modules. The finished product got cheaper. India went from a net exporter to a net importer.”

What we are seeing now is an attempt to recapture lost ground. 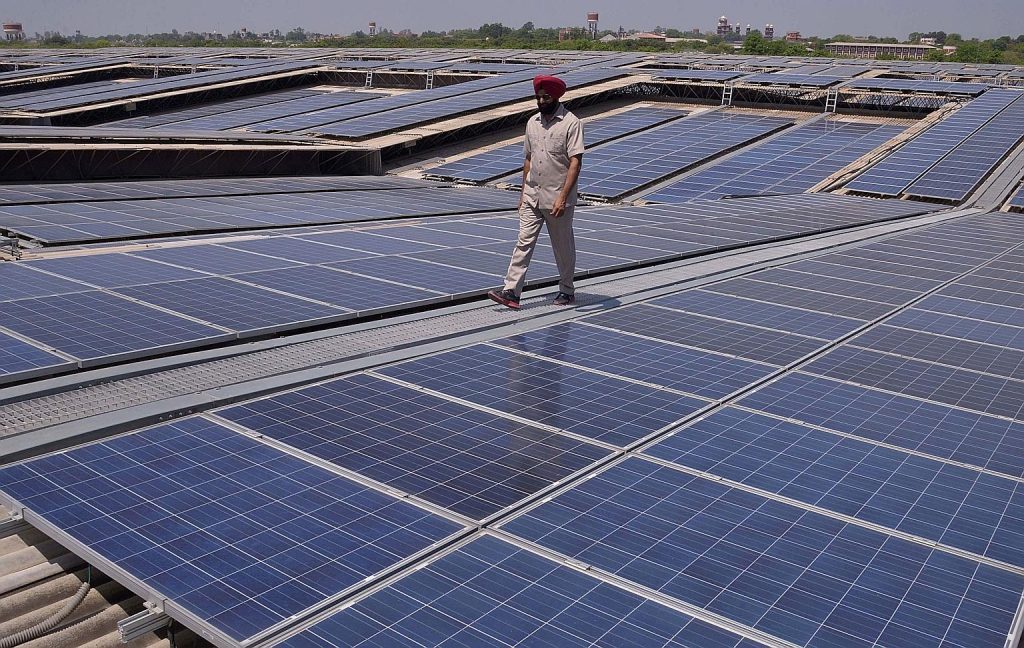 Under its ‘Make In India’ push, the government has told CPSUs to buy solar equipment from local manufacturers. Under the Rs 34,422 crore ‘Kusum’ programme, which encourages farmers to shift from diesel to solar, departments have been told to buy local as well.

Even the private sector is being nudged to buy local. The government has slapped duties on solar imports. At the same time, it has announced fresh subsidies for the manufacturing sector. Under the Rs 200,000 crore production-linked incentive (PLI) scheme, for instance, the sector will get Rs 4,500 crore. This might add as much as 10,000 MW to India’s integrated solar PV manufacturing capacity.

What does this mean for India’s solar sector? A slowing solar market, in part due to the crackdown on rooftop solar, caps the scale manufacturing units can add. Most growth now has to come from ground solar. Its growth, however, depends on tenders from state bodies like NTPC and SECI. “A market that depends on government tenders for growth will not have a rhythm,” said Santosh Khatelsal, the former managing director of Enerparc Energy, a Bangalore-based developer. “Manufacturers will prefer to set up smaller units so that there is higher capacity utilisation.”

With low scale come lower toplines and smaller R&D spends – making it harder for the country to leapfrog the Chinese in terms of technology. In contrast, exporting to the world, Chinese manufacturers run plants with as much as 18 GW of manufacturing capacity. If Indian units have to buy local, they will end up paying higher rates. “We might be 10-15% costlier, but given basic Customs duty, we will be competitive,” said Saluja.

There is another possibility. “In the next 12-18 months, the basic Customs duty on fully integrated modules will go up to 40%,” said Khatelsal. “For imported cells, this will go up by 25%. Once you add other taxes like GST, the increase will be close to 50% by the middle of 2022.” Domestic players, he said, might hike prices to match these rates.

Either way, solar cells and modules will cost more. Solar developers, in turn, will bid higher tariffs, driving up the cost of solar power. As for manufacturers, the Indian market already has a three-tiered architecture – big firms selling to ground installations; medium ones focusing on rooftop; and smaller ones, which mostly work in rural areas. The PLIs seeking to push integrated PV manufacturing will focus on the largest companies. No more than two or three firms will benefit from it, said Saluja.

Why are we doing this?

In a sense, an old game is playing out. The Indian government is re-apportioning subsidies.

In the absence of much-needed reform, India’s power sector continues to suffer from fundamental problems of viability, said IIT-Delhi professor Rohit Chandra. “DISCOMs are struggling with liquidity, and tariff revisions are infrequent and inadequate. As a result, most private players cannot rely on power-purchase agreements (PPAs) and power markets alone to stay profitable. “They have to rely on repeated injections of liquidity [from the government] through schemes like UDAY and entities like PFC.”

The outcomes are predictable. “The unpredictability of knowing where the next subsidy will come from leads to scale and sprawl,” said Chandra. “Large companies integrate vertically to make sure that wherever the subsidies kick in, they are one of the beneficiaries. As long as some arm of the Indian state is paying you or injecting liquidity, you can use it to keep the rest of your power business afloat.”

Like Renew Power. In May this year, it announced a foray into solar manufacturing.

But while the heavyweights expand and stay afloat, India’s ad hoc policy plays seem to be leaving smaller manufacturers and developers in the lurch.

This article is the third of a four-part series on India’s solar sector that was originally published on CarbonCopy.