Data shows across 17 major economies, including India, out of the $11.8 trillion global fiscal stimulus packages, around 30% will flow into sectors that have negative impacts on the environment. 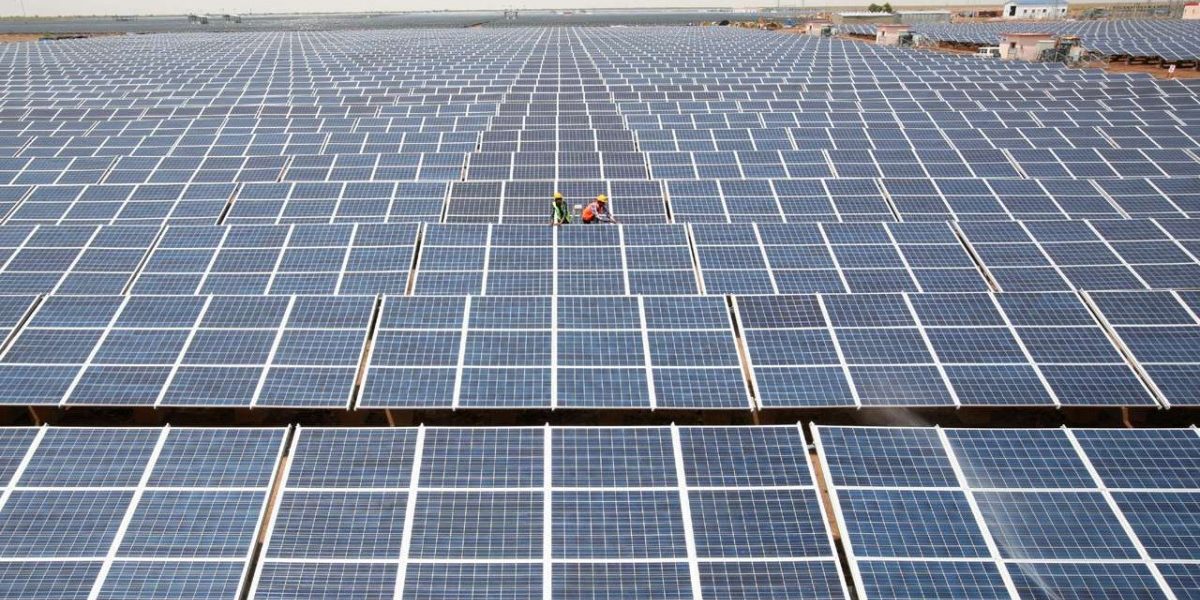 As the world grapples with the tragic health and economic consequences of COVID-19, governments have responded with a range of massive fiscal interventions. But while there is much talk of a ‘green recovery’, many governments are in fact prioritising environmentally unfriendly ‘brown’ stimulus measures.

The Indian government needs to build in green recovery-oriented measures to deal with the current crisis and more importantly to prevent the climate crisis from impacting people’s health and livelihoods.

As per the International Monetary Fund (IMF) fiscal monitor database, discretionary stimulus spending as a share of GDP varies across different countries. The US leads the pack with 12.3% of GDP, followed by Japan and Germany with shares of 11.3% and 9.4%, respectively. India has a significantly lower share, amounting to 1.2% of GDP. 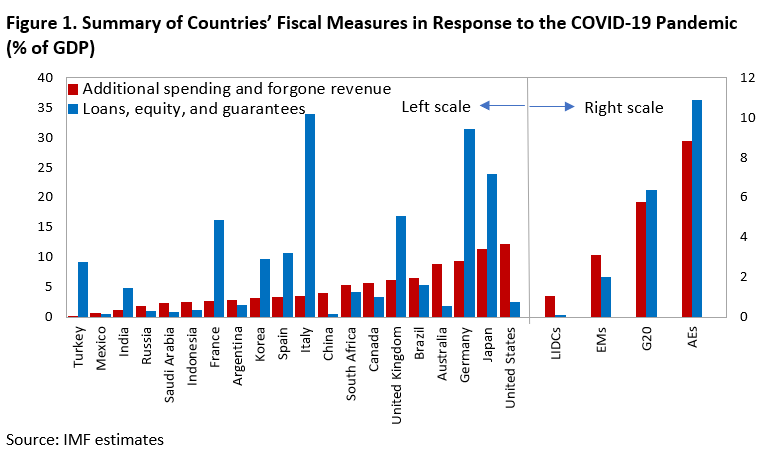 With such large-scale government investment, there is a need to focus spending on plans that cut greenhouse gas emissions as well as boost the economy. The COVID-19 pandemic has amplified the call for stronger climate action to prevent the next human crisis.

So, how much of the fiscal stimulus is going towards a green recovery? According to the Rhodium Group’s analysis of the IMF data, 20.2% of the European Union’s stimulus is focused on green, climate-related priorities, compared to only 1.1% of the US stimulus. India is spending just 2.4% of its stimulus on green energy.

Data by Vivid Economics reveals that across 17 major economies, out of the $11.8 trillion global fiscal stimulus packages, around 30% (amounting to $3.5 trillion) will flow into sectors that have intensive impacts on the environment – whether on climate change, biodiversity or local pollution.

Are countries doing enough to accelerate clean energy transitions? A glance at Vivid Economics’ Green Stimulus Index, which assesses the environmental orientation of stimulus funding in various countries, reveals recovery spending will have a net negative environmental impact in most of the countries. This is driven by the underlying policies supporting different fuels and energy types in the pre-COVID world. As per the energy policy tracker by the International Institute for Sustainable Development (IISD) and other organisations, as of October 28, G20 countries had committed at least $403 billion to supporting different energy types through new or amended policies, of which $216 billion is supporting fossil fuel energy compared to $146 billion supporting clean energy.

According to the tracker, India has committed at least $23.3 billion to supporting different energy types, with $9.86 billion towards supporting fossil fuel energy ($2.12 billion to oil and gas and $7.74 billion to coal). Further, $12.1 billion support is provided to electricity distribution companies for making payments owed to generators. The only identified and quantified support for clean energy is $1.3 billion, meagre in comparison to the funds allocated to fossil energy, which is for the supply of nine hours of free solar power to farmers by the Andhra Pradesh state government.

The disparity in support between fossil and clean energy is particularly jarring given that renewables continue to outperform fossil fuels on a cost basis – historically low renewable energy tariffs have been discovered in auctions in 2020, and global capital markets are rapidly moving away from fossil fuels, as their share prices hit new decade lows.

If India is going to back energy production, why invest in technology that is not only polluting but also less competitive?

Also read: Is India’s First Round-the-Clock Renewable Energy Contract Really What It Claims to Be?

Much of the global stimulus is going to industries and energy types with negative environmental impacts. Instead of taking the opportunity to shift to clean energy, most countries are focusing COVID-19 economic recovery measures on sectors that contribute to environmental degradation.

Fatih Birol, executive director of the International Energy Agency (IEA), has urged countries to put clean energy at the heart of stimulus plans. Support measures, while protecting people and helping industries to cope with the coronavirus crisis, must also combine environmental measures, he has said.

And some countries are stepping up by implementing packages in which measures designed to support a green recovery make up a large proportion of their overall fiscal stimulus.

Germany’s stimulus – which Chancellor Angela Merkel described as a “package for the future” – in June 2020 amounting to $45 billion was the first to provide substantial support to green measures. These included funding for green infrastructure and research and development (R&D), particularly in the energy and transport sectors, as well as some support for green agriculture and industry.

The ‘Next Generation EU’ recovery package amounting to $830 billion is the most environmentally friendly stimulus package to date. Around 30% of this fund will be directed towards green initiatives such as reducing dependence on fossil fuels, enhancing energy efficiency and investing in preserving and restoring natural capital. In addition, all recovery loans and grants to member states will be attached to “do no harm” environmental safeguards.

The UK’s stimulus is a mixed bag with substantial support for green initiatives but also relaxing some environmental regulations and providing support to polluters. The UK government has provided support to wind energy and $3.8 billion for energy efficiency improvements. In addition, there are small measures to support innovative R&D and contributions to the Green Jobs Challenge Fund.

France is the most successful at attaching green conditions to bailouts, introducing two major environmental conditions: the reduction of emissions by 50% and a minimum standard of 2% renewable fuel by 2030. The minister of transport recently stated that €2 billion of France’s €100 billion stimulus package will be blocked for clean cars, focused on electric and hybrid vehicles.

In July 2020, South Korea announced its ‘Green New Deal’ amounting to $130 billion, which will support a variety of green projects and jobs over the next five years. It will include initiatives like renewable energy, electric and hydrogen vehicles, and energy efficiency in buildings.

Also read: As Lockdown Hits India’s Renewables Target, How Will Government Bounce Back?

To tackle the economic slowdown and loss of jobs, the government is emphasising the need for India to become a self-reliant economy (Atmanirbhar Bharat). In order to meet its twin objectives of fueling economic growth and promoting domestic manufacturing, the government provides fiscal stimulus to clean energy including renewable energy, storage technologies and electric vehicles.

Other countries’ stimulus packages show that there are two paths to follow, and the future lies on the one less well travelled – that is, accelerating investments in clean energy. With this, the government can increase its revenue by expanding the manufacturing base for clean energy alternatives that will be in increasing demand internationally. This will also provide jobs growth in a sector that is more environmentally friendly and will not negatively impact the health of the people working in these areas.

At the same time, the government needs to accelerate the phasing out of inefficient older coal plants. Further, government needs to adhere to the 2022 timeline for adoption of environmental norms by the thermal power plants as they are one of the biggest contributors to local air pollution. UN Secretary General Antonio Guterres also emphasised that India needs to stop supporting fossil fuels and instead reap the benefits of renewable power.

India should kick-start a truly green future by embarking upon a green-oriented recovery, as Germany and France have done. In the coming months, the government is expected to announce recovery packages – a ‘green’ stimulus should be front and centre.