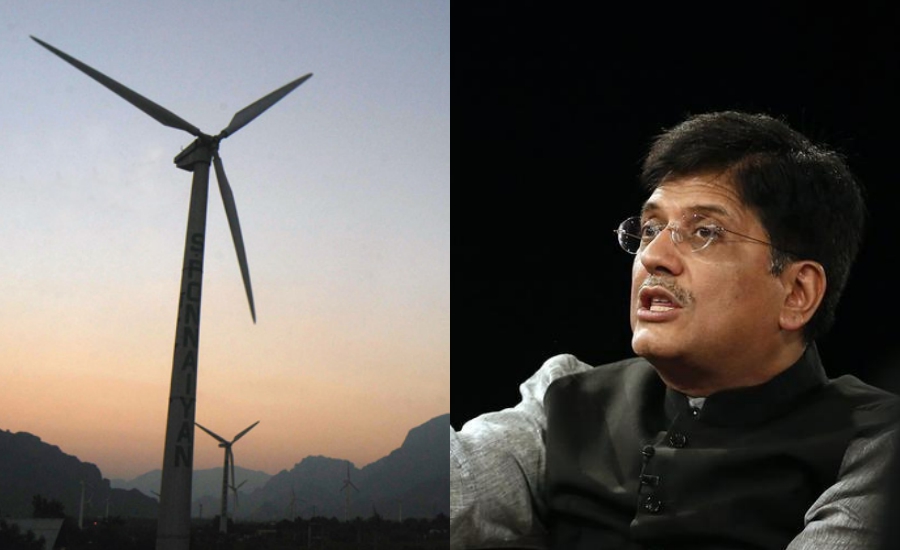 While a substantial chunk of the loans that have gone bad in the last three years may have been given out before 2014, the task of ensuring more stringent due diligence measures should have fallen to Piyush Goyal. Credit: PTI, Reuters

New Delhi: Defending the Indian Renewable Energy Development Agency’s (IREDA) grant of a Rs 10.35 crore loan to BJP president Amit Shah’s son, railway minister Piyush Goyal recently stated that the financing agency had lent money to about 2,000 applicants “in the past one year or so”.

While this growth in lending may be commendable, a close look at IREDA’s balance sheets reveals that the state-owned lender’s bad loans more than doubled between March 2013 and March 2016, raising questions about the organisation’s due diligence measures.

IREDA, a dedicated lender to renewable power projects, comes under the administrative control of the Ministry of New and Renewable Energy (MNRE). Goyal held the MNRE portfolio when the IREDA loan was approved to Jay Shah in March 2016.

It is also clear from the company’s annual reports for 2015-2016 and 2016-17 that there was no independent director on the IREDA board when the loan was sanctioned to Jay Shah in March 2016. This means that at the time the company was in violation of corporate governance norms as stipulated in the Companies Act 2013.

The status of Shah’s windmill project in Ratlam, Madhya Pradesh is not known. According to his lawyer, he still owes IREDA Rs 8.52 crore in terms of principal and interest but the loan is being properly serviced:

“The loan taken from IREDA for setting up a 2.1 MW wind energy plant is based on the equipment prices prevailing at that point of time as per industry standards (approx Rs.14.3 crores) and duly appraised and sanctioned in the normal course of business. The outstanding loan as on 30-06-2017 is Rs.8.52 crore and interest and repayment of loan are regular.”

This isn’t the first time IREDA has come under the scanner for giving a politically-connected loan. In a 2015 audit report, the Comptroller and Auditor-General (CAG) named Nitin Gadkari, currently surface transport minister in the Modi government, as one of the “promoters and/or directors” of Purti Sakhar Karkhana Ltd., a company that it said was given a loan of Rs. 84.12 crore by IREDA in violation of guidelines. “… IREDA could recover only Rs. 71.35 crore out of Rs. 84.12 crore recoverable from the borrower, resulting in a sacrifice of Rs. 12.77 crore,” the report said.

The contentions of the management of Purti for doing so were untenable, the national auditor’s report added. Purti, however, claimed that it never defaulted on the loan and that Gadkari was “never involved” in the company’s day-to-day operations.

IREDA is not alone in terms of accumulating NPAs. It is a similar picture when one considers the Power Finance Corporation (PFC) and Rural Electrification Corporation (REC). Both entities have seen a sharp rise in their bad loans over the past three years.

The national auditor has slammed both power sector lenders in a recent audit report for not complying with internal guidelines and the Reserve Bank’s prudential norms in sanctioning loans to private power project developers.

Together, REC and PFC had Rs 11,762 crore in NPA at the end of March 2016, of which Rs 10,360 crore (or 86%) was recognised during the last three years. Significantly, the Narendra Modi government took office in the last week of May 2014 and therefore, accountability for a major part of this state of affairs squarely lies at Goyal’s doorstep as he was also power minister.

Considering that REC and PFC had disbursed Rs 47,706 crore to IPPs during the same period, the NPA generation works out to a significant 21.72% of the amount disbursed between 2013-14 and 2015-16, the CAG observed in its audit report titled, “Loans to Independent Power Producers by Rural Electrification Corporation and Power Finance Corporation”.

The national auditor observed that REC and PFC estimated a higher tariff at the time of appraisal of loan proposals which resulted in sanction of loans worth Rs 8,662 crore in six cases where the levelised generation cost was higher than the actual levelised tariff. In other words, viability of these projects was doubtful right from the beginning.

As per CAG’s findings, nine projects had to be restructured several times, leading to increase in interest during construction by Rs 13,312 crore in six and NPA of Rs 3,038 crore in three loan cases.

The credit-worthiness of the contractors and their ability to fulfil contractual obligations was not appraised by REC and PFC, it observed.The CAG also found that Rs 2,457 crore worth of loans was diverted by the borrowers in five cases. Moreover, both REC and PFC solely relied on auditors’ certificate to confirm end use of the funds, despite specific RBI guidelines advising financing agencies to strengthen their internal controls and credit risk management system to enhance the quality of their loan portfolio.

Not only that, REC and PFC relaxed the pre-disbursement conditions from time to time. Subsequent disbursals were often made to save the funds already released, further relaxing the conditions and extending the timelines, the CAG observed.

It also found that REC and PFC sanctioned additional loans for meeting cost overruns in several cases by relaxing conditions of internal prudential norms, which prescribe that the promoters and borrowers should not have defaulted on existing loans with any financial institution (including REC and PFC) and the core promoter should not have loss or cash loss or accumulated loss in its financial statements during the past three years.