As Investor Sentiment in India's Power Sector Lags, Modi Likely to Opt for Change in Narrative

At a recent top-level meeting, it was mooted that a change in the 'power surplus' narrative would help in tackling India's abnormally low capacity utilisation levels.

A worker is silhouetted against the setting sun while installing an overhead electric cable pole on the banks of river Ganges in Allahabad December 26, 2014. Credit: Reuters/Jitendra Prakash/Files 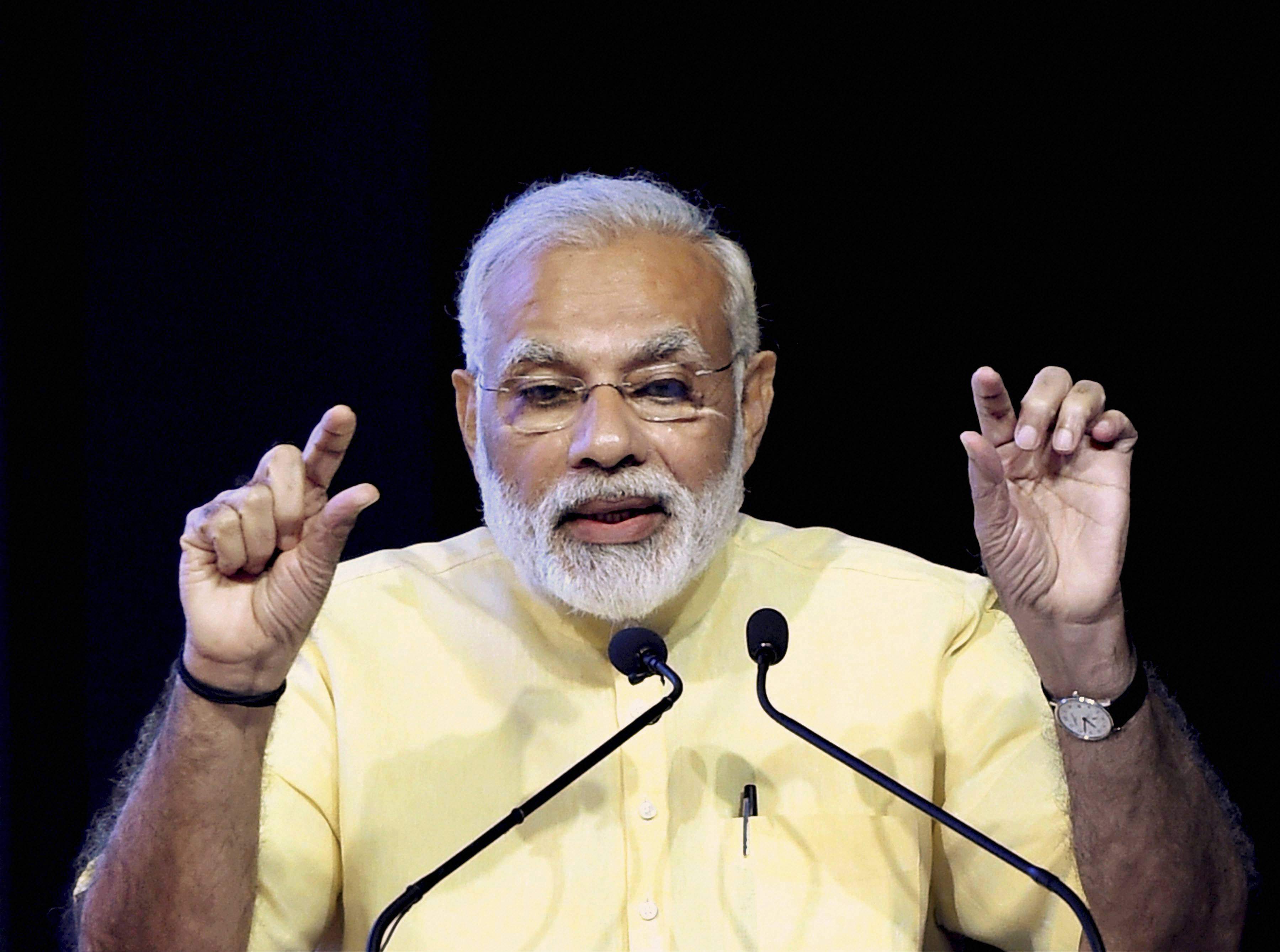 New Delhi: With Piyush Goyal out of the Shram Shakti Bhawan, the Narendra Modi government is looking to change power sector narrative from ‘surplus electricity’ to ‘consumption growth’.

The Centre has apparently been forced to consider course correction given the approaching promised 2019 deadline of “Power for All”.

Government sources told The Wire that the prime minister might soon hold a brainstorming session with newly-appointed power minister R.K. Singh and senior officials of the ministry, central electricity authority and chiefs of public and private sector utilities. The objective is to boost investor sentiment relating to the industry.

Sources further said that the prime minister’s principal secretary Nripendra Misra recently held a meeting with former power secretary R.V. Shahi to solicit his views on how to revive investors’ sagging confidence in the sector. A key suggestion made by Shahi was that the narrative has to change from ‘India is power surplus’ to ‘Our electricity consumption is low and we have a long way to go to catch up with industrialised economies’.

Shahi’s suggestion is in stark contrast to Goyal’s usual refrain that India has become power surplus during the NDA regime. The former power minister’s euphoric mood contrasted with the sense of gloom among private generators battling with abnormally low capacity utilisation levels.

Sources said Shahi also informed Misra that of India’s 3.35 lakh MW installed generation capacity, only 1.5 lakh MW is being utilised. The rest is idling away.

Per capita power consumption in 2014: Comparison with other BRICS countries

India saw an anaemic growth of 4.72% in generation during 2016-17, the lowest in four years, as manufacturing sector stalled. Industry accounts for over 40% of India’s total power consumption and therefore, weak industrial growth adversely affected electricity demand. It was weak demand that led to shrinking power shortages in recent years and not robust generation as was the impression conveyed by Goyal’s public statements.

The Modi government announced the UDAY scheme in November 2015 to reduce debt burden and improve cash flows of power discoms so that they could ramp up power purchases and meet actual electricity demand. More than 22 states and Union territories have signed up for the scheme which is meant to find a permanent solution to financial mess in the sector.

Under the scheme, participating states and Union territories have taken three-fourths of their discoms’ debt burden on their own balance sheets, which has led to a bulge in their respective fiscal deficits. However, the scheme has failed to make much impact on the ground, with discoms continuing to resort to large-scale load shedding. 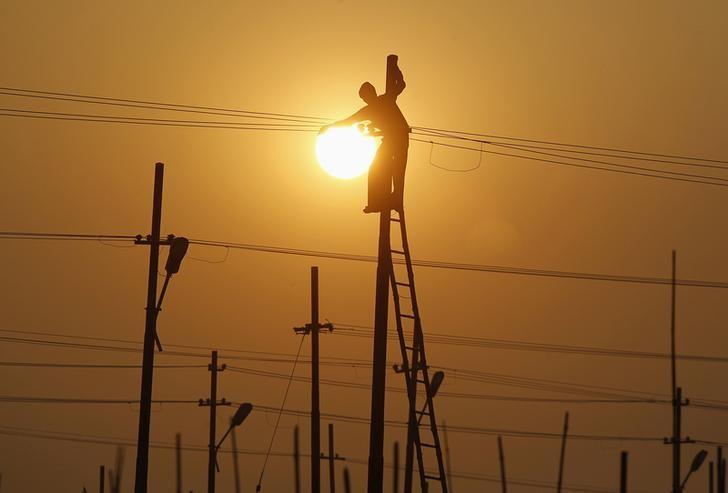 A worker is silhouetted against the setting sun while installing an overhead electric cable pole on the banks of river Ganga in Allahabad. Credit: Reuters/Jitendra Prakash/Files

Due to weak electricity demand, private power plants are running at just half their installed capacities as reflected in their low plant load factor (PLF) level. As much as 40,000 MW private generation capacity is struggling to remain commercially viable and another 20,000 MW capacity currently under construction could also meet the same fate if electricity demand does not pick up, industry players said.

Despite discoms’ unending financial woes, there is hardly any change in states’ fiscal behaviour toward the power sector. They continue to provide free power to politically crucial constituencies like farmers while going slow on tariff hike for households for fear of backlash. A big part of the revenue gap is being met by charging higher tariff to industrial and commercial consumers.

Significantly, power distribution is the only segment that generates for the entire industry. The growing hopelessness about states learning lessons from discoms’ recurrent financial crisis is taking its toll on investors’ sentiments. If the situation does not turn around soon, investments into generation and transmission could dry up too, said power sector experts.

It is not surprising that the issue of widespread load shedding by discoms also cropped up during Misra’s recent meeting with Shahi.
With states refusing to bite the bullet on power tariff reform, wholesale privatisation of discoms is the only option left before the Centre to insulate power distribution from political interference and restore its viability, feel power sector experts.

With BJP ruling in most states, it is the right time for the Centre to take initiative on this issue, say analysts. But the moot question is, can Modi persuade BJP chief ministers to let go of discoms?