India’s Solar Panel Dispute: A Need To Look Within

While the WTO decision on India's solar programme may have been a hit to the 'Make in India' campaign, our arguments surrounding the domestic content requirements aspect simply didn't make the cut. 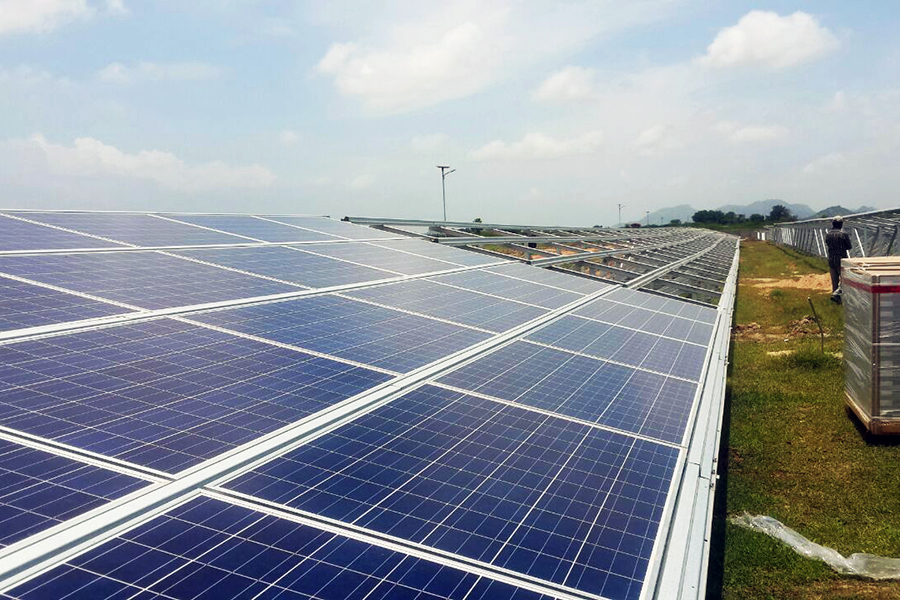 The ‘Make in India’ initiative took a new hit when the World Trade Organization (WTO) dispute settlement panel ruled that India cannot discriminate between foreign and domestic suppliers of components for solar panels used by solar power developers in India. A closer look at the case reveals that we are not allowed to discriminate. That being the case, what’s the way forward?

Outcome of the decision

On February 24, a panel of the WTO found that India’s domestic content requirements (DCR) under the Jawaharlal Nehru National Solar Mission (JNNSM) violates its commitments under the global trading rules, specifically the General Agreement on Tariffs and Trade (GATT) and the Agreement on Trade Related Investment Measures (TRIMs).

The JNNSM was launched by the government in 2010 in order to “establish India as a global leader in solar energy, by creating the policy conditions for its diffusion across the country as quickly as possible”. In order to boost the capacity of indigenous industries, the government mandated the solar power developers to use cells and modules manufactured in India in different phases of the project and the government would, in turn, buy the electricity thus produced at a fixed rate for 25 years.

India argued that the measure was exempted from the scrutiny under the WTO agreements because the government ultimately procured the electricity so produced and thus be treated as government procurement. However, the WTO panel, relying on earlier cases, held that the product procured was electricity, whereas, the product discriminated against was the inputs used to produce electricity and hence the exception did not apply.

India also sought to justify the DCR under the general exceptions provision of the GATT, specifically claiming that the measure was justified as it was necessary to secure compliance with international environmental laws or regulations, specifically its commitments under the United Nations Framework Convention on Climate Change (UNFCCC) and also because solar panels were in ‘general or local short supply’.

Both arguments were rejected by the WTO panel, which stated that international environmental obligations imposed no binding commitments on nations and thus they were not ‘laws or regulations’ that had to be complied with. It also found, and India acknowledged, that that the cumulative supply of both foreign and domestic cells and modules was sufficient to meet the demand of power developers.

Unjustified criticisms against the WTO

The WTO panel’s findings have been heavily criticised by environmentalists, arguing that the decision undermines the commitments and achievements of the 2015 Paris Climate Summit. The criticisms are not entirely justified and it is thereby important to understand the scope of the exceptions under Article XX of the GATT.

A country may impose trade-distorting measures — which can discriminate between similar domestic and imported goods or treat imported goods from two countries differently — so long as the measure does not constitute an ‘arbitrary’ or ‘unjustified discrimination’ or a ‘disguised restriction on trade’ and falls in one of the specific clauses under Article XX like protection of plant and human life, conservation of natural resources or to meet shortage of supply.

Accordingly, under the defences that India put forth, it had to satisfy the test of ‘necessity’ and ‘essentiality’ of its measures. It is noteworthy that the standard under Article XX is rather stringent and involves an assessment of the importance of societal interests and values that a measure is intended to protect, the extent to which the challenged measure contributes to the realisation of the ends pursued and the trade-impact of the measure and whether an alternate was available. This has been clarified in many trade disputes, which were adjudicated by WTO panels and the Appellate Body.

Even if India were to argue that the measures were necessary to protect human and animal life, it would have been difficult to show that the DCR was the least trade restrictive alternative to achieve the goal of clean energy. Therefore, it is not that the WTO panel undermined the importance of producing clean energy but it only required a level playing field amongst all input manufacturers.

There are two policy goals that India is seeking to achieve. One is to promote the ‘Make in India’ initiative and to become self-sufficient in manufacturing high technology products. The other is to generate green energy at a lower cost to meet its growing demands.

In this context it is important to remember that the government has recently launched the ‘International Solar Alliance’ with the objective of creating “a collaborative platform for increased deployment of solar energy technologies to enhance energy security & sustainable development; improve access to energy and opportunities for better livelihoods in rural and remote areas and to increase the standard of living.”

In the light of these two goals, India needs to reassess its policies and incentives. First, India must discontinue the DCR measures that violate international trading rules. Instead, to give fillip to the Make in India initiative, India should look to incentivise production of such products in manners which are WTO compatible like giving direct subsidies to domestic manufacturers, tax breaks, ensuring a strong line of long term credit at low rates, collaborating with global leaders to enhance domestic research and development.

Second, to meet the increasing demand for clean energy, India must deeply engage with international partners and get the best available technology at internationally competitive rates. Collaborative research and development projects would help in reducing the cost of energy and increasing efficiency in the long run. At this stage, due to the underdeveloped Indian industry, it would be more efficient, to import the technology, while taking efforts to enhance domestic capabilities.

A combination of these measures will lead to greater self-sufficiency and increased capacity in solar energy production.