Indian refiners must pay for their crude in dollars and the soaring import costs are becoming a headache for Prime Minister Narendra Modi's government ahead of general elections next year. 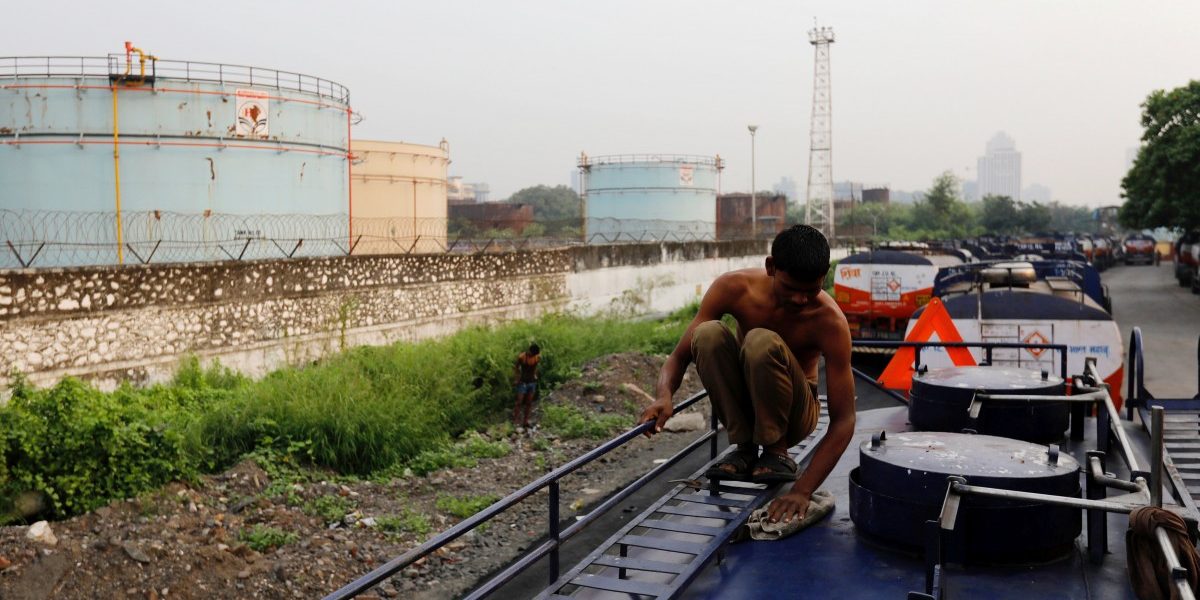 The decision to cut imports illustrates that rising crude prices and emerging market currency weakness may start causing oil demand to decline in a number of markets that have so far seen healthy crude consumption.

Benchmark Brent crude oil prices climbed to over $80 per barrel on Thursday, capping a nearly 30% gain from their low for the year on February 13. However, in rupee terms, the oil price has gained 46% since then as the Indian currency has plunged to a record low against the dollar.

Indian refiners must pay for their crude in dollars and the soaring import costs are becoming a headache for Prime Minister Narendra Modi’s government ahead of general elections next year.

Indian refinery officials met on September 15 in Mumbai to discuss options for dealing with the rising oil prices which have been exacerbated by the declining rupee, said the two sources who attended the meeting.

“One of the immediate steps that the refiners are considering is to reduce crude purchases for a short time and reduce our inventory,” said one of the sources, who declined to be named as the meeting was confidential.

India imports more than 80% of its oil needs. The country imported 4.4 million barrels per day (bpd) oil in August, costing about $12 billion, according to government data.

“State refiners normally maintain up to a month-long inventory which includes crude in the storage, pipeline and in transit to India. Reducing inventory will help to reduce the costly imports and thereby reduce the demand for dollars,” said R.K. Singh, a former chairman of Bharat Petroleum Corp (BPCL).

“The whole process of reducing the inventory has to be done in a coordinated manner among the refiners to ensure that there are adequate supplies of the product in the market to meet the local demand,” he said.

India’s crude inventory levels are not made public.

Using up crude inventories could save Indian refiners short-term import costs but poses the risk that if prices do not ease later on the companies will have to import more later at higher prices.

Despite this, the Indian government supports the plan, the sources said.

Former BPCL chairman Singh said state refiners had resorted to this strategy in the past.

In 2013, BPCL halved its crude inventories to an average of 15 days of supply for its operations, when the rupee declined to below 68 to the dollar and oil prices were over $100 per barrel, he said.

Unplanned disruptions from Venezuela to Libya and Nigeria have further tightened the market just as global demand approaches 100 million bpd for the first time.

With US sanctions against Iran, the third-largest producer in OPEC, looming from November, J.P. Morgan said in its latest market outlook that “a spike to $90 per barrel is likely” for oil prices in the coming months.

J.P. Morgan said it expects Brent to average $85 per barrel, respectively, over the next six months, up from around $80 now.