The supply cuts come months after India's most crippling coal shortage in the recent years led to power cuts lasting upto 14 hours in some states. 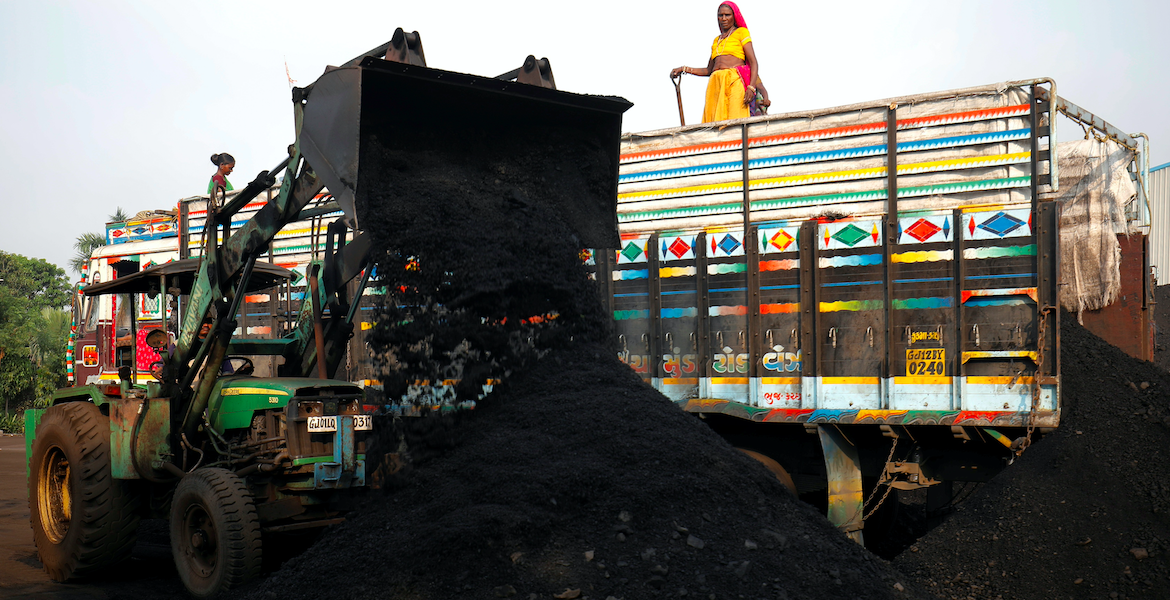 Workers unload coal from a supply truck at a yard on the outskirts of Ahmedabad, India October 12, 2021. Photo: Reuters/Amit Dave

New Delhi: India has cut coal supplies to the non-power sector and put on hold plans to increase the number of fuel auctions for utilities due to a slump in inventories at state government-owned utilities even as demand for electricity surges.

The supply cuts come months after India’s most crippling coal shortage in the recent years led to power cuts lasting upto 14 hours in some states. The onset of summer has added to worries about power supply shortages in the country.

State-run Coal India, which accounts for more than 80% of domestic output, has slashed supplies to the non-power sector – which includes aluminium smelter and steel mills – to 275,000 tonnes a day, according to an internal note reviewed by Reuters, 18.3% lower than February and 29.8% lower than March 2021.

The federal coal ministry has also put on hold a plan to conduct three coal auctions for utilities over the next three months and will organise one auction for the quarter instead, saying the methodology to conduct three auctions was “under process”.

South Eastern Coalfields, a unit of Coal India, has extended the due date for payment for auctions conducted on March 11, thereby delaying supply, and also cancelled another auction scheduled for March 21, according to notices on its website.

Production and dispatch by Coal India typically drops from April and tapers further from June until September due to the annual monsoon season that curbs output in some areas.

Coal inventories at state government-owned utilities, which account for a third of all coal-fired plants in the country, have slipped to 22% of mandated quantity, government data shows. Inventory levels below 25% are considered “critical.”

The federal coal ministry and Coal India did not immediately respond to a request for comment on Wednesday.

The government, however, said on Saturday that it had been “taking steps to ensure adequate coal supply”.

“It is requested that necessary action may be taken to import coal for blending purpose based on demand assessment to deal with shortfall of coal,” the government said.