India’s power demand grew at 1.1% in 2019, data from the Central Electricity Authority showed, the slowest pace of growth since a 1% uptick seen in 2013. 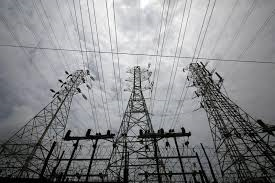 Chennai: India’s annual electricity demand in 2019 grew at its slowest pace in six years with December marking a fifth straight month of decline, government data showed, amid a broader economic slowdown that led to a drop in sales of everything from cars to cookies and also to factories cutting jobs.

Electricity demand is seen as an important indicator of industrial output in the country and a sustained decline could mean a further slowdown in the economy.

India’s power demand grew at 1.1% in 2019, data from the Central Electricity Authority showed, the slowest pace of growth since a 1% uptick seen in 2013. The power demand growth slowdown in 2013 was preceded by three strong years of consumption growth of 8% or more.

In December, the country’s power demand fell 0.5% from the year-earlier period, representing the fifth straight month of decline, compared with a 4.3% fall in November.

But in Maharashtra and Gujarat, two of India’s most industrialised provinces, monthly demand increased.

In October, power demand had fallen 13.2% from a year earlier, its steepest monthly decline in more than 12 years, as a slowdown in Asia’s third-largest economy deepened.

Industry accounts for more than two-fifths of India’s annual electricity consumption, while homes account for nearly a fourth and agriculture more than a sixth.

The slower demand growth is a blow for many debt-laden power producers, who are facing financial stress and are owed over $11 billion by state-run distribution companies.

The government has estimated growth in the current financial year that runs through to March will be the slowest since the 2008 global crisis.

“This reflects overall economic slowdown, because if you look at other high frequency data like diesel consumption, everywhere you are seeing contraction,” Rupa Rege Nitsure, chief economist at L&T Financial Holdings.

But India’s central bank will not have much scope to cut rates to stimulate the economy because inflation has been rising sharply and reached 7.35% in December compared with 1.97% in January last year.

Economists say India’s growth will continue to hover around 4.5% levels in the October-December quarter.

“In the October-December quarter as well growth (GDP) will be around the same level as July-September. My estimate for the full year is around 4.7% growth,” Nitsure said.