The relaxations to facilitate mining are open challenges to both sustainability and inclusiveness. In 2015 the Ministry of Coal presented a proposal before the EAC to allow for a blanket exemption to the rule of having to conduct public hearings in cases where there was a capacity enhancement of up to 50%. Photo: Rupak De Chowdhuri/Reuters

If one goes by government records of coal extraction in India, a slowdown appears to be a far stretch with coal Coal India Limited (CIL) recording an all time highest production of coal in 2018-19.

In a 2012 Parliamentary Standing Committee Report on Steps Taken by various Sectors of the Indian Economy to Control Pollution, the Ministry of Coal (MoC) had pointed out that one of major constraints in meeting production targets was the result of slow processes of grant of environmental and forest clearances.

In 2013, the MoC had written to the Cabinet Committee on Investments (CCI) for streamlining the various clearances given by the Ministry of Environment, Forests and Climate Change (MoEFCC) to coal mining projects. Consequently, the MoC and the MoEFCC were asked to figure out a manner in which to reduce the time taken to give clearances for coal mining projects.

In this backdrop, it is not surprising that the MoEFCC has rolled out a series of amendments to the Environmental Impact Assessment (EIA) Notification relaxing the requirements for Environment Clearances (ECs) and public hearings related to coal mining projects in order to streamline and expedite the process of granting such clearances.

Relaxations in the environmental appraisal system

Before initiating any on-ground activity related to coal extraction it is mandatory for the project proponent to apply for an EC as per the EIA Notification of 2006. Coal mines which are above 150 hectares are Category A projects, and appraised at the Central level by the Expert Appraisal Committee (EAC) of the MoEFCC and those below 150 hectares are Category B projects, and appraised at the State level by the State Expert Appraisal Committee (SEAC).

Based on the recommendations of the EAC or SEAC, a conditional approval letter is issued to projects along with a list of mandated environmental safeguards. The validity of these approvals is 30 years.

However, project proponents do not treat this as a one-time approval. More often than not, mine operators seek multiple approvals for expansion. This is to either to draw more coal from the same mine lease area or to bring additional land area under a mining project.

The requirement of having a public hearing is of paramount importance in case of expansions since it shows how seriously the environmental safeguards have been adhered to. Photo: Reuters/Stringer

Both kinds of expansions have additional impacts on the land, air and water environment of the region, since a higher amount of coal is sought to be extracted. Dust pollution will increase as the extraction of more coal would require more excavation,  blasting and transportation, thereby increasing the overall pollution load on the area. While approval letters list out safeguards to manage all of these, there is evidence to show that the compliance with these requirements is usually extremely low.

As per the EIA Notification of 2006, capacity expansions for all Category A coal mines were required to undergo the four-stage process prior to which an EC can be granted or rejected. This included the carrying out of detailed impact assessment studies, public consultations and an expert appraisal.

The requirement of having a public hearing is of paramount importance in case of expansions since it shows how seriously the environmental safeguards have been adhered to and also provides an opportunity to  the affected population to raise any pending issues that have been unresolved or appeared afresh, such as the non-compliance that the mine may have done in the past.

The MoC however was not satisfied and claimed that a 25% increase for coal mines with capacities less than 8 MTPA was inadequate as it hardly led to any increase in the production capacity. Thus, in January 2014, the MoEFCC allowed those projects which were 8 MTPA or less to avail for exemption from public hearings if they were to undergo an expansion of up to 50% (OM No. J-11015/30/2004.IA.II (M) dated 07.01.2014).

In 2015 the Ministry of Coal presented a proposal before the EAC to allow for a blanket exemption to the rule of having to conduct public hearings in cases where there was a capacity enhancement of up to 50%. In the 39th Meeting of the EAC on Coal Mining held on 16th and 17th July 2015, the EAC was reluctant to allow for such blanket exemptions. 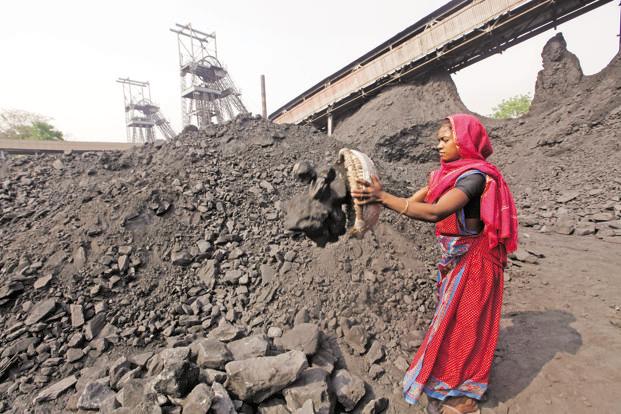 Consultations with local communities before expansions has almost been rendered unnecessary. Photo: Reuters

The EAC felt that the increase in production would affect the life of the mine and thereby affect livelihood of local communities and that the increase may also impact air quality, coal handling and transportation.  According to the July 2017 meeting minutes of the EAC, in February 2017, during a meeting between the Secretary of the MoC and the MoEFCC, the MoC had again urged the MoEFCC to allow for the exemption from public hearings for 50% capacity enhancements. As a result, the proposal again made its way before the EAC in July 2017.

When the EAC met in July 2017, the EAC revised its stand and allowed for public hearings to be exempted for capacity enhancements up to 40%, but while considering such proposals, the due diligence of the EAC would be based on factors such as the satisfactory compliance of EC conditions, air quality within prescribed limits and no increase in the mine lease area. The effect of these relaxations are now being borne by communities living around mining districts in the country.

Coal mines are increasingly making use of the relaxation in order to expand in a piece-meal manner.

Korba, the power-hub of India, located in Chhattisgarh, is home to several large Open Cast Mines (OCM) operated by SECL. Of the various mines operated by SECL in Korba, three of them stand out in terms of their production capacity, size and the speed in which they have expanded over the last few years.

The expansion stories for all three mines are quite similar. Kusmunda OCM had originally applied for an expansion from 15 MTPA to 50 MTPA. The proposal had first come up in June 2015, but the EAC had deferred the proposal for want of additional information with respect to several issues raised in the public hearing and in representations sent in by NGOs.

Thereafter, the proposal came up before the EAC in July, August, October and November 2015. Each time, the proposal was deferred for want of additional studies on the impacts on air and water in the area.

Finally, when it came before the EAC in January 2016, based on the studies which had been required to be conducted, the EAC felt that the pollution control measures in place was adequate to allow for an expansion to 26 MTPA.

Thereafter, in February 2018 with the relaxation of July 2017 allowing for exemptions from public hearings for expansions up to 40% in place, a capacity expansion for Kusmunda from 26 MTPA to 50 MTPA came up before the EAC. Although the expansion sought for was more than 40%, which would require for a public hearing to take place, the EAC recommended that an expansion of up to 36 MTPA can be allowed.

Although the EAC “expressed its deep concern over the prevailing environmental settings and the status of statutory compliances” the clearance was allowed since there was a “pressing demand for the grant of environmental clearance to expansion project in national interest”.

The clearance given in February 2018 was valid only for a year however only for a year since it had been found that the compliance status of the EC conditions were far from satisfactory. Even before the validity of the EC expired, another expansion was sought by SECL for Kusmunda OCM. In October 2018, when the EAC deliberated on the matter, it noted that the project was still not in compliance with EC conditions and the matter was deferred. The EAC thus asked the RO to conduct another site inspection in December 2018, based on which a decision on the continuation of the EC would be made. The application was listed before the EAC again on 13th and 14th December 2018. Although the EAC was still not satisfied with the compliance of EC conditions, an expansion to 40 MTPA was allowed, again for a period of one year, for the same reason of non-compliance as before.

Also read: Environmental Issues Zoom out of Focus in the Budget

As the trend has been for the last few years, six months into being granted a capacity enhancement, SECL has again come forward with a proposal to expand Kusmunda OCM from 40 MTPA to 50 MTPA, which was heard in the EAC meeting on June 25th 2019.

Dipka and Gevra too have similarly increased their capacity in a piecemeal manner and are currently at 35 MTPA and 45 MTPA respectively. Along with Kumsunda, both Dipka and Gevra were on the agenda for the EAC meeting on June 25.

This time the EAC has deferred all three proposals. While Kusmunda was deferred for non-compliance with the earlier granted clearances, the ToR for Dipka was denied on technical grounds.

For Gevra though, the EAC was unable to find any rationale behind allowing for the expansion, particularly in light of the fact that the last public hearing had taken place almost 10 years ago and compliance status with earlier granted clearances was also quite poor.

Therefore, the EAC desired for the issuance of “a public notice through the State Pollution Control Board for information of stakeholders about the proposed expansion inviting comments”.

Table: Expansions carried out in OC Mines in Korba without conducting public hearings

A 2012 study commissioned by the Planning Commission had found that local consultations is a highly neglected subject in the mining industry. It went on to recommend that local stakeholders should be included at every stage of mining operations and not just at the commencement of the same.

Seven years since, the requirement for these consultations has only been further reduced. The relaxations which have been put in place for coal mines, act as a double edged blow to the whole appraisal process since it removes the requirement to carry out an EIA study and does not record any objections which the local communities might be facing as a result of mining operations.

A public hearing allows the affected people to have prior information about the project and take a meaningful decision regarding it. This is rooted in the principle of natural justice which necessitates the hearing of both sides before coming to a decision.

More so, development in today’s day and age is spoken in terms of sustainability and inclusiveness, both of which are absent in the relaxations put in place for coal mine expansions.