What Does the Article 370 Decision Mean For J&K's Already Troubled Ties With Water?

A large section of the Valley already considers itself cheated by the hydel power projects in the region.

Moving a proposal to abrogate the special status of Jammu and Kashmir, which was guaranteed under Article 370, the Union home minister Amit Shah argued that the move will strengthen democracy and lead to developments in the state.

The moment the bill was passed, those who supported the amendment termed the Article 370 a “historic blunder” or “blot”. They see it as the reason behind all the existing problems in Jammu and Kashmir. This same emotion was visible on almost all television channels, especially on Hindi ones, where anchor after anchor tested the “patriotism” of their guests on the basis of their opinions on the issue.

Those who supported Article 370, expressed the fear that its revocation might further alienate people in the Kashmir Valley.

Article 370 was incorporated in part XXI of the Indian constitution in October 1949. It had been titled “Temporary, Transitional and Special Provisions”.

There were three main arguments for not making it permanent. First, at that time the constituent assembly of Jammu and Kashmir had to take the final decision on its nature. However, it was dissolved before it could give its final approval to it. A section of scholars, however, say that the assembly decided to retain it.

Second, Gopalaswami Ayyangar, who drafted the article, felt for variety of reasons, that the situation in Jammu and Kashmir was not yet ripe for integration. A major reason he cited for this was that a large chunk of the state was under control of intruders.

Third, as also argued by Pakistani commentators, there were the United Nations Security Council resolutions of 1948 which called for a plebiscite in the region to ascertain the wishes of the people.

Despite the debate on the title, before it was abrogated, Article 370 was largely considered a “permanent” feature of the Indian constitution. This position of the article has been approved in past rulings of the Supreme Court, the Jammu and Kashmir high court and the Delhi high court.

Contrary to popular perception, Article 370 was never a tough obstruction in the way of the Union government’s will to use its powers in the state. According to legal and constitutional expert Faizan Mustafa, through a presidential order, an amendment was made to this article in 1954 and almost the entire constitution (including most constitutional amendments) were extended to the state.

Article 35A was also inserted at that time. Now, as Mustafa observes, 94 out of the 97 entries in the Union List are also applicable in Jammu and Kashmir; 260 out of the 395 articles of the constitution had been extended to the state, as had been seven out of the 12 schedules.

Crucially, this federal relationship is also visible in the existing Centre-state water relations in Jammu and Kashmir. 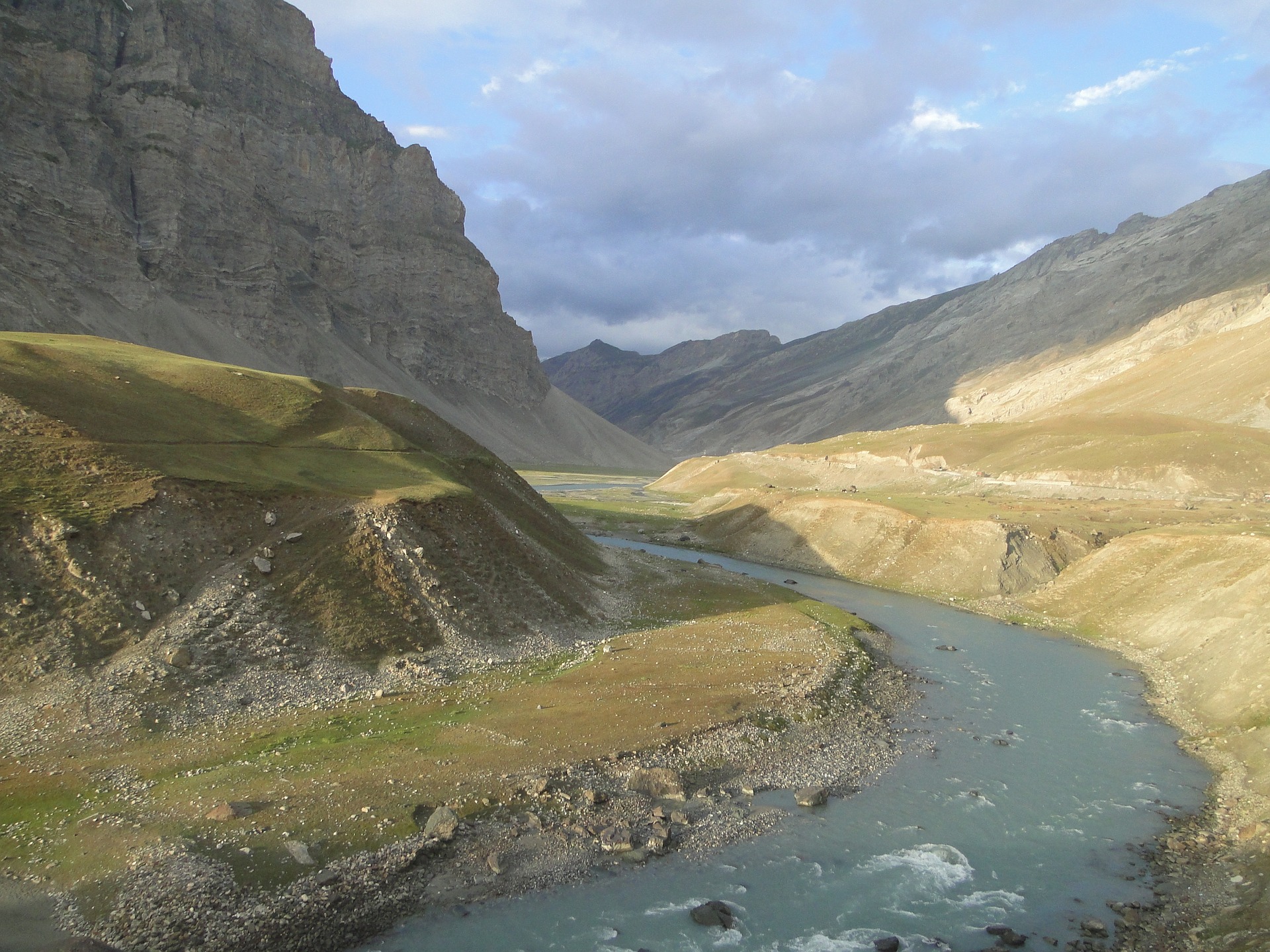 The Indus river in Kashmir, which lends its name to both the river system and the treaty. Photo: maxos_dim/pixabay

Because many of the trans-boundary rivers flow through Jammu and Kashmir to Pakistan, the state has been victim to several misadventures carried out by the Pakistani army and its intelligence agencies since 1947.

One of the prime objectives of the Pakistan army-backed invasion by a trained tribal guerrilla in 1947-1948 was to capture canals and hydraulic heads in the state. This attempt ended after Jawaharlal Nehru took the matter to the United Nations Security Council in January 1948. Tension on water sharing between the two countries, however, continued, mainly in Punjab.  To address such tensions, the two countries held a series of bilateral meetings from 1948 to 1951. These, however, did nothing to solve the situation.

After a visit to the contended Indus region, David E. Lilienthal published an article in the Colliers which attracted the attention of the global readers on the problem. To resolve the issue, the World Bank offered to mediate between the two countries. After negotiations which lasted years, in 1960, the Indus Water Treaty (IWT) was signed between India and Pakistan to divide the water from the shared rivers.

Also read: The Indus Treaty Has Stood the Test of Time. There’s No Need for Any Rethinking.

IWT divided the waters of the Indus River System (comprising Sutlej, Jhelum, Ravi, Chenab, Beas, and Indus rivers) between India and Pakistan. It was signed by Nehru without proper consultation of the people from Jammu and Kashmir or their leaders. Even today, several people from the region raise questions over the treaty. Some also accuse India of selling “their” waters to Pakistan.

The treat was, however, accepted by Jammu and Kashmir. The move was in sharp contrast with West Bengal where chief minister Mamata Banerjee has rejected an interim agreement on the waters of the Teesta, which the prime ministers of India and Bangladesh had signed in 2011. 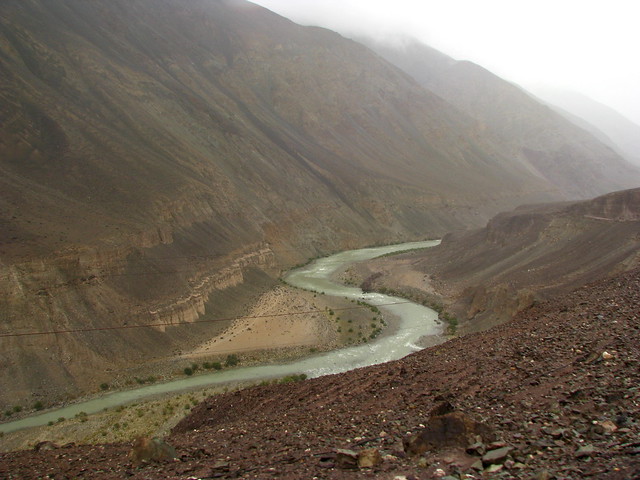 Jammu and Kashmir, with its strong rivers, has great potential for power generation. Photo: McKay Savage/Flickr (CC BY 2.0)

As a region rich in water, Jammu and Kashmir has tremendous potential to generate hydroelectricity.

The 2017 state Economic Survey estimated that out of about 20,000 megawatt (MW) of hydro power potential, about 16,475 MW has been identified.

At present most of the hydro energy projects in the region, like Salal, Uri, Dul Hasti, Sewa II, Uri II, and Kishanganga are operated by the National Hydro Power Corporation (NHPC), a government of India enterprise.

A large section of the people in the Valley are suspicious of the objectives of almost all these projects. Many see the NHPC as a body that exploits the Valley’s water resources to benefit others.

Over the years, as Iftikhar A. Drabu writes, the NHPC has earned the local sobriquet of the ‘new East India Company’. This negative perception exists even though, of the total energy produced, Jammu and Kashmir is entitled to get 12% of the power generated by Central hydro projects.

This suspicion is also why many in the Valley hold the NHPC responsible for power shortage and believe that the transfer of these projects to the Jammu and Kashmir State Power Development Corporation (SPDC) would end the energy shortage in the region.  However, even if they are given the resources, the Jammu and Kashmir SPDC will not be able to generate such a large amount of hydel power.

The NHPC’s projects at Bursar has also faced opposition by locals because of environmental concerns. People from the region have constituted the Pakal-Bursar Dam Committee for concerted protests against the Bursar project.

The Union government’s stand on Article 370 may alienate more Kashmiris and give them reasons to further suspect the objectives of the hydropower projects in the Valley.