The project will likely lock Bangladesh into an expensive, long-term and emissions-intensive source of electricity for decades to come. 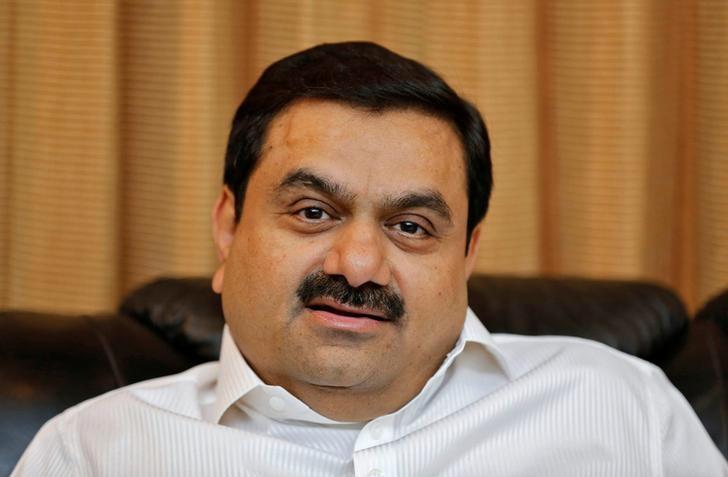 New Delhi: The Adani Group’s Godda power project in Jharkhand may be a “financially unviable prop” due to the high price of Australian coal that it plans to use and the fact that its electricity will be too expensive for Bangladesh – which intends to buy power from the project under a long-term contract – according to a new report by the Institute for Energy Economics and Financial Analysis (IEEFA), a well-known US-based energy research body.

The initial pact signed by the two sides apparently allows project developer Adani Power to pass on the full fuel cost to the electricity buyer (Bangladesh).

Significantly, Adani’s mega power plant in Mundra, Gujarat too has become unviable due to the high cost of imported coal. After the Supreme Court rejected compensatory tariff for the project last year, the plant’s enterprise value has fallen drastically, rendering the investment dud.

The Adani group plans to ship coal from its Australian mine to fire the 1,600 MW Godda project in Jharkhand, which is currently under implementation. According to the IEEFA report, the delivered cost of coal supply for the project is estimated at $90-100 a tonne, which is on the higher side for the Indian power market.

More crucially, the Godda power proposal appears to be an attempt by the Adani Group to prop up its struggling Carmichael coal project in Australia, while locking Bangladesh into an expensive, long-term and emissions-intensive source of electricity for decades to come, says the report.

It further states, “With Adani Power’s Mundra import coal-fired power plant financially unviable, Adani sees the Godda project as a way to provide an alternative destination for coal from the proposed Carmichael mine which has so far failed to secure any funding.”

As The Wire has extensively reported and documented, the company’s Carmichael coal mine has run into a number of controversies over the last two years and currently stands at risk of becoming a stranded asset as fierce debate over coal-based energy has limited the project’s financing options.

According to the report, the power purchase agreement signed by Adani Power for the Jharkhand plant in late 2017 is geared to assist Adani companies while locking Bangladesh into an expensive, long-term and emissions-intensive source of electricity for decades to come.

Bangladesh is a member of the ‘Vulnerable Twenty Group’ – a forum of nations most vulnerable to climate change.

Tim Buckley, co-author of the report, said that the proposal to import coal from Australia and then rail it 700 km into the state with the largest coal reserves in India simply makes any potential electricity being produced too expensive for Bangladeshi consumers.

“The logistics of the proposal can only work because the power purchase agreement allows Adani Power to pass the full cost of importing the coal onto Bangladesh” Buckley said. “The estimated Godda tariff of Rs 6.65/kWh (A$0.13/kWh) is far higher than Indian state-owned utility NTPC’s thermal power tariff of Rs 3.21/kWh (A$0.06/kWh).”

“It follows that the PPA is necessarily unfavourable for Bangladesh. The risk of high prices for imported coal and rail charges will not be borne be Adani, rather they will be passed through to Bangladesh.”

The report also points out that state-run NTPC recently won the bid to supply electricity to Bangladesh at a much lower price without specifying generation fuel, and that this is exactly the model that Bangladesh should follow.

Indeed, the Godda power project was first supposed to draw upon fuel from the nearby Jitpur coal block (which the Adani Group was allocated in early 2015). However, as the report points out, this proposal was later changed in 2016 to say that it would use imported coal brought in through Odisha’s Dhamra port, which is owned by the Adani Group’s port subsidiary.

“Adani Power is in clear financial distress with net debt of over $7 billion and its share price has fallen almost 80% to a near ten-year low – the company has given no indication of how they will secure funding for this proposal” Buckley said.

“Adani Power is not in any financial position to undertake a major new $2.1 billion greenfield project; the most likely outcome is that this power plant will never get off the ground,” the report has warned.

Now that the dire financial status of the Mundra coal-fired power plant has unraveled Adani’s “pit-to-plug” strategy, Adani is obviously keen to try and convince potential Carmichael investors that there are alternative destinations for Carmichael’s coal, says the report, noting that the Indian Association of Power Producers has stated that, at prices above $70/tonne, imported coal is unviable in India.

“The electricity supply agreement and proposed power project have been envisaged after due diligence and prudent planning in the large interest of our neighbours – the people of Bangladesh. The said report is based on certain assumptions and inferences, which are inconsistent with the factual aspects of this initiative between the two nations. Its authors/activists have not consulted us to check the facts.”

Note: This article was updated with the Adani Group’s response.