More Girls Studying, But 84% Drop Out After Graduation

The trend of more young men than women is evident at almost every level after high school, except M.Phil, post graduate and certificate courses, where female enrolment is slightly higher than male enrolment. 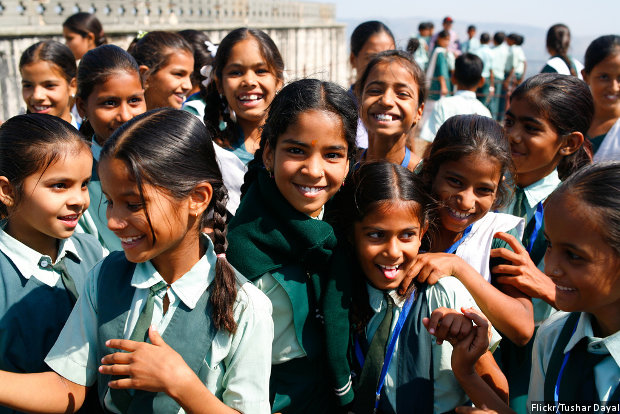 While more young women are enrolled in higher education than ever before – and apparently more successful in clearing 10th-standard board exams than young men – they are either marrying early or not finding or not looking for jobs, according to an IndiaSpend analysis of various data.

Almost 12 million women are enrolled in undergraduate courses, but few continue to professional courses; 600,000 women were enrolled for diploma courses in 2013, the latest year for which data are available. Even fewer women sign on for PhDs; only 40% of PhD candidates are female. In 2016, as we said, girls were more successful than boys in clearing 10th-standard exams of a national education board, a trend that has held over seven years. So, what happens to these girls after the board exams? The CBSE is one of many boards nationwide, but the trend of girls overtaking boys is probably being repeated elsewhere. What could be responsible for the trend reversing itself in higher education and young women not making it to the job market is the push to get married.

The enrolment in higher education has been estimated to be 33.3 million, of which 17.9 million were male and 15.4 million female in 2014-15, according to the All India Survey on Higher Education, released by the Ministry of Human Resource Development in 2015. Young women accounted for 46% of the total enrolment in higher education, an improvement from 44.3% in 2012-13. The trend of more young men than women is evident at almost every level after high school, except M.Phil, post graduate and certificate courses, where female enrolment is slightly higher than male enrolment. Post graduate courses have 49% males and 51% females, according to the data released by Ministry of Human Resource Development. Women tend to focus on the humanities, with 38% of all women enrolled in Bachelor of Arts courses, followed by science and commerce; 28% of men enrol for BA courses. When it comes bachelors of education, women (2.8%) once again outnumber men (1.8%). Up to 8% of all young men sign up for bachelor’s courses in engineering, nearly double of women (4.1%). There is a similar skew for male (9%) and female (4.5%) in bachelors in technology courses.

When the gender parity index – or GPI, the ratio of female students to male students – in higher education rises, it should lead to higher female labour force participation rates, typically measured as the share of women employed or seeking work as a share of the working-age female population.

In addition to raising labour input, the resulting human-capital accumulation should boost potential output, according to a 2015 study by the IMF. But the percentage of women in India’s workforce is declining, as IndiaSpend reported in March 2015.

As incomes rise, women’s labour force participation often falls, only to rise again when female education levels improve; consequently, the value of women in the labour market increases, the IMF study said. That is not happening in India.