In the top five positions – president, two vice-presidents, secretary, two joint secretaries and one treasurer – the winning panel got close to two-thirds of the total valid votes. 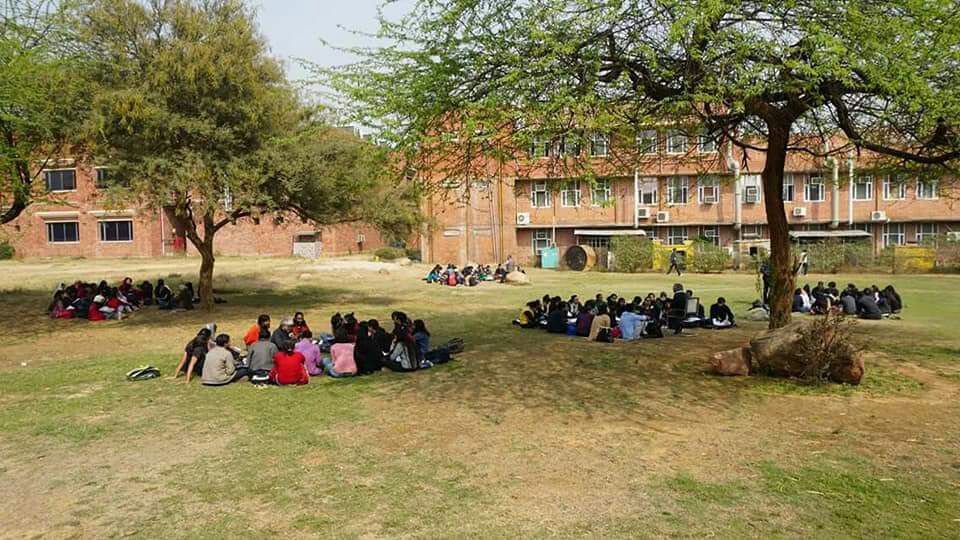 New Delhi: Elections to the Jawaharlal Nehru University Teachers’ Association (JNUTA) on November 1 saw the Left-leaning panel defeat the opposing group, considered to have the backing of vice-chancellor M. Jagadesh Kumar, comprehensively. This was the first time faculty members were seen to be in two clear different camps – one which has been opposing the VC’s “high-handed” decisions over the last few years, and another which openly supported the VC.

“Over the last few years, a majority of teachers and the administration have always been at loggerheads. This has never happened in this university. The JNUTA elections this year was fought on the issue of restoring the autonomy and dignity of teachers in the university,” said Avinash Kumar, who won the secretary position in the polls with an unprecedented margin.

The Left-leaning panel’s sweep supports the idea that a majority of faculty members in the university are opposed to the VC. Out of 593-odd teachers, 525 voted. In the top five positions – president, two vice-presidents, secretary, two joint secretaries and one treasurer – the winning panel got close to two-thirds of the total valid votes.

Eminent economist Atul Sood, who contested for the president, defeated his rival Milap Punia by 207 votes. Avinash Kumar, with 369 votes, secured the maximum votes in the panel for the secretary’s post.There was a contest in all major schools of the university for the first time. The team opposing the administration won all the six school representative seats with big margins.

Last year, the victory margin of this panel did not exceed 150 votes. The strong support the Left-leaning group of teachers received this year could indicate the growing unpopularity of the VC.

The Left sweep in the JNUTA polls comes on the heels of a bitter tussle between the two group of teachers. In August, 2018, the outgoing JNUTA organised a referendum on whether Jagadesh Kumar should continue as the head of the university or not. More than 90% of the teachers present at the referendum wanted the VC to be relieved of his office.

However, weeks later, 167 teachers, belonging to another group, wrote a letter to the Ministry of Human Resource Development supporting the VC. The JNUTA results reflect the division in the university. In almost all positions, the losing panel received around 150 votes, the majority siding with the Left-leaning group.

A senior professor, who wished to remain anonymous, commented, “The result proves decisively that the VC’s claim that only a handful of teachers in JNU is opposed to the initiatives being taken by them as false. Four of the seven candidates on this (Left-leaning) panel for the office bearers’ positions, including those for the posts of president and secretary, and another three for school representatives, were among the 48 teachers who were recently issued show-cause notices by the administration for participating in a strike. On the other side was a panel led by Milap Punia, who was the director of admissions when the controversial seat cuts in MPhil/PhD programmes were implemented in 2017 – which the Delhi high court described as a ‘national waste’.”

Some of the issues that the winning Atul Sood-led panel raised during the campaign were the alleged attacks by the VC on democratic processes of governance, absence of institutional processes from decision-making, sidelining of teachers, centres and schools of JNU in decision-making, attempts to introduce Central Civil Service rules for teachers, the proposed online entrance examination to admit research students, seat cuts and other such issues in the university.  The panel believes that JNU has been thrown into a state of “anarchy and instability” singularly because of the “undemocratic” functioning of the administration.

‘Teachers are against the VC’

Speaking to The Wire, Sood said, “The large turnout in the JNUTA polls indicates that teachers are very serious about their stakes in the running of the university. JNU is facing a huge crisis of ‘de-institutionalisation’. The institutional processes are being sidelined. Our campaign has been to restore the significance of the JNU act and also to bring back teaching and learning as the core agenda of the university. The numbers that we have got shows a strong support for our concerns.”

He said that the VC has been on an spree to introduce changes in the university system but has not even once explained how these “changes” would improve the current system.

Avinash, too, concurred with this view. “The current administration has been flouting procedures in a brazen way. It has tried to impose CCS rules for teachers, denied promotions to many senior professors, who the VC thinks is opposed to him. The fundamental duty of a teacher to do teach and conduct productive research. This VC is here to destroy this tradition,” he said.

“Any policy decision the administration took over the last years was not done in accordance with JNU statutes. The VC has destroyed all the institutional processes which were framed in consultation with all the stakeholders in the university. Now, all the crucial decisions are taken in a top-down approach, based on the whims of the VC,” he said, adding that any dissent against this is seen as “provocation and incitement”.

The elected JNUTA representatives now plan to carry forward their dissent against what they see as the VC’s “autocratic” functioning. To begin with, the association proposes to oppose the controversial online entrance examination that was proposed by the VC  to admit research students. It will also take up the issue of delayed promotions of senior faculty members.