Why the PM's New Research Fellowship Scheme Is an Utter Disaster

The scheme does nothing for the research ecosystem as a whole and makes no effort to ensure that there is no brain drain, which is one of its intended outcomes.

The scheme does nothing for the research ecosystem as a whole and makes no effort to ensure that there is no brain drain, which is one of its intended outcomes. 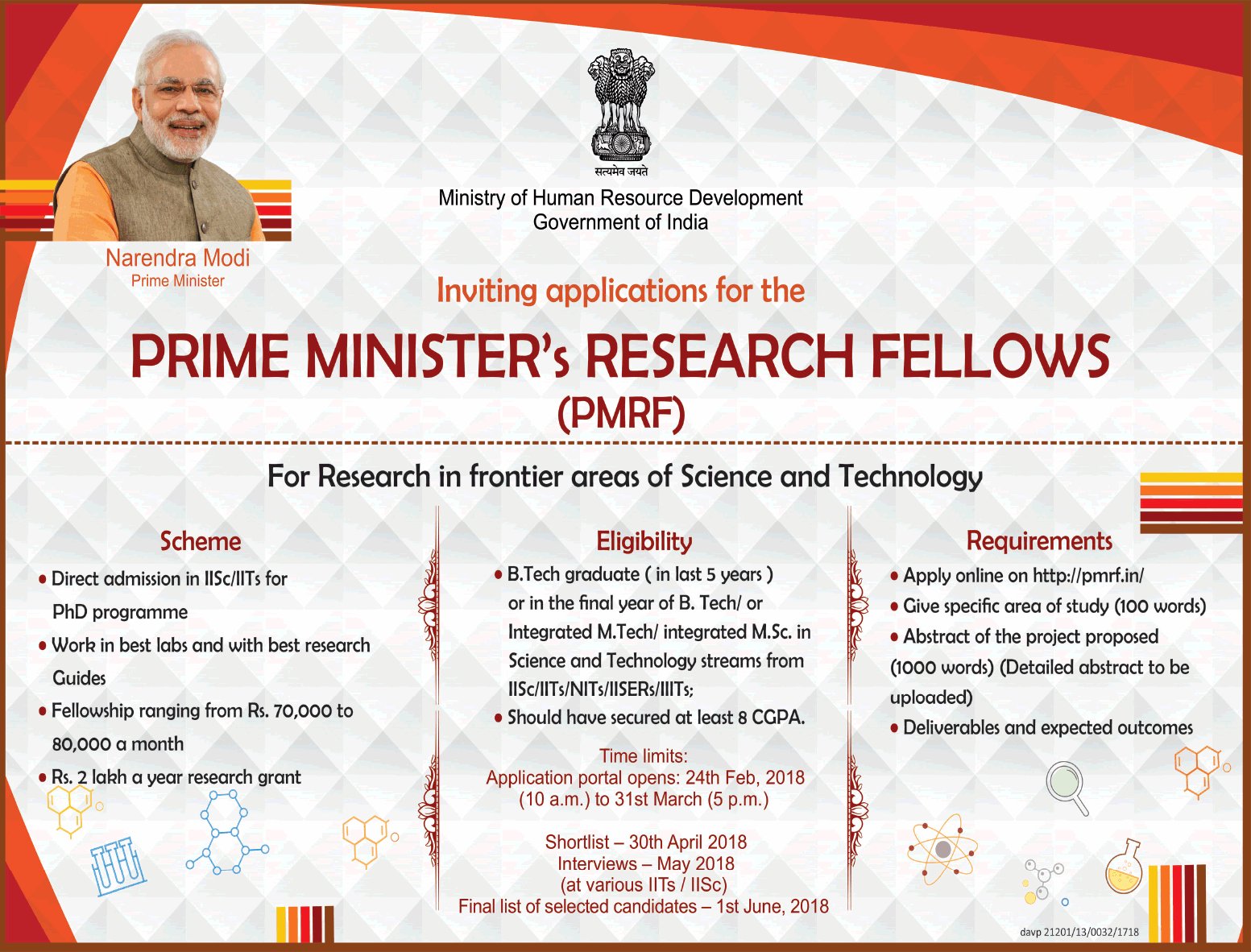 We have a crisis in hand. Not enough quality PhD students in STEM fields, leading to poor quality research and lack of quality faculty. The solution, we are told, is the Prime Minister’s Fellowship Scheme (PMRF).

In this scheme, the government wants to encourage undergraduate students (or those studying in five-year integrated programmes) from IITs/NITs/IISERs/IIITs (only centrally funded ones) to join IITs/IISc for PhD and offers them a huge financial incentive, both in terms of personal money (three times what regular PhD students in these institutes will get) and research grant.

This scheme is flawed in so many ways that I don’t know where to begin.

Are the graduates of these 60+ institutes the very best that this country produces? If yes, we have a much more serious problem of undergraduate education. Thankfully, there are many institutions in India which are better. I know computer science education in this country better than most other disciplines. Is there any doubt that IIIT Hyderabad provides a better CS undergraduate education than almost any NIT (if not all NITs)? Then there is IIIT-Delhi, BITS Pilani, Jadavpur, and I can go on and on with a large number of CSE programmes, which will be better than a majority of NITs. The lower half of NITs is really pathetic in computer science education (and I would guess in other disciplines as well).

So is this scheme for quality students, or is this scheme for centrally funded technical institutes (CFTI) students? The government should be bold enough and admit that this is to help CFTIs and not about quality. After all, these are their colleges. Of course, being the regulator of the sector and also a player in the sector is nothing new for the government. That it has led to seriously flawed schemes and conflict of interest issues over the past several decades should not deter the government from making the same mistakes.

But if they wanted to support their own colleges, why restrict it to only undergraduates? Is there any doubt that many IIT-K M.Tech students are much better prepared for PhD than B.Techs from several colleges in this list? Why not make the same offer to M.Tech graduates? There is a huge bias in favour of undergraduates in the system. “Getting a good rank in JEE is tougher than getting a good rank in GATE” is the mantra here, even if false, purely in terms of number of people who appear for the JEE (joint engineering exam) and GATE (graduate aptitude test in engineering).

Some people may argue that it is very difficult to come up with an exact set of good colleges in every discipline and the set that the government has chosen is good enough and while some good students will be missed, keeping it open to all students would have made it extremely difficult to ensure that only the best get this scholarship. Why couldn’t the the government let IITs decide who the best students are (even that is flawed as we will see next, but is better than restricting the pool to a few CFTIs)? The only reason that individual IITs and the IISc cannot decide who will get this fellowship is that the government cannot trust them. There may be good reasons not to trust IITs, but then if the best educational institutes in the country cannot be trusted individually and that the selection has to be done jointly by all IITs/IISc shows a much deeper malaise in our system, and perhaps the government needs to worry about that first.

So there is really no reason to restrict the talent pool to poorer quality colleges (strictly in relative terms, in absolute terms, many of the NITs are doing a fine job of preparing their students). It could be open to all and we need to figure out who are the best students working on research problems of national priorities.

For some strange reason, only the IITs and IISc are allowed to host PhD students. Again, are these our best institutions in STEM? I would guess that IISERs, TIFR, CMI and ISI would have stronger research programmes in science than most IITs. IIIT Hyderabad and IIIT Delhi would have stronger research programme in computer science than most IITs. Why are we forcing the cream of the nation to do research in second-best colleges? Is the IIT mafia at work here?

Is it really very difficult to come up with a programme in which quality students from all backgrounds are selected and the student can work in any institute? 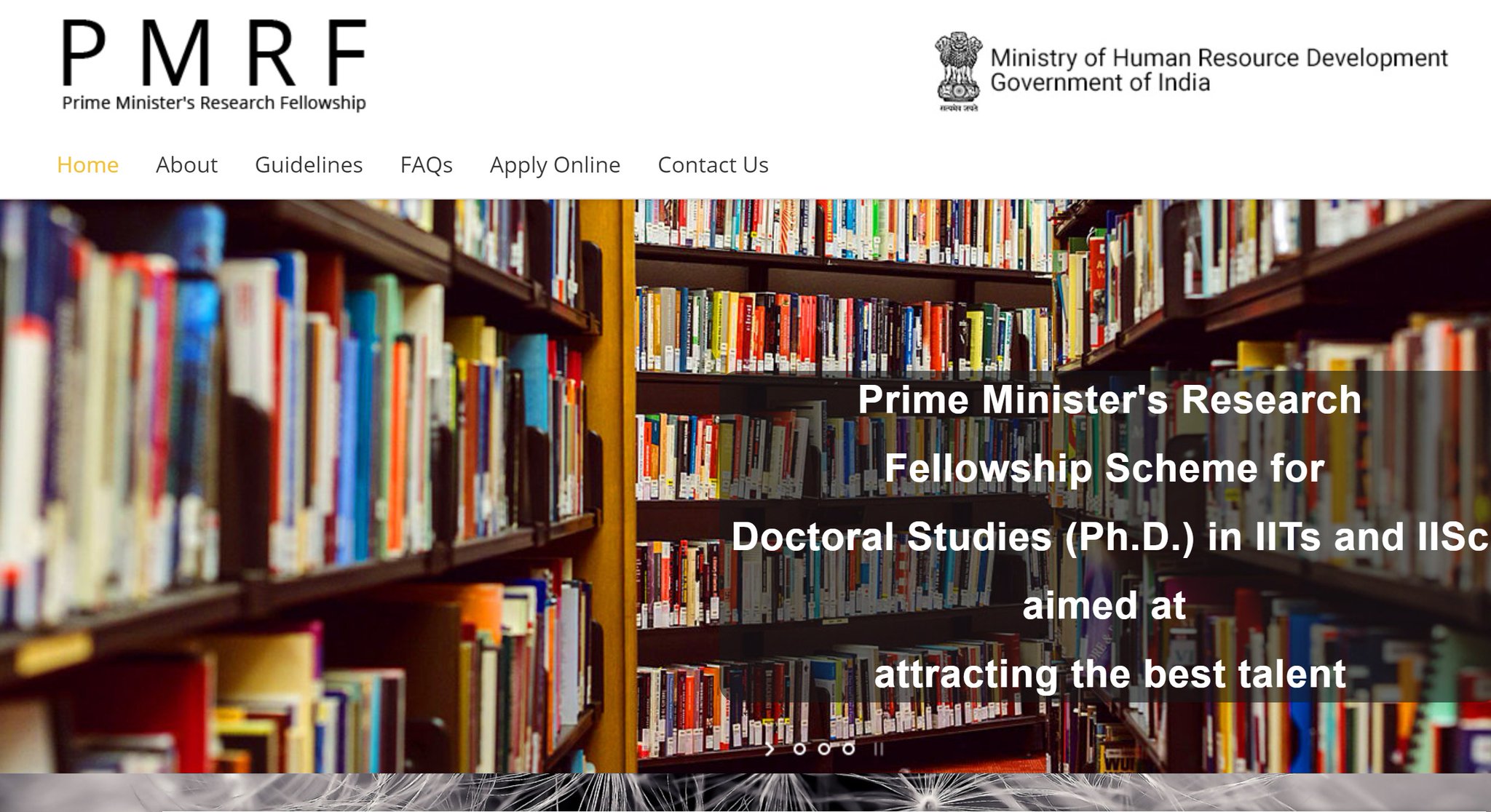 The third problem in the scheme is that of the quantum of support. Given that it is an extremely biased scheme, the huge difference with the existing assistantship amount will demoralise a lot of PhD students. At IIT Kanpur, we are admitting about 250 PhD students a year. Only a fraction of these would get the PMR fellowship. Now, many of those 250 students will actually perform better than these PMR fellows. How would they feel about the system? Those who do better research get paid less and those who do worse research get paid more. Why? Because these other students got a few marks less in the JEE a few years ago or they were smart enough to find out that a lot of state/private colleges are actually far superior to NITs. The goal of the scheme is ostensibly to encourage PhD research. But the scheme will only end up discouraging a large number of excellent students from doing PhD.

The assistantship of other PhD students gets raised only after many years (the last raise was in 2014, if I remember correctly). Should we not move to a system where some increment is given to PhD students every year to take care of inflation? Again, look at all the cogs in the wheel.

The student will be interviewed by a panel consisting of one faculty representative of each institute desirous of admitting a PhD student with a PMR fellowship in that discipline. For most core disciplines, this means that 24 professors will be interviewing a student. I can’t imagine facing an interview board of 24 persons. I would be too stressed and won’t be able to perform in such an environment. And, of course, if a student gets nervous, we will be quick to declare that s/he is not good enough for the PMR fellowship.

It is also not clear how the decision will be taken. If some IITs want to admit a student, but some other IITs don’t want to admit the student, will that be possible? Will we tell the student that as far as IIT-X is concerned, you did well in the interview, but IIT-Y thinks that you did not do well in the interview? Or are we going to tell him, IIT-X being a second rate IIT has agreed to admit you, but IIT-Y being the first rate IIT has decided not to admit you? Is there clarity on this?

Numbers are not promising

About 30,000 students are graduating from all those lucky CFTIs. One would guess that about 30% of these students would have a CGPA of 8.0 or higher. So the total number of eligible students is, say, 10,000. Will we be able to attract 1,000 students out of 10,000 to do a PhD in the IITs/IISc? I have my doubts. What it will result in is that anyone from any of those CFTIs with 8+ CGPA can do a PhD in some IIT.

I think as of now, there are around 300 students from these CFTIs doing PhDs in the IITs and IISc, and may be another 100 doing PhDs in other institutes. What this scheme will do is that those 300 who would have joined anyway with a low assistantship will get a higher fellowship. Most of those 100 in other institutes will now shift to IITs. May be another 100 who are not doing a PhD will get attracted to the degree the primary aim of this scheme. And another 200 will join the scheme since the money is good, but will not be able to complete their PhD. So, may be they will be able to select around 700 PhD students in all. But the net addition due to this scheme who would also perform well and complete a good PhD would be only 100. And to add these 100, we would have lost another 100 who would have been demoralised by this scheme. So the net impact of this scheme will be zero, if not negative.

And remember, the scheme is only talking of attracting quality students to PhD programmes in quality institutions. There is no thought about how we would ensure that these students, after completing their PhD, remain in India. Why wouldn’t they join foreign places?

So we have a scheme which deliberately prefers students from poorer quality colleges, prefers them to do a PhD in poorer quality colleges, and is based on mistrust of the best institutions in the country. It is discriminatory, demoralises other good students in PhD programmes, does nothing for the research eco-system as a whole, and does nothing to ensure that there is no brain drain – a stated goal of the scheme.

They could have taken inspiration from another large PhD fellowship scheme of the government, the Visvesvaraya PhD Scheme, managed by Media Lab Asia, under the Department of Electronics and IT. It is not as if I agreed with everything they did, but it was so much better. There was no discrimination (except that the PhD scholars could not be at new private institutes who had not been accredited or approved), the amount was only marginally higher, there was a scheme for faculty too, there was money for the department to improve research infrastructure, there was money for conference travel. It was designed keeping in mind that not every institute is as well endowed as the IITs, and yet, not every good PhD research is taking place in an IIT. The scheme made a significant impact as far as PhD programmes in IT are concerned.

This article was originally published on Dheeraj Sanghi’s blog and has been republished here with permission. Sanghi is a professor in the computer science department at IIT Kanpur.