When it Comes to Reopening Schools, What Are We Waiting For?

Primary school students face the lowest risk from COVID-19 but stand to lose the most in terms of nutrition, social play and foundational skills. Yet, they remain forgotten in Union and state governments' reopening agendas. 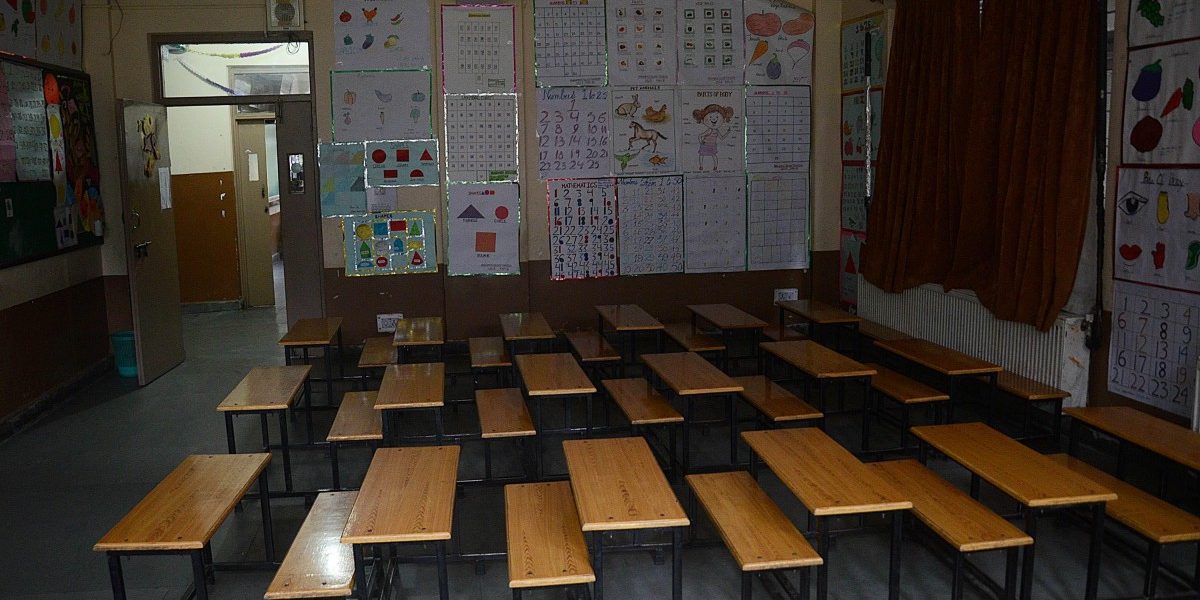 We know more about COVID-19 today than we did in March 2020, when schools were first closed.

We know that the impact of this extended closure is devastating. The delta variant has already ravaged India. Cases are low, except in some areas and adult vaccination coverage is increasing. Everything else is open. SARS-CoV-2 is expected to become endemic, though this theory has its challengers.

As an epidemiologist told Nature, eradication is “…a lot like trying to plan the construction of a stepping-stone pathway to the Moon. It’s unrealistic.”

Domain experts at AIIMS, ICMR, Indian Academy of Paediatrics, Indian Association of Preventive and Social Medicine, NITI Aayog, UNICEF and WHO have spoken. School is essential and children’s vaccination is not a prerequisite.

Why then are schools still closed? What are decision-makers waiting for?

The Union government left the matter of school openings entirely to states despite education being a concurrent subject under the constitution. Instead of encouraging states to prioritise in-person education, the Union government waxes eloquent about the “success” of online education. States with tourism links were offered vaccines on priority. Many states have opened schools but others, such as Delhi, continue to dither with no indication of the goalpost for junior classes.

A statement by Arvind Kejriwal, the Delhi chief minister, in mid-July, 2021 tying school opening to vaccination created more confusion than certainty; no one knew whose vaccination he meant. Delhi’s education minister, Manish Sisodia, opened a public consultation on the matter, resulting in an overwhelming pro-opening majority. The Delhi government took cover under an expert panel, which in late-August recommended a phased reopening of schools; however, Kejriwal threw a spanner in the works by declaring, at a cinema inauguration, that he could not risk children’s health.

Children are not banned from cinemas, only from school.

Nevertheless, a phased reopening began with classes nine to 12 on September 1. Classes six to eight did not begin on September 8, as scheduled, for undisclosed reasons.

On September 15, the Delhi Disaster Management Authority (DDMA) bowed to the business exhibitions’ lobby and on September 29, permitted festive celebrations, but kept schools closed for students up to class 8. In mid-October, Kejriwal wrote to the lieutenant-governor of Delhi, citing low COVID-19 cases and urging him to follow the example set by neighbouring  states. This was, however, for Chhath Puja, not for schools. Primary school children remain forgotten, despite facing the lowest risk from COVID-19, but maximum losses in terms of nutrition, social play and foundational skills.

In mid-August, a student approached the Supreme Court of India with an ambitious prayer: to reopen schools across India. Files gathered dust until September 20, when the court encouraged the student to withdraw the petition and focus on studying. The Supreme Court separately asked the Kerala government’s counsel to assure the court that not a single student would be infected in offline exams. Were such assurances demanded when construction sites, factories, markets and public transport were opened? Indian courts are transitioning to physical opening, but surely the Chief Justice of India has not guaranteed that not a single advocate will be infected.

Although every other activity involves human lives, these did not need extensive deliberations to open. Either they were classified as essential or they pleaded economic distress. The reality is that education is not seen as essential. After all, India slashed its education budget in a pandemic year.

Private schools have no incentive to lobby for an opening; fees are capped (in Delhi, for example) and governments and parents are ready to penalise them if even one COVID-19 case occurs. In any event, private schools do not have the luxury of pleading economic distress; education is seen as a social service and they would come off as greedy. As for children’s future earnings losses, this is too remote a consequence.

The only factor that could have possibly turned the tide is the voice of the prominent or the affected. Respected industrialists Anand Mahindra and Rishad Premji tried but failed. Children have no voice. Parents are divided, with some leaning towards online education. Most such parents have access to online education; devices, internet, quiet spaces and so on. No amount of science is likely to change their minds. Nevertheless, they are entitled to their opinion and I respect their choice.

Other parents, who are in favour of in-person education, are a sizeable lot. For example, in Delhi, 90% of the 8,00,000 parents of government school children and 68% of the 33,000 who emailed Sisodia were in favour of opening of schools. Based on a survey of approximately 1,400 underprivileged households across 15 states and Union Territories, the ‘Locked Out: Emergency Report on School Education’ states 97% of rural parents and 90% of urban parents want schools to open.

Political leaders perhaps fear backlash from courts, a section of parents who ask for unrealistic guarantees of zero COVID-19 cases and from oppositions who gleefully cash in on the angst of these parents. The same Aam Aadmi Party that promises education in Delhi questioned Punjab’s decision to open schools, asking if Punjab was completely free of COVID-19. It is easier to pander to the fear of COVID-19 and aspire towards a utopian zero-COVID or 100% vaccinated India than to take an evidence-based decision to open schools. It is easier to celebrate the success of online education than to acknowledge a survey that reports only 8% of rural children are regularly studying online and about half are unable to read a few words.

It is easier to allow everything else to open than to acknowledge that adults take infections home to their children. It is easier to reiterate that we are a ‘Digital India’ than to fix the problem. Long-term consequences simply do not feature in political calculations; keeping schools closed is low risk whereas opening them is a high-risk gamble for a politician’s future.

Based on UNESCO data, India ranks third in the ignoble competition for the longest school closures (behind Uganda and Nepal). We have learnt to live with dengue, influenza, accidents and other risks. The second wave was devastating but we are learning to live with SARS-CoV-2, everywhere except schools. The collective apathy to the state of our children is a disservice to their futures – to India’s future. It is time to stop asking for guarantees. In life, there are no guarantees, only risk mitigation.

A zero-COVID-19 India is as much of a pipe dream as a digital India. According to scientists, COVID-19 vaccination for children is not a precondition for attending school. Why are children being deprived of their childhood and a meaningful education almost 600 days into this pandemic? What are we waiting for?

Tanya Aggarwal is a New Delhi-based lawyer and parent of a class 1 child. She is an alumnus of the National Law School of India University, Bengaluru, and Harvard Law School. She Tweets at @tanya_aggarwal1.